DMX is probably breathing a sigh of relief now that a lawsuit against the rapper that could have cost him $630,000 if he'd lost has been dismissed. And it wasn't dismissed by a judge – the party that was suing DMX, a booking agency by the name of Heavy Rotation voluntarily dismissed the lawsuit on their own accord. It's not known how or why this happened, at least not yet. 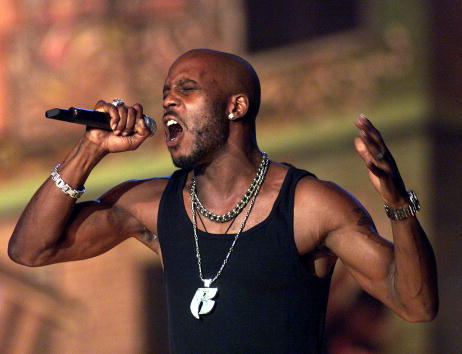 The lawsuit alleged that Heavy Rotation and DMX has an agreement to launch of comeback tour of concerts back in 2011. But, DMX was not the most cooperative participant in his own comeback tour, and according to the lawsuit he sabotaged the whole thing and left Heavy Rotation with the check. They claim to have blown almost $750,000 on the whole botched operation – which, interestingly, is more than the $630,000 they were seeking in damages. Maybe they just had a really bad lawyer?

Anyway, it's good news for DMX that the people at Heavy Rotation have dismissed their lawsuit and he doesn't have to defend himself before a judge or jury. Maybe the booking agency found out they didn't have case, or decided it wasn't worth the trouble. But there is a third possibility: That the parties were able to reach some kind of settlement away from the courtroom. This is just speculation, though, and there hasn't been any reports of a financial (or any other kind of) settlement being made between Heavy Rotation and DMX.

As for DMX, he claims to be hard at work on a new album. The new record is called Undisputed, and it's at the center of some weird legal wrangling between DMX and the record label, with the release date being pushed back several times this year. Perhaps now that DMX doesn't have this lawsuit to deal with he can focus on getting this album released and finally staging a real life comeback.