Earlier this week, SMS Promotions, the boxing promotions company owned by 50 Cent, aka Curtis Jackson, filed for bankruptcy. According to a statement released by the company, SMS Productions filed for Chapter 11 Bankruptcy to "[allow] the company to reorganize in an effort to protect its investment in world in worldwide boxing promotion and a promising stable of talented, young fighters." According to court documents, Jackson's company reportedly has $100,000-500,000 worth of debt. The 39-year-old rapper launched SMS Promotions back in 2012, after he and boxer Floyd Mayweather had a nasty falling out that ended their collaboration on a promotions company called "The Money Team".

Though 50 seems to have taken a hit with SMS Productions, with a total net worth of $270 million, the rapper turned entrepreneur has definitely had his fair share of successes when it comes to the world of business. Let's take a look at some of his past successes. 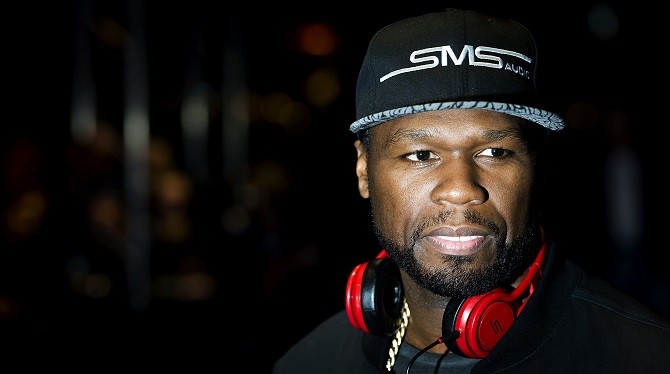 50's first big business venture came in the form of the creation of G-Unit Records in 2003. The record company, which currently operates under Capitol Music Group and Caroline Records, has released 16 albums over the course of its 12 years of operation, with seven of those albums  earning RIAA certifications of "Platinum" or higher.

In November 2003, 50 signed a five-year deal with Reebok to distribute a G-Unit shoe line, which included a cross-trainer sneaker and a boot. The deal earned 50 an estimated $20 million.

Perhaps 50's most famous business venture was his deal with beverage company Glacéau. 50 signed the deal with the company in October 2004, in which he was given a minority stake in the company in exchange for having the company create an enhanced water drink called Formula 50. 50 also served as a spokesman for the company as part of the deal. In 2007, Coca-Cola purchased Glacéau for $4.1 billion, which paid the rapper $100 million after taxes.

In 2011, 50 founded SMS Audio, a consumer electronics company that manufactures and markets headphones. The company partnered with DJ Pauly D in 2012 to create a new line of headphones, and received investments from music producer Timbaland and NBA player Carmelo Anthony in 2013.

50 launched the Street King energy drink in 2011, which is sold in 2.5 US fl oz shots, which contain 285 mg of caffeine – comparable to 2-3 cups of coffee. Jackson vowed to provide a meal for a child in Africa for every Street King energy drink shot purchased. The drink was renamed SK Energy in 2012. The drink has been endorsed by the likes of Pauly D, NFL player Wes Welker, and NBA player J.R. Smith.

50 has obviously won more than he has lost in the world of business. Though SMS Promotions seems not to have worked out, we're confident that 50 will bounce back.