By Brian Warner on December 18, 2014 in Articles › Celebrity News

As part of his never ending quest to either become wealthy, or die from the various attempts, 50 Cent just signed a highly lucrative, and semi-unusual endorsement deal. Last night 50 Cent announced via Instagram that he had signed a $78 million contract to endorse an underwear brand called FRIGO. Some people thought he was kidding or exaggerating, but a few hours later 50 confirmed the deal during an appearance on Late Night with Seth Meyers. Here's how he announced the partnership over Instagram:

"I just did a deal for $78 million for underwear. What did you muthafuckas do today? Lllllllllooooolllllllllll #Boom #FRIGO"

During the Seth Meyers appearance, 50 remarked how he was excited to be joining fellow FRIGO endorsers Derek Jeter and Carmelo Anthony. It's unclear at this moment if Derek and Melo earned the same eight-figure payday. According to a press release, FRIGO's products "were created to revolutionize the underwear industry by offering men optimal comfort, moisture-control and support, with style and practicality in mind." Finally! Like I've been saying for years – If there's one thing I've always hated about my underwear, it's how impractical they were and how they were utterly devoid of moisture-control options. 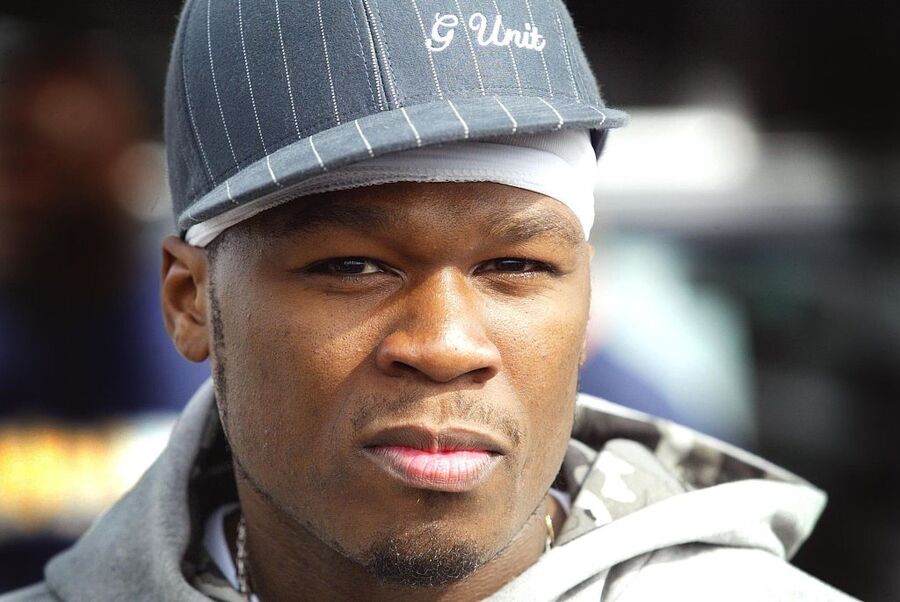 This is not 50 Cent's first foray into the world of product endorsements. In fact, when its all added up, music sales hasn't actually contributed all that much to 50 Cent's current net worth of $270 million. The largest chunk of 50's net worth actually comes from just one deal. As most of you know, that deal was with Vitamin Water.

Back in 2003, 50 landed a deal that would pay him $5 million to appear in a series of Vitamin Water commercials. In exchange for what was a drastically reduced appearance fee, 50 was also given a 5% equity stake in the company. 50 and Vitamin water then worked together to come up with a flavor of the drink that they called "Formula 50". Within months the world was inundated with commercials, posters, bus ads and radio spots featuring 50 Cent as the pitchman for Vitamin Water.

The 50 Cent campaign was a massive success and launched Vitamin Water on a global scale. Within a year, Vitamin Water's sales exploded to the point where it controlled 30% of the U.S. sports water market. Annual revenues grew from $100 million, to $355 million to $700 million between 2005 and 2007.

On May 25, 2007, The Coca Cola Company acquired Vitamin Water's parent company Glaceau for a mind-boggling $4.1 billion in cash. That purchase price earned 50 Cent $200 million before taxes. That $200 million was more than ten times what 50 Cent had made selling records up to that point.

So what's the lesson here? Get rich or die trying by endorsing the things you love in real life! Like sports drinks. And underwear.