Earlier this morning, a lawyer named James Berman in Hartford, Connecticut filed a voluntary petition seeking Chapter 11 bankruptcy protection for his client. This would not normally be newsworthy, but Berman's client seeking the protection was listed as "Curtis James Jackson, III". Better known to you and me as rapper/producer/actor/entrepreneur 50 Cent. WHAT THE WHAT?!?! 50 Cent, who has historically been known to be one of the richest and most successful rappers on the planet… is broke? How can that possibly be??!! Honestly, my eyes and brain could not comprehend the text that I was reading in today's Wall Street Journal, where this story first broke. So I spent the last 30 minutes speaking with a bankruptcy attorney (my dad) to understand more about what might be going on. And as you might suspect, there is a lot more to this story…

Ok, so believe it or not, a lot of 50's current financial woes can be traced back to a sex tape and his longtime hip-hop rival Rick Ross. More specially, Rick Ross' baby momma Lavonia Leviston. Back in 2009, a 13-minute video appeared online that featured a wig-wearing 50 Cent playing a character called Pimpin Curly. Pimpin Curly introduced and made explicit comments about a sex tape that featured Ms. Leviston. Rick Ross was not in the video, but he does have a daughter with Leviston. At the time the video was released, 50 and Ross were in the midst of a very heated and very public rap battle.

On Friday, a jury in Florida awarded Ms. Leviston a $5 million judgment. The judgment was made up of $2.5 million for using her image without permission and another $2.5 million for emotional distress. But that's not all. The jury still has the ability to levy 50 Cent with punitive damages. And punitive damages can be pretty much unlimited. So with Friday's judgment, the judge in the case also gave 50 Cent a week to produce a detailed accounting of his assets and net worth so the jury could decide how much more he will owe in punitive damages. 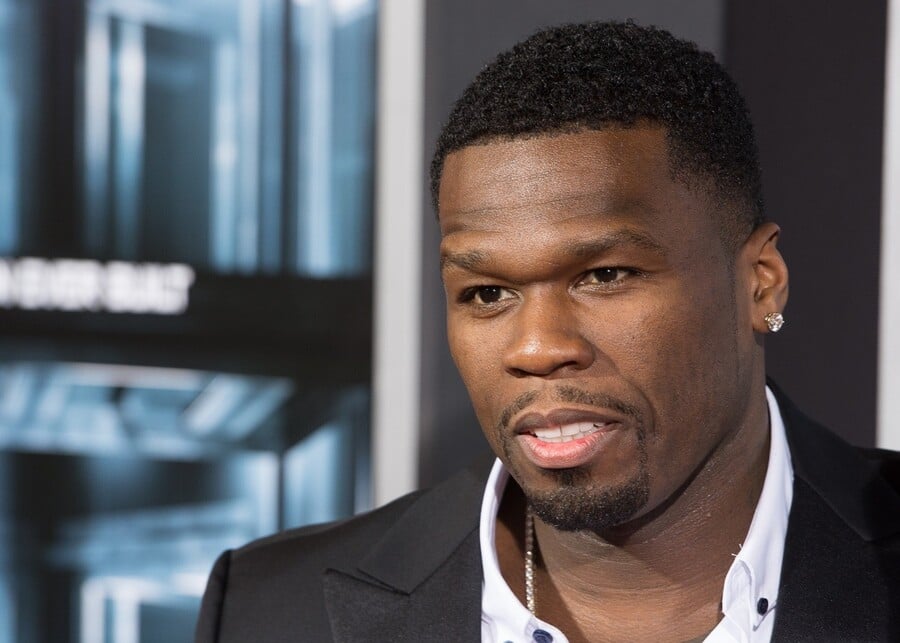 To make matters worse, last December 50 Cent was ordered to pay $17.5 million to a rival headphone company called Sleek Audio. Sleek Audio won the damages after proving that 50, a former partner in the company, stole extremely valuable trade secrets and technology which were then used to launch his own brand of headphones SMS Audio. So from these two cases alone, before punitive damages are even awarded in the Leviston case, 50 is already on the hook for $22.5 million in court judgments.

As we mentioned in the first paragraph of this article, early this morning Curtis James Jackson, III filed for Chapter 11 individual bankruptcy. In the filing, 50 claimed to have assets valued at somewhere between $10 million and $50 million. He also claims to have debts equal to the same amounts. In case you are interested, 50 lists his home address in the filing as 50 Poplar Hill Dr, Farmington, CT 06032. That's the address of this incredible 19 bedroom mansion that belonged to Mike Tyson. Guess how Mike lost the mansion… Bankruptcy.

So what's going on? Is 50 Cent really bankrupt?

Honestly, it's very difficult to say right now because some other interesting legal maneuverings might be happening. According to the bankruptcy attorney I spoke with this morning (full disclosure, my dad), it would appear as though filing for bankruptcy could be a strategic move for Jackson. It's highly possible that 50 Cent filed for bankruptcy today for three very important reasons:

#1) Filing for bankruptcy immediately prevents Lavonia Leviston from being able to disrupt his current business operations or place liens on his assets to collect Friday's $5 million judgment.

#2) Filing for bankruptcy would force both Leviston and Sleek Audio to the negotiating table to renegotiate the $22.5 million worth of outstanding judgments.

#3) Filing for bankruptcy would prevent the jury in the sex tape case from being able to award Ms. Leviston further punitive damages.

After filing for bankruptcy, 50 Cent has exactly 15 days to produce a detailed list of his assets and liabilities. He could also withdraw the bankruptcy at any point before or after those 15 days have passed. Contrary to what you might assume, you don't actually need to be totally bankrupt to file for bankruptcy protection. Bill Gates could file for bankruptcy right now. It probably wouldn't go very far, but he could do it. One of the best examples of this is General Motors. By filing for Chapter 11 bankruptcy back in 2009, GM was able to force its creditors (banks, trade unions, the government and various other bond holders) to come to the negotiating table to work out a deal that would allow the company to survive. The plan worked pretty perfectly. Within a year, GM had reduced its debts from $94.7 billion to $17 billion and today the company is thriving.

Jackson's attorney just released the following statement which confirms what we are supposing above:

"This filing for personal bankruptcy permits Mr. Jackson to continue his involvement with various business interests and continue his work as an entertainer, while he pursues an orderly reorganization of his financial affairs."

50 Cent is likely hoping for a similar outcome to play out. Filing for Chapter 11 essentially buys him some time to sort this all out or to be given permission to pay down a reduced debt over time in installments rather than in one lump sum. He would also want to reduce his massive court-ordered debts while not interrupting his business operations or selling assets.

And in case you were curious, before today we estimated 50 Cent's net worth to be $170 million. Now before you go and say we were totally insane and off-base, just a two months ago Forbes estimated that 50 Cent was worth $160 million. Just last week the New York Times referred to 50 as "a man of exceptional business instincts." So clearly there was some major misinformation out there. But this also seems to be a pretty extraordinary situation. If 50 really is only worth $50 million, or less, what happened to the $150 million he made from Vitamin Water alone? I personally can not wait to read his asset and liability disclosure in 15 days. It will be like Christmas morning for net worth trackers like me…