Former NFL wide receiver Braylon Edwards has joined the ranks of the Good Guy League after donating the entirety of the settlement of a $14 million lawsuit to charity. This is especially impressive if you stop to remember that Edwards is currently without gainful employment, which was the subject of the lawsuit in the first place.

Edwards made the claim in court that a bar and restaurant in Detroit was culpable for an incident in which Edwards, some friends of his, and some employees of the bar were involved in a scuffle that led to at least one party being stabbed with a fork. In the lawsuit, Edwards claimed that the incident led to the dissolution of a $15 million contract with the San Francisco 49ers. 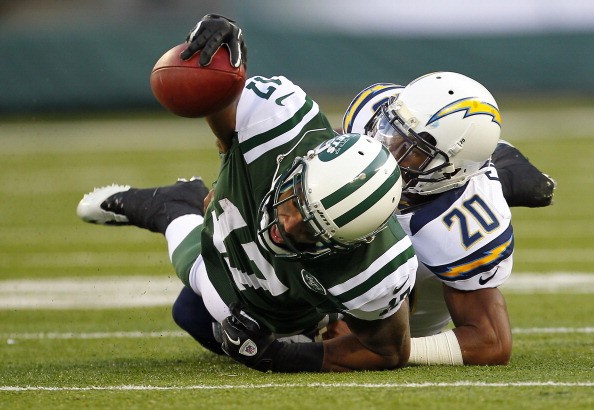 Of course, the settlement ended up being a lot less than the $14 million sum Edwards and his attorneys were claiming to be entitled to. Here's a bit of the statement from the restaurant, called South Bar:

"The insurer for South, despite the absence of any evidence to support Edward's claims and the failure to respond to South's discovery requests, agreed to settle Edwards frivolous suit for nuisance value in the amount of $10,000. Edwards sought out the settlement, while South continued to defend against his meritless action. South admitted no responsibility in connection with the settlement."

So as you can see, that $10,000 check came with a little bit of a public "screw you" from the people at South. But Edwards responded in a higher fashion, donating the money to a fund that goes to support education for a hundred underprivileged kids. So maybe this ended up being a positive experience for everyone involved.