By Brian Warner on April 6, 2015 in Articles › Celebrity News

Over the weekend, "Furious 7" debuted to humongous box office numbers ($146 million to be precise). The film ends with a tribute to Paul Walker that is apparently leaving many moviegoers in tears. In case you didn't know, Paul was a pretty amazing guy on and off the big screen. Nothing illustrates his off-screen amazingness quite like this story of a random act of kindness he performed back in 2004 for a total stranger. We originally posted this article in December 2013 right after Paul's tragic passing, but wanted to repost today because it deserves to be told again and again…

The more I learn about the life of Paul Walker, the more bummed I am that he is gone. I know it might seem lame to feel that way about a person I did not personally know at all, but Paul truly might have been the coolest celebrity of all time. Not only were his movies fun and exciting no matter your language, location, age or race, but every story that has come out recently about Paul just further underscores what an amazing human being he was. This is a guy who had the talent, money and looks that easily could have allowed him to act like an arrogant Hollywood jerk, yet by all accounts Paul was exactly the opposite. It turns out that when he wasn't acting, Paul was volunteering with a number of charities. He personally helped deliver emergency supplies to people in Haiti and Chile after those countries suffered debilitating earthquakes. Tragically, when Paul died on Saturday, he was actually coming home from a charity event that was raising money for the victims of the recent Philippines typhoon. And perhaps what's most impressive about Paul was that he performed all these amazing acts of charity pretty much anonymously. They weren't PR stunts. He wasn't seeking to land a magazine cover or promote a movie. And as if all this wasn't impressive enough, a story came out today that might be favorite of all. I'm not afraid to admit that it actually made me tear up a bit. 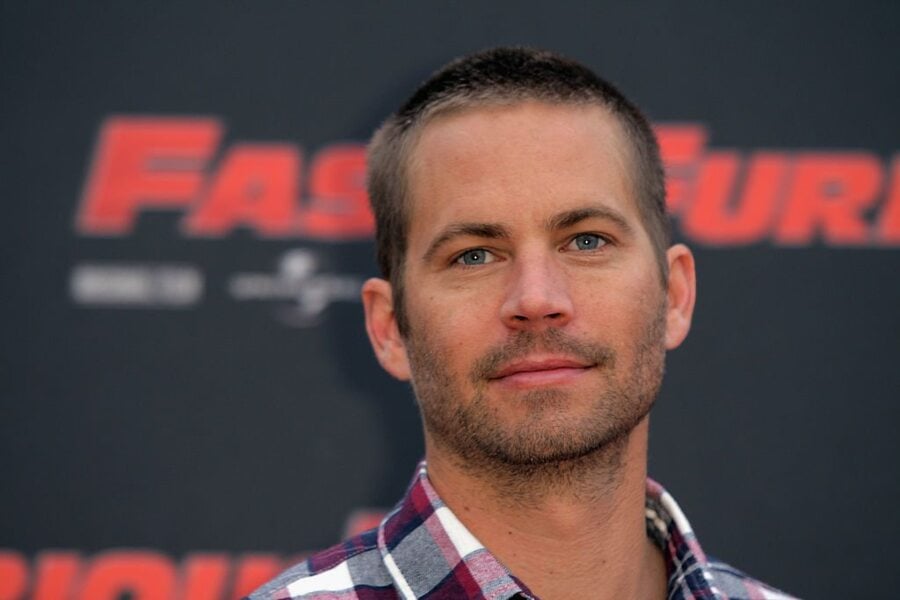 Back in November 2004, a military man named Kyle Upham had just returned from a tour of duty in Iraq and was spending some much needed R&R with his fiance Kristen. Kyle was due to ship back to Iraq for his second deployment in a matter of weeks so he and Kristen decided to spend a weekend trip in Santa Barbara as a special treat. During their weekend getaway, the newly engaged couple wandered into a jewelry store. As Kristen puts it "the sales people should've laughed us out of there, we couldn't even afford a simple chain". But still, Kyle wanted to buy Kristen a ring she loved before he left. As they were trying on different rings, Kyle and Kristen noticed that another customer had walked in and was chatting up the store's clerk, Irene King. That other customer was Paul Walker. Kyle, who happened to be a huge fan of the Fast & The Furious movies, walked straight up to Paul and struck up a conversation. Kyle explained to Paul that he was a huge fan, had just come back from a tour of duty and was about to return to Iraq for the second time.

Again, in Kristen's own words:

"When he found out Kyle just came back from Iraq, I remember seeing the look in his face. He kind of transformed. He treated Kyle as if he were the celebrity. He shook Kyle's hand and told him how thankful he was for his service. I was busy looking at rings. I fell in love with the most beautiful ring I had ever seen. With a price tag of $9000, there was no way we could afford it. It cost more than what me and Kyle made in a year. We ended up leaving to lunch without the ring."

They may not have gotten the ring, but at least they both got to meet Paul Walker. End of story, right? Wrong. Just a heads up – What happened next might make you tear up a little, so our male readers might want to get some chopped onions ready on standby.

Later that day, Kyle received a strange phone call from the store's sales clerk, Irene. Irene requested that the couple return to the store as soon as possible. They figured this was just a sales technique trying to get them to come back and plunk down a credit card or something. Intrigued, Kyle and Kristen hopped back in the car and drove over. When they walked into the store, Irene walked over and said: "Here is your ring. It's been paid in full and the diamond purchased for the ring was one of the best quality in the store". All Irene would say was that an anonymous customer had paid for the ring, and she refused to reveal the identity, wink wink 😉 ;). But considering there were no other customers in the store a few hours earlier, Kyle and Kristen had a pretty good who their anonymous angel was.

Just as Kyle and Kristen suspected, Paul Walker was their generous ring angel. Apparently Paul overheard that Kyle and Kristen couldn't afford the dream ring. After they left the store, Paul walked up to the manager and requested that she put it on his tab. He also requested to keep the gift anonymous. Irene honored his request to remain anonymous for nearly a decade and only revealed the truth this week because she felt the world should know Paul's true character.

The Uphams are still together today, in fact they now have three gorgeous kids together! And, not surprisingly, Kristen still wears her dream ring every day. Kristen maintains that Walker's random act of generosity is the kindest thing anyone has ever done for her. Once again in her own words:

"This man was so much more than a movie star. He was humble and sincere and truly wanted to help people in need. And he actually did. He put his money where his mouth was not for recognition but because he cared. He made a huge impact on my life and I'm sure many others. He will be missed".