20 Under-The-Radar Facts And Observations From The Super Bowl

By Joey Held on February 1, 2015 in Articles › Celebrity News

Super Bowl XLIV was quite the spectacle. From Katy Perry essentially riding the "The More You Know" star to the Patriots and Seahawks giving us an on-field battle for the ages, culminating in an interception at the goal line, there was tons of action. You'll hear plenty of people talking about Julian Edelman's winning touchdown grab, or Jermaine Kearse's insane bobbling, falling down catch, or Seattle's decision to not run the ball from one yard away when you have arguably the best running back in football, but we're here to cover everything you may NOT have noticed during the game. 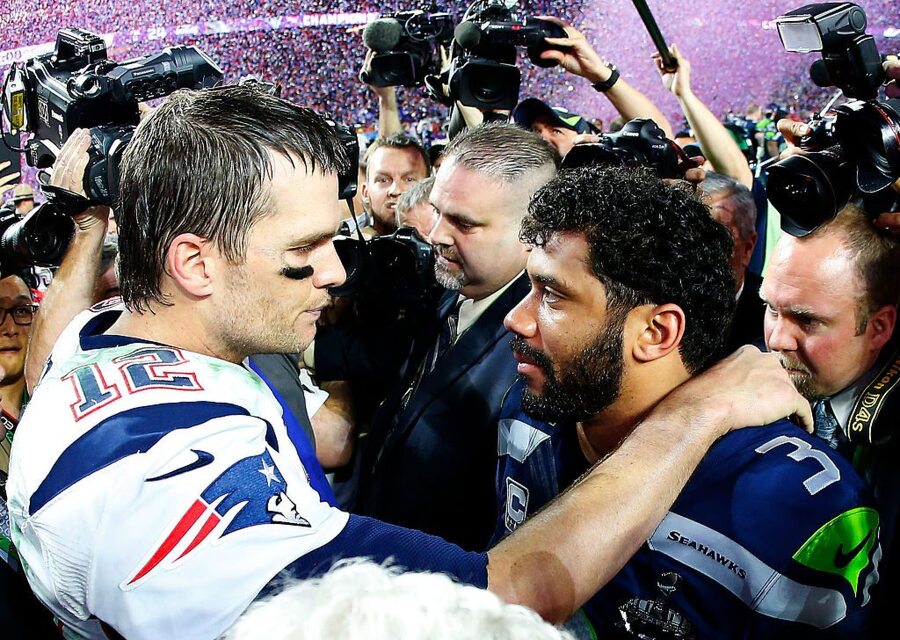 1. Idina Menzel's performance of the National Anthem went on for two minutes, four seconds. Thanks to a large number of bets on the over, Vegas actually took the line off its boards, which was two minutes and two seconds.

2. Katy Perry's halftime performance, meanwhile, was 12 minutes and 16 seconds, and featured four costume changes and nine songs. The number of shark memes from tonight is currently at 600,000.

3. The cost of a 30-second Super Bowl commercial was $4.5 million. And that was just to secure a spot during the game.

4. Outside of Marshawn Lynch, every Seattle receiver who caught a pass was signed as an undrafted free agent.

5. The AFC West had surprising success against both of these teams: the Chiefs, who missed the playoffs, beat both of them; the Chargers soundly beat the Seahawks, and hung with the Patriots for three quarters, and the Raiders, who finished a strong 3-13, played both Seattle and New England to within a touchdown.

6. Chris Matthews caught exactly zero passes prior to tonight's game, unless you count his recovery of an onside kick in the NFC Championship Game a catch. NFL statistics don't, though, which made his four catch, 109 yard and a touchdown day all the more impressive. Prior to being signed by the Seahawks, Matthews was working at a Foot Locker. Wonder how that resignation went.

8. Speaking of zero points, the Patriots have never scored a first quarter point in any of the six Super Bowls during the Belichick-Brady era.

9. Jeremy Lane recorded the first interception of his career when he picked off Tom Brady in the end zone, then promptly proceeded to break his wrist during the return. It was a truly horrific injury, and hopefully he recovers in time for next season.

10. Malcolm Butler also recorded the first interception of his career when he picked off Russell Wilson in the end zone. The first and last interceptions of the game were both caught right on the goal line. Such symmetry.

11. As you may have guessed, Butler is the only player from the University of West Alabama to make it to the Super Bowl.

12. This is the second Super Bowl in a row where the final interception was recorded by a player with the first name Malcolm.

13. The Seahawks got their first completion with 5:40 left in the first half. That's the second-longest amount of time to complete a pass in the Super Bowl. The first? The Patriots in Super Bowl XX, against the Chicago Bears.

14. Brady's pass to Julian Edelman with 2:02 left, gave Brady the 13th of his Super Bowl career–the most in Super Bowl history.

15. Brady's 37 completions is also the most in Super Bowl history.

16. The touchdown celebration that got Doug Baldwin a 15-yard unsportsmanlike conduct penalty? Pretending to, um, use the bathroom, with the ball as the commode.

17. All of Brady/Belichick's Super Bowl appearances have been determined by four points or fewer.

18. There were five shots of the Grand Canyon during the game, all coming in the first half. It doesn't look nearly as impressive at night.

19. The song "I Would Walk 500 Miles" by The Proclaimers made appearances in two different commercials–one as a cover by Sleeping at Last. The original song was in an H-E-B commercial, and the cover was in a Budweiser commercial with that cute puppy teaming up with horses again. As a side note, that's gotta be one of the most unaware owners in history.

20. Tickets for this year's Super Bowl were the most expensive in NFL history: StubHub had the average price listed at $4600, and NFL Ticket Exchange's average price was $4131.