By Amy Lamare on September 26, 2018 in Articles › Celebrity News

When Allegra Versace was 11 year old, her famous uncle Gianni Versace was tragically murdered by a deranged fan outside his Miami mansion. Gianni, who had no children of his own, left 50% of the fashion house that bared his name, to his favorite niece Allegra. Gianni left 20% of Versace to his sister Donatella and the remaining 30% to his brother Santos. Allegra was instantly worth hundreds of millions of dollars on paper. But what happens when an 11-year old inherits 50% of one of the world's most recognizable fashion houses and subsequently a gigantic personal fortune? How does a life lived in the spotlight of the Italian fashion world prepare a young woman for the life ahead of her? As if her life hasn't been crazy enough so far, the Versace family just sold their fashion house to Michael Kors for $2.2 billion. If this deal goes through as planned, Allegra will be extremely close to billionaire status.

Allegra Beck Versace was born on June 30, 1986 to designer Donatella Versace and ex-fashion model Paul Beck. She grew up in Milan, where she has been described as being a very smart, shy, and serious little girl who always had her nose in a book. Allegra was her uncle Gianni's favorite niece. After his death in 1997, the world was shocked the learn that his will dictated that 50% of his fashion empire as well as several incredibly valuable mansions would go directly to Allegra. That's a lot for an 11-year old to handle. Technically, Allegra officially inherited her Uncle Gianni's fortune on her 18th birthday. 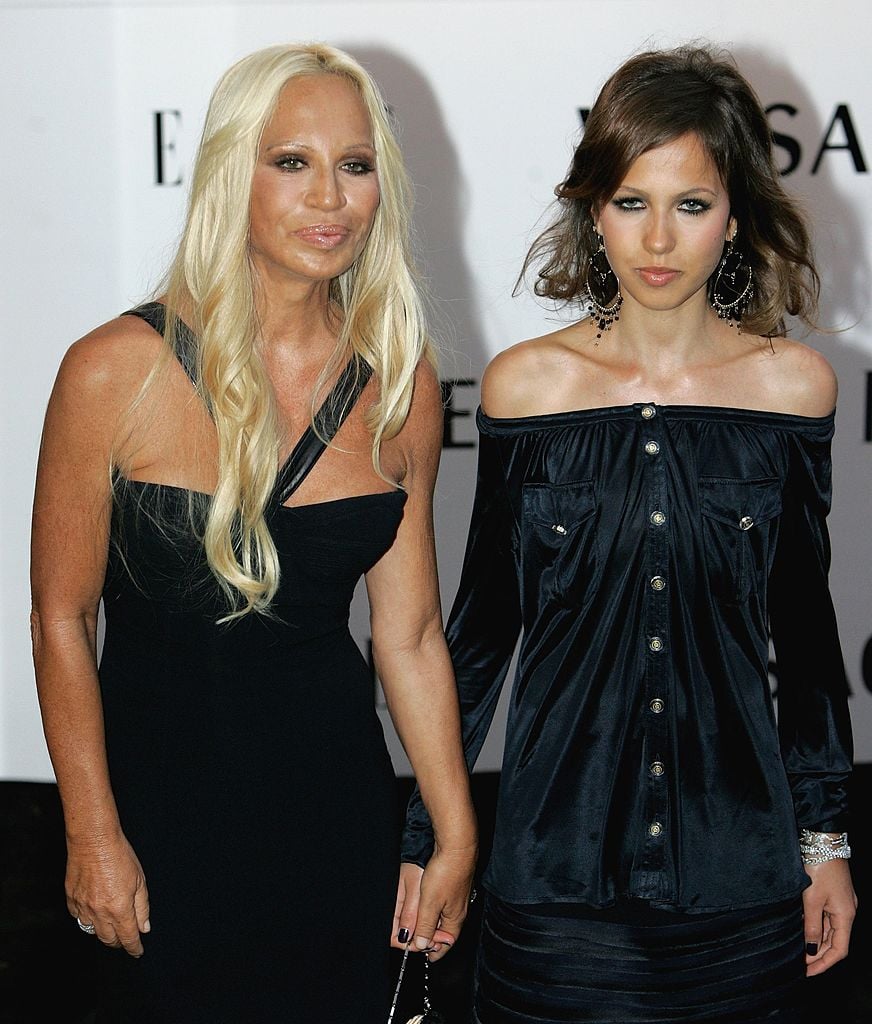 Allegra spent time at both Brown University and UCLA, where she studied French, art history, and theatre. The move to Los Angeles could have turned Allegra into a Paris Hilton style celebutant, but fortunately she managed to avoid that fate. Allegra Versace has always been media-shy, avoids the limelight, and lives a quiet life, rarely giving interviews. On the other hand, a life spent as the heiress to the Versace fortune has taken its toll on the young Allegra. In 2007, when she was 20-years old, Allegra underwent treatment for the anorexia she had been battling for years. Currently, Allegra Versace sits on the Board of Directors of Gianni Versace S.p.A. and divides her time between her mother's home in Milan, the SoHo home of her cousin Antonio in New York City, and a house in Los Angeles. 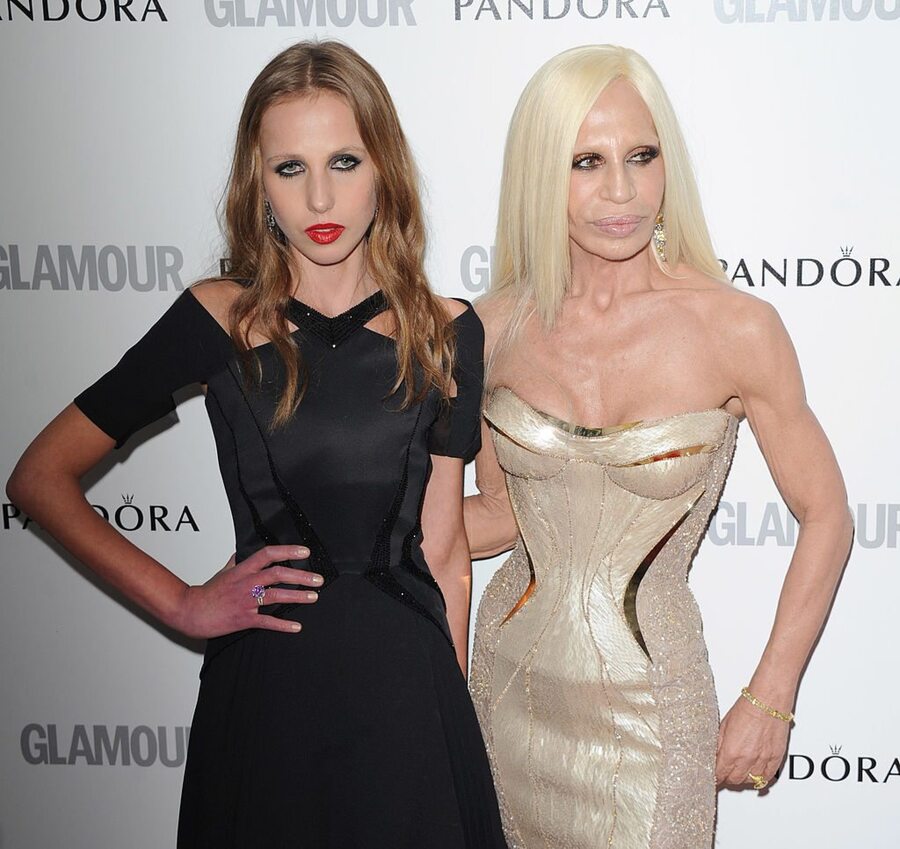 From the outside looking in, Allegra has been handed a tough road to run. Sure, she's worth as much as hundreds of millions of dollars, but at 27-years old, is she prepared to work with her mother Donatella and uncle Santos to guide the venerable fashion house known for its gaudy, colorful, over the top styles back to the top? The economic downturn wasn't easy on the house of Versace. Their homegrown Italian rival Prada, with its more subdued styles, lines, and colors, outperformed Versace for several years.

Since Gianni's death, Versace has struggled to recapture the success it had when the flamboyant designs of Gianni defined the label. Donatella has taken over the design duties since her brother's death. Sales have dropped. It's not just the economy going bad, it is also the subtle shift in design at Versace after Gianni's death as well as changing tastes. Brands like Roberto Cavalli and Dolce & Gabbana have stepped up and grabbed the fashionistas that used to flock to Gianni Versace for his brash and sexy styles.

In an effort to bounce back, in 2014 the family sold a 20% stake in the company to a private equity firm at a valuation of $1.4 billion. The investment infused Versace with a little more than $200 million in cash. Neither Allegra nor her mother were willing to give up any of their shares. The shares came from Santos' 30% stake in Gianni Versace S.p.A..

Their efforts were certainly successful because in September 2018, Michael Kors Holdings announced a deal to buy Versace S.p.A. for $2.2 billion. After taxes Allegra won't quite be a billionaire, but with various dividends over the years she is very very very close. She's 32 years old.

What an interesting life so far. I wonder what Allegra and her mom Donatella will due for their next act?