10 Years Ago The Clintons Were Dead Broke And Drowning In Debt. Today They're Worth $100 Million.

Earlier this week, Hillary Clinton made a somewhat shocking revelation during an ABC interview. During the interview, Hillary admitted that when she and Bill left the White House in 2001, they were not only dead broke, but were drowning in millions of dollars worth of debt and legal bills. Hillary, who is usually fairly guarded about her personal life, is speaking to the press to promote her newly released memoir "Hard Choices", for which she reportedly received a $14 million book advance. That's enough to be the second biggest book advance of all time. Who holds the record for the biggest book advance ever? Bill Clinton. He received $15 million for his 2004 autobiography "My Life". In case you are bad at math, that means the Clintons earned nearly $30 million for writing two books. And if that's not crazy enough, book advances account for just a small portion of the Clinton money machine. Bill and Hillary may have been broke when they left the White House, but the days of worrying about money are long gone. This is how they managed to turn their fortunes around so dramatically… 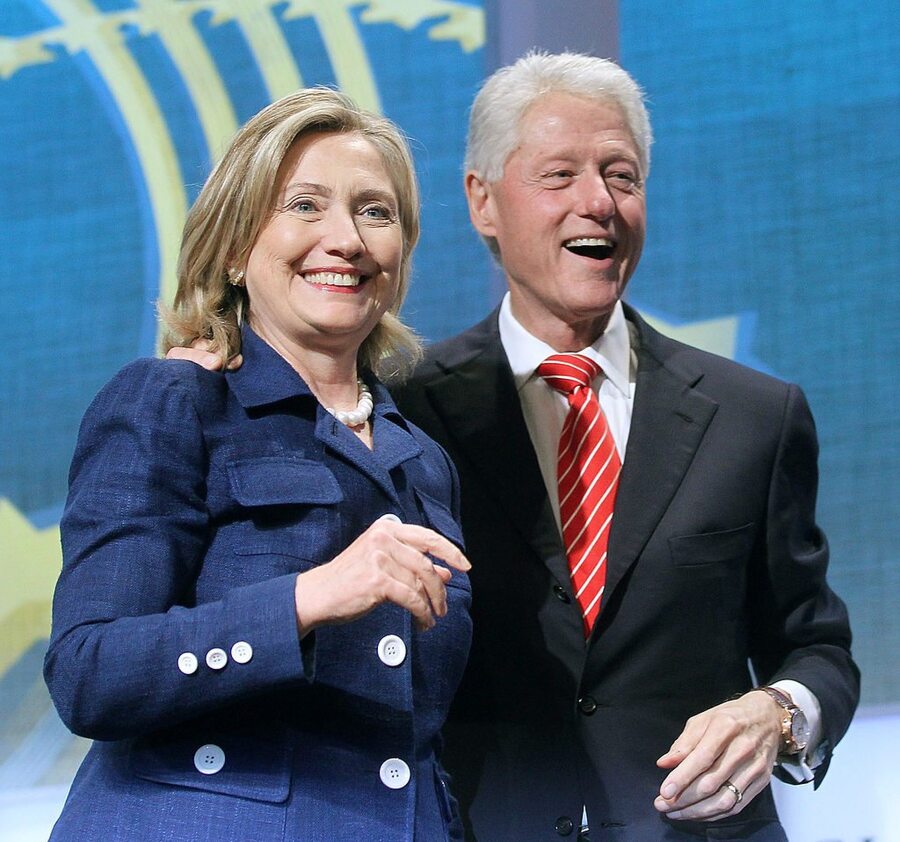 "We came out of the White House not only dead broke, but in debt. We had no money when we got there, and we struggled to, you know, piece together the resources for mortgages, for houses, for Chelsea's education. You know, it was not easy."

Prior to becoming President, Bill Clinton had technically only worked in the private sector for a grand total of two years. As Governor of Arkansas, his biggest pre-President salary was $38,167. His base salary was $35,000, the additional $3,167 came from a handful of speaking engagements he performed the prior year around Arkansas. Back in Arkansas, Hillary was the real breadwinner of family. She brought home a salary of $188,547 working as an attorney at the prestigious Rose Law Firm in Little Rock. Interestingly, Barack and Michelle Obama have an eerily very similar financial background as the Clinton. Before Barack became President, Michelle was by far and away the big breadwinner of the family. While Barack was earning $60,000 as a Senator, Michelle was bringing home $320,000 a year from her position as the Vice President of Community Affairs for the University of Chicago Hospitals.

In his final year of office, Bill Clinton was paid a salary of $200,000. When he and Hillary left the White House in January 2001, they reported their net worth to be in the $1 million range. The vast majority of this net worth came from her pension account. (Side note – in most states, pensions are protected from bankruptcy filings). The reality of their financial situation was much dicier. When they re-entered private life in 2001, Bill and Hillary were in debt to the tune of $5 million. Most of that debt was wracked up in legal fees that were used to defend Bill during his impeachment and the Paula Jones sexual harassment case. The Paula Jones case reportedly ended with the Clintons paying her an $850,000 out-of-court settlement. Some of the debt was also related to the Whitewater land deal scandal which involved both Clintons. 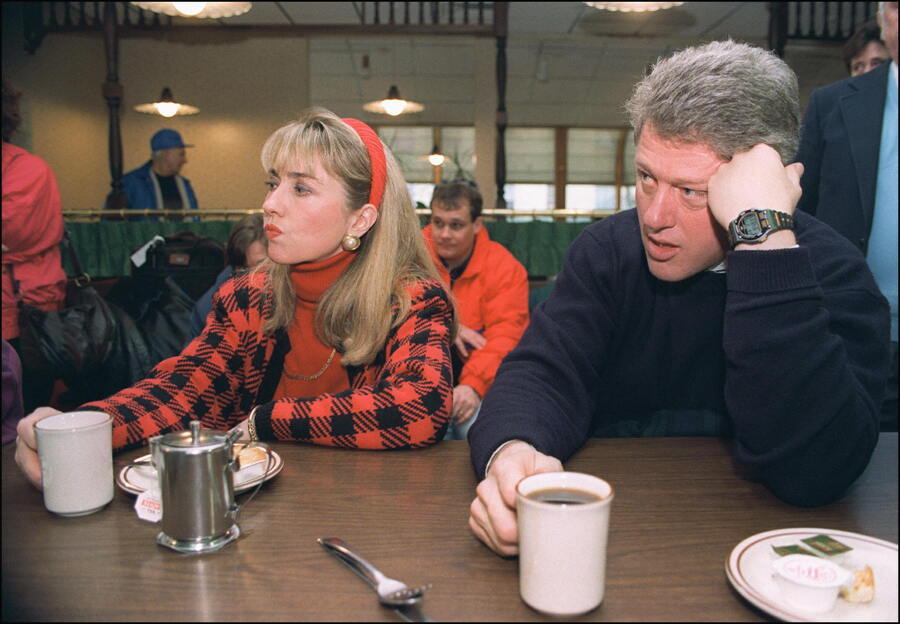 The Clintons almost went from living in the most the most powerful house in the world… to the poor house. Brutal. On the bright side, as soon as Bill left office, he was free to cash in on his legacy. But first they needed a place to live. Believe it or not, the Clintons didn't have enough money for a down payment on a house! They had to borrow roughly $1.3 million from a friend to purchase a $1.7 million house in Chappaqua, New York. This allowed Hillary to establish New York residency so she could run for Senate.

One of the first things Bill did as a private citizen to earn money was to auction off the rights to his autobiography. When the auction was over, Bill was $15 million richer. After taxes and fees, this alone may have wiped all their debts away. Next, Bill undertook a grueling schedule of speaking engagements. Businesses, foundations, governments and even individual private parties lined up all over the world to have Bill speak at their event. In the 12 years since Bill Clinton has left office, he has given 544 paid speeches all over the world. His fee has ranged from $28,000 to $750,000. The average fee for a single speaking engagement has been $195,000. In 2012, Bill earned $17 million and in 2011 he earned $13.4 million. In total he has made $109 million off speaking engagements since 2001. Interestingly, Bill has earned more money giving speeches internationally than here at home in the US. Out of all of his earnings, $57 million came from outside the US. His international speeches have taken to dozens of countries including Costa Rica, Mexico, Canada, Nigeria and the Czech Republic to name a few.

And Hillary was no slouch herself. In addition to the $186,000 salary that she earned while serving as Secretary of State, Hillary has also earned millions from book advances and speaking engagements. She earned $8 million for the rights to her 2003 book "Living History". Her total income with royalties for Living History eventually topped $10 million. Furthermore, since 2001, Hillary has also earned roughly $5 million from speaking engagements. She likely could have earned much more, but she hasn't really had the time until recently!

As of this writing, Hillary Clinton's personal net worth is $21.5 million. Bill Clinton is worth $80 million. That makes their combined net worth $101.5 million. Not bad for a couple that was "dead broke" and millions of dollars in debt just a few years ago! And these amounts will likely just keep rising over time. Bill shows no signs of slowing down on the speaking engagements, and if Hillary ends up being elected President, her future book advance will likely be massive. Then again, at some point maybe they'll just stop working and just enjoy their newfound massive wealth!