The 10 Richest Presidential Candidates Of All Time

By Mark Kurlyandchik on August 5, 2015 in Articles › Celebrity News

Do you have to be rich to be President of the United States? Technically no, but it sure helps. Throughout history, only nine of the 43 U.S. Presidents have NOT been millionaires. But money isn't everything, as evidenced by the following list of the richest presidential candidates through history whose personal war chests failed to win over the American public.

Technically, Donald Trump never "officially" ran for president before the 2016 election, but he's been considered a potential candidate in pretty much every presidential election since the end of the Reagan era. In 1999, he briefly flirted with running as a candidate for the Reform Party – founded by fellow billionaire and #2 on this list, Ross Perot – but withdrew from the race just four months later. And while The Donald is currently leading the GOP race in nearly every poll, most analysts predict he will fizzle out before the primaries. (America doesn't seem to elect presidents that are TOO rich; there's never been a billionaire president.)

To this day, Ross Perot is the most successful third-party candidate to run for president since Theodore Roosevelt, garnering almost 19% of the popular vote in 1992 (though no electoral college votes). While many falsely blame Perot for spoiling the re-election plans of George H.W. Bush, the numbers show that he drew equal votes from would-be Bush and Clinton voters. Perot used some of his personal IT-made fortune to buy half-hour blocks of prime time television to get his message out to the public. And though the votes he garnered in 1992 meant he could tap into federal election funding in 1996, his exclusion from the presidential debates that year cost him much of the support he'd built up. But don't worry about the old man from Texarkana, Texas. In 1999, he sold his company, Perot Systems, to Dell for a cool $3.9 billion. In 2012, Perot endorsed Mitt Romney for president, who joins Perot on this list at #7.

The grandson of Standard Oil magnate John D. Rockefeller, Nelson never had a problem finding a job in the family business. Beginning at his father's Chase National Bank, Nelson was on the board of directors of the Rockefeller Center by the age of 23. His family name proving business a breeze, Nelson set his sights on public service instead and was appointed Assistant Secretary of State by F.D.R. Rockefeller served as governor of New York from 1959 through 1973, meanwhile seeking the GOP presidential nomination in every election of the 1960s. In 1964, the liberal Republican led the polls early on. But his divorce from his wife tanked the public's perception of him. In 1974, Gerald Ford appointed Rockefeller as his vice president after ascending from the position himself in the wake of Nixon's resignation. Nelson Rockefeller became only the second person to be appointed vice president as per the 25th Amendment, after Ford himself. Nelson's political career ended at the end of his term in 1976.

Jon Huntsman Jr. is the descendant of Mormon nobility on both sides of his family, but his father's side also comes with the added perk of being heir to the polystyrene fortune of the Huntsman Chemical Corp. With his financial future secure from birth, Jr. dropped out of high school to pursue his rock-and-roll dream playing keyboard in a band called Wizard. When that didn't pan out, he earned a G.E.D. and went back to school to study international politics. He would go on to serve as a diplomat in both Bush administrations before becoming governor of Utah in 2004. His management of the state was extremely successful and his approval ratings were through the roof. In 2009, he became ambassador to China in the Obama administration until 2011, when he resigned to run for president. After finishing third in the New Hampshire primary, Huntsman withdrew as a candidate and endorsed fellow Mormon Mitt Romney.

Steve Forbes was born with publishing in his blood, as the grandson of Forbes founder B.C. Forbes. While attending Princeton, Steve co-founded Business Today, which remains the largest student-run magazine in the world. Steve is best known as the editor-in-chief of his namesake magazine and the CEO of its publisher, Forbes Inc. But in 1996, he sold some of his shares to family members to help finance an unsuccessful bid for the Republican presidential nomination. His wacky campaign was derided in the media far and wide, and after withdrawing from a second run in 2000, Forbes returned to the magazine. He remained active in politics, serving as policy adviser to various Republican campaigns and serving on the boards of a number of conservative groups. In 2012, Forbes endorsed Rick Perry for president.

To be fair, Al Gore made pretty much all of his money after losing to George W. Bush in the near-stalemate of 2000. When Gore ran for president that year, his public financial disclosures stated his net worth to be somewhere between $700,000 and $1.9 million, putting him at the low end, financially, for a presidential candidate. But losing that election might've been the biggest payoff of Gore's career, as his current net worth shows. Gore went on to found Current TV, which never garnered many viewers. But when Al Jazeera purchased the floundering network for $500 million in 2012, Gore's share in the company netted him a cool $100 million. He also sits on the board of directors for Apple, Inc., and owns some $35 million in shares. He's an adviser to Google and the chair of a sustainability-focused investment group, as well as a partner in an environmental venture capital fund. Plus, he makes close to $200,000 per speech. So, yeah – the dude's done alright since that fateful Florida recount debacle.

Mitt Romney ran for president unsuccessfully in both 2008 and 2012. He made it further in 2012, but the silver streaks in his hair and gold bars in his bank couldn't save him from the winds of change that swept Barack Obama into the Oval Office. It's hard to feel bad for the guy though, considering he's never really had it all that hard in life. His father was the chairman of American Motors before becoming the Governor of Michigan, and little Mitt had a cushy Mormon childhood in the leafy Detroit suburb of Bloomfield Hills. Mitt eventually stepped out of his father's shadow with his own business successes at Bain & Company, which he spun off into Bain Capital, one of the largest private equity investment firms in the country. He reportedly almost entered the presidential race for a third time in 2016, but backed off after many of his potential supporters wanted a fresher face without a history of presidential election losses. 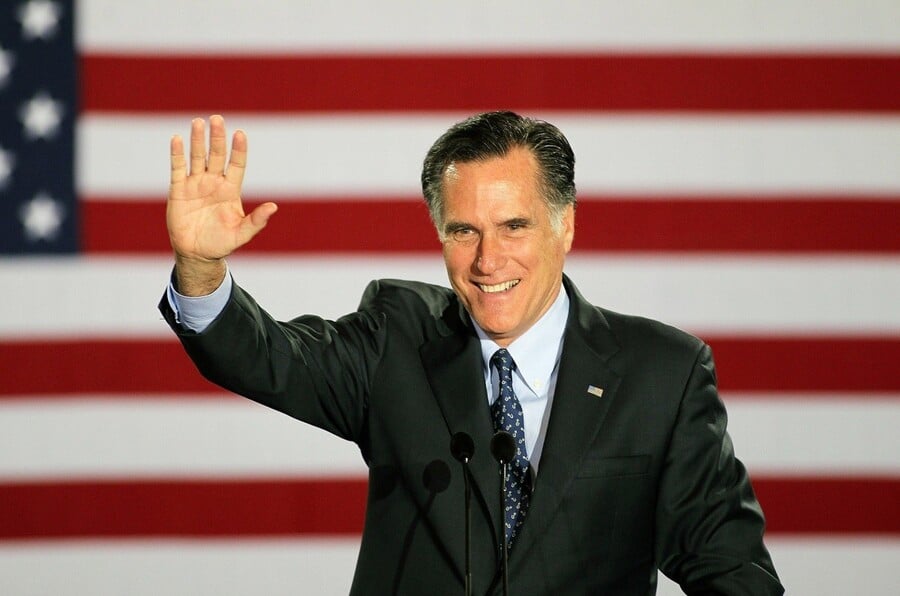 Before he was the U.S. Secretary of State under Barack Obama, John Kerry was a decorated Vietnam war veteran and critic, attorney, and U.S. Senator from Massachusetts. He's also a member of the wealthy Forbes family (different Forbes family from Steve). So while many point to his second wife, Teresa Heinz Kerry (of the Heinz fortune), as the source of his wealth, Kerry is well-to-do in his own right, being the beneficiary of at least four Forbes family trusts. Plus, the couple signed a prenuptial agreement that keeps their assets separate. Estimates of his wife's wealth range from $750 million to $1.2 billion. All that to say, no one feels too sorry for Kerry about losing to incumbent George W. Bush in the 2004 election.

The life of John Kerry's 2004 running mate has been mired in scandal since his second unsuccessful bid for the Democratic presidential nomination in 2008. During the campaign, Edwards had an extramarital affair with staffer Rielle Hunter, with whom he fathered a child while his own wife was battling cancer. In 2011, Edwards was indicted on six felony charges relating to his use of campaign funds to cover up the affair. The former Senator from North Carolina was found not guilty on that charge and a mistrial was declared on all other charges. The Justice Department dropped the other charges and said that it would not retry him. Edwards recently returned to practicing law, representing plaintiffs in medical malpractice suits and raking in the big bucks.

People remember Edward "Ted" Kennedy, the youngest son of Joseph P. and Rose Kennedy, for a lot of things: his larger-than-life presence, his 47-year tenure in the United States Senate, and the infamous Chappaquiddick incident, to name a few. But little is frequently made of his failed bid for the presidency in 1980, in an unusual campaign against an incumbent of his own Democratic party (the much-maligned and not very much liked Jimmy Carter). But even Carter's low approval ratings couldn't help Ted overcome negative public perceptions of his own character and questions surrounding the decade-old Chappaquiddick incident. Regardless, Kennedy fought all the way to the Democratic National Convention despite winning less than half the number of primaries as Carter. Kennedy's insurgent campaign and Carter's inability to consolidate Kennedy's supporters has led some analysts to believe that Ted spoiled the election for Carter, ultimately ushering in the Reagan era.