By Mark Kurlyandchik on July 16, 2015 in Articles › Celebrity News

Do you have to be rich to be President of the United States? Technically, no. But since the founding of the country, presidents have mostly come from the well-heeled classes, a precedent set right out the gate by George Washington, who was worth an estimated $525 million in today's dollars. Throughout history, only nine of the 43 U.S. presidents have NOT been millionaires. By that standard alone, Bernie Sanders (worth a measly $500,000) doesn't have much of a chance in 2016, especially considering the deep pockets of some of his opponents, namely Hillary Clinton. Here is a look at the net worths of the 10 richest candidates running for president in 2016.

Net Worth: $10 billion ($4.5 billion according to CelebrityNetWorth and Forbes)

What more needs to be said about The Donald? The world is sick of bad hair jokes, people getting fired, and putting down Mexicans. Still, somehow in this crazy alternate universe called modern reality, Donald Trump is currently polling ahead of all his Republican contenders for president. If anything, Trump is living proof that all it takes is a huge war chest to capture the attention of the populace, and that money is, in fact, free speech. Most analysts predict that Trump will not prove to be a serious contender in the end, and is instead using his platform of money to espouse his conservative message to the masses. (America doesn't seem to elect presidents that are TOO rich; there's never been a billionaire president.) 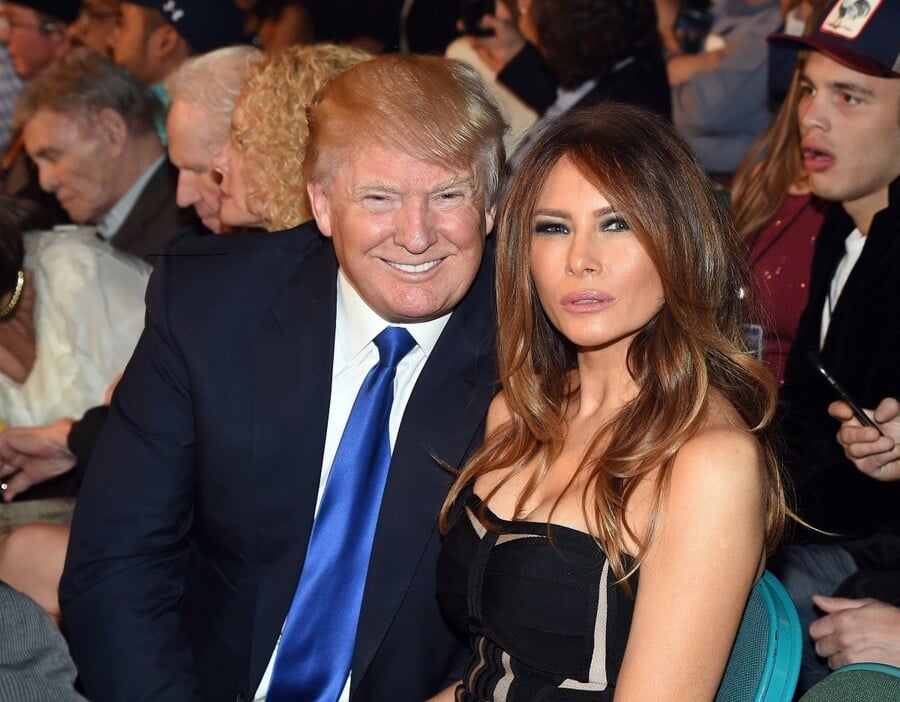 This year's field of realistic contenders doesn't include anyone quite as rich as 2012 Republican Presidential Nominee Mitt Romney, who is worth $250 million, but Carly Fiorina's small fortune would put her in the top 10 richest presidents of all time if she were to win the election. The former Hewlett-Packard CEO was the first woman to run one of the top 20 U.S. companies. Could her personal fortune help her become the first woman to run the free world?

Chafee might not have the name recognition as his former classmate Jeb Bush, but he's certainly got more money in the bank. Exactly how the Republican turned Independent turned Democrat made all that money is a matter of personal history. Chafee was born into a wealthy family. His father, great-grandfather, and great-great uncle were all governors of Rhode Island – a post the younger Chafee held himself until January 2015. His wife, Stephanie, was also born into a wealthy family and was the largest contributor to her husband's gubernatorial campaign. Other than his doting wife, nobody else seems to care very much if Chafee becomes president or not. Polls show him at the very bottom of the Democratic contenders with a whopping 0 percent of likely voters.

Alone, Hillary is not as wealthy or as powerful as she is when paired with husband Bill (together they're worth $101.5 million), but that doesn't stop her from being the third-richest* candidate running for president in 2016. Even without Bill, Hillary's personal fortune would put her right between George W. Bush and his father, George H.W.'s net worth if she were to win the election. Luckily, between the Bushes is a position the Clintons seem to be comfortable with.

George W. Bush's younger brother was the governor of Florida during the contested 2000 election between W. and Al Gore, which came down to the wire in – you guessed it – Florida. Jeb made his early money in real estate after moving to Florida from Houston. "I want to be very wealthy," he told The Miami New Times in 1991, "and I'll be glad to tell you when I've accomplished that goal." He parlayed his successful entrepreneurial ambitions into political ones after getting a taste for it during his father's vice presidential and presidential tenures. Whether he can follow in the footsteps of his father and older brother remains to be seen – the Bushes don't have a great track record against Clintons.

Born in Detroit, Dr. Ben Carson was the first surgeon to successfully separate conjoined twins. In 2008, he was awarded the Presidential Medal of Freedom. Before he retired from Johns Hopkins, Carson performed surgery on some 300 children a year. The pediatric surgeon has also written four best-selling books. Then there are his political views: comparing the Affordable Care Act to slavery, homosexuals to pedophiles, and denying evolution. Sometimes even smart men can be imbeciles.

It's not really clear if Rick Santorum and Mike Huckabee are actually running for the Republican nomination again in 2016, or they both just forgot to end their previous failed bids (Santorum in 2012, and Huckabee in 2008). Both also-rans are staunch social conservatives, though one made his money practicing law and consulting (Santorum) and the other made it in Christian broadcasting (Huckabee). Neither one stands much of a chance.

Jersey boy and Governor of the Garden State Chris Christie made his money as a lawyer specializing in securities and elections law and government affairs. In 1993, he became a partner in the firm of Dughi, Hewit & Palatucci in Cranford, New Jersey. After being elected to the governorship of his home state in 2009, Christie's star rose quickly in the Republican party, with much speculation of a bid for the presidency in 2012. He quashed that speculation by staying out of the race, but formally announced his candidacy the next time around on June 30, 2015.

It's unclear whether Ted Cruz, born Rafael Edward Cruz, the first Hispanic U.S. Senator for Texas, is actually legally able to become president. The issue has nothing to do with his Cuban origins (his father fought alongside Fidel Castro's guerrillas before moving to Texas to attend college), and everything to do with Cruz's birthplace: Calgary, Alberta, Canada. After all the fervor over Obama's birthplace (which turned out to not be Kenya, as the conspiracy theorists claimed), Cruz is going to have a tough time going up against one of the biggest mouthpieces of the Obama Birther movement, who also happens to be his deepest-pocketed opponent in the 2016 election: Donald Trump.