10 Celebrities Who Were Raised By Gay Parents

With the recent Supreme Court ruling in favor of same sex marriage, people all across the Internet declared that love won the day. LBGTQ acceptance is at an all time high with celebrities such as Ellen De Generes, Neil Patrick Harris, and Elton John all in long term, same sex relationships. Caitlyn Jenner has been making the news for the transgendered community and shows like Transparent are also proving that the world is ready to accept people for who they are and whom they love… well mostly, anyway.

It hasn't always been this way. Back in the 1990s, when Ellen DeGeneres came out, it was a huge deal. The 10 celebrities on this list who were raised by gay or bisexual parents are well aware of how the times have changed in regard to same sex couples. We're betting that you didn't know that some of your favorite stars were raised by gay parents.

"The Hunger Games: Catching Fire's" Jena Malone is a star of the silver screen now, but back when she was growing up in Sparks, Nevada, she was just an average girl being raised by her lesbian mother and her girlfriend. Deborah Malone and her girlfriend were together until Jena was 10 years old.

Baseball player Joe Valentine made a name for himself as the pitcher for the Cincinnati Reds. He was raised by his biological lesbian mother Deb Valentine and her partner Doreen Price in Las Vegas. Joe's moms have been a couple for more than 35 years and he has supported their relationship his entire life.

Actress Rene Russo is best known for roles like "The Thomas Crown Affair," "Lethal Weapon," and "Ransom." She got her start modeling when she was a teenager. Russo was raised by her single lesbian mother after her father left them when she was just two years old.

Scissor Sisters lead singer Ana Matronic group up in Portland, Oregon. When she was a little girl, her mother left her father after she discovered that he was gay. When Ana was 15, her father passed away due to complications from AIDS. She has immersed herself in gay culture as an adult, which she has said helps her feel closer to her father.

Many people know OJ Simpson for his long and illustrious football career. Many more know him for murdering Nicole Brown Simpson and Ronald Goodman. What many people don't know is that The Juice's father, Jimmie Simpson, was a very well known drag queen who passed away in 1986 due to complications from AIDS.

The late actress Natasha Richardson was open about her father's lifestyle before her death. Tony Richardson was openly bisexual and his daughter made it her mission while she was alive to help people understand bisexuality. Tony sadly passed away due to complications from AIDS in 1991.

Robert DeNiro is one of the best actors of his generation. He's also a father to six children. Growing up, he had a difficult relationship with his own father, who was troubled by his identity as a gay man. DeNiro has often said that his father struggled by not being able to live openly as a gay man and that he wishes he could have talked honestly with his father about it.

Marvin Gaye became famous for his music in the 1960s, but before that he had a very rough childhood. His father, who was a minister, physically abused Marvin. However, behind closed doors, Marvin's father was a closeted gay and cross dresser who shot his son to death in 1984.

Jodie Foster has been acting since she was three years old. She won her first Academy Award at the age of 14. Much, much later in her career, Foster came out as openly lesbian but she wasn't the first member of her family to do so. Jodie and her siblings were raised by their lesbian mother and their mother's live-in girlfriend. 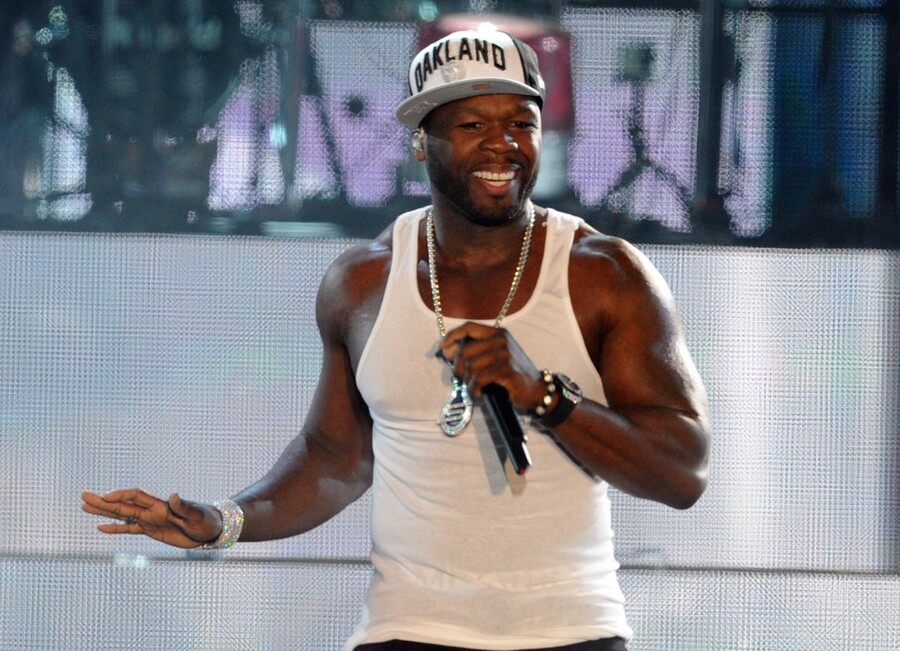 Rapper 50 Cent grew up in Queens with his single bisexual mother. His father was not in the picture and his mother struggled to raise her son. She was involved in drugs and was murdered when 50 Cent was a teenager. 50 Cent took this as inspiration to turn his life around and become a success.