Following the death of Hungarian actress and socialite Zsa Zsa Gabor, her ninth husband will soon find himself forced to leave the six-bedroom villa Gabor called home for four decades. According to property records, Gabor and her husband, Frederic Prinz von Anhalt, sold the Bel Air home in September of 2012 for $9. Why? Real estate records confirm the couple participated in a deferred transaction, meaning they found a buyer who added himself to the property's note and paid the mortgage while they remained in the residence. 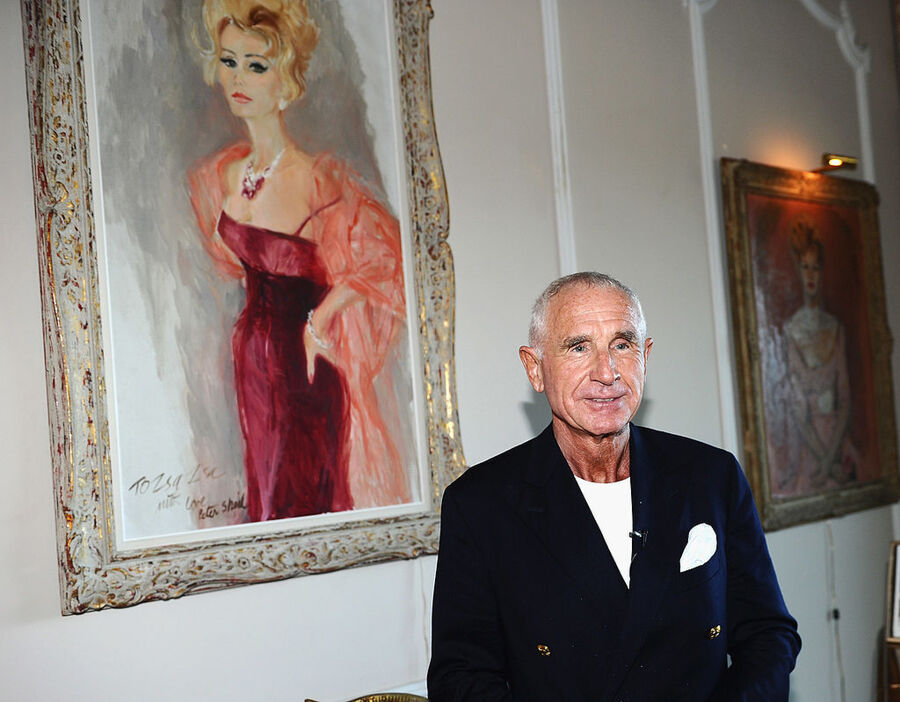 Gabor and Prinz von Anhalt's decision to sell the home by way of deferred transaction was likely the result of financial hardship, but in the end it gave them legal authority to remain in the house for at least four years or until Gabor, who was already in a stage of declining health at the time, died. The deal allowed Gabor and her husband to pay $325,000 a year to remain in the home while other expenses were covered by the new owner. However, following Gabor's death in December of 2016, escrow is expected to close on the home within 90 days, meaning Prinz von Anhalt must move. As for the house? A source told Curbed.com that the owner, a real estate mogul, will either renovate or level the Bel Air mansion.

The Hollywood Regency-style mansion, which sits on one acre of land behind the East Gate on Bel Aire Road, was built in 1955 and comes with a pool, separate staff wing, a rooftop terrace with an expansive view of Los Angeles, and, according to the New York Times, a large, multi-tiered closet that held 5,000 of Gabor's most treasured outfits.

Adorned in a sea of French moldings and French doors, the Tinseltown abode is said to be decorated with large painted portraits and awards belonging to Gabor, as well as countless photographs of her with some of the 20th century's most notable celebrities and presidents. The Bel Air villa was previously owned by the King of Rock n' Roll himself, Elvis Presley, before Gabor bought it in 1974, according to the Times. Gabor also alleged that Howard Hughes previously lived in and actually built the property, although this has never been confirmed. Prinz von Anhalt, a German-American entrepreneur and socialite, moved in 12 years later following Gabor's ninth marriage in 1986.

In 2011, the couple reportedly wanted to sell the property for a surprising $28 million, but they listed it for $15 million later that year instead. Ultimately, however, the couple settled by way of deferred transaction, a move that will soon see Gabor's widow packing up and moving out with Gabor's mansion awaiting an unknown fate. Prinz von Anhalt has not commented on the escrow window or future plans.

Zsa Zsa Gabor was a Hungarian-born actress with a net worth of $40 million. Some of her most notable appearances were in such films as "Lovely to Look At," Moulin Rouge," and "Touch of Evil." Gabor was just as famous for her social life, which included a total of nine marriages. Gabor, whose health continued to decline after a crippling car accident in 2002, passed away at age 99 after suffering a heart attack in her Bel Air mansion. She was proceeded in death by her mother, Jolie Gabor; her two sisters, Magda and Eva; and her daughter, Francesca Hilton.

Frederic Prinz von Anhalt is best known for his marriage to Gabor. At the age of 36, he asked Princess Marie-Auguste of Anhalt to adopt him, allowing him to become a royal descendent to the throne. Prinz von Anhalt cared for Gabor until the time of her death.