By Joseph Gibson on December 17, 2019 in Articles › Celebrity Homes

Philip DeFranco, one of the most successful of the old-school YouTube stars, has just upgraded his residence in a big way, reports Dirt. The vlogger and current events commentator is reported to have just paid $4.1 million for an expansive and impressive estate in a deluxe corner of the Encino neighborhood of Los Angeles.

DeFranco purchased the home along with his wife Lindsay Doty, and it's certainly an impressive piece of real estate. Described in its official listing as "La Quinta meets Montecito," the house covers 5,931 square feet with five bedrooms and five and a half bathrooms. And despite the sprawl and the large lawn, swimming pool, and tennis court out back, the entire 1.1-acre lot is said to be all but invisible from the street thanks to the long drive that leads from the gate to the mansion.

Built back in 1938, the house is like something out of old Hollywood, but it's been kept up to date in the decades since. One such modern amenity is the home theater room, which has reclining seats and a ceiling outfitted with fiberoptic "stars." 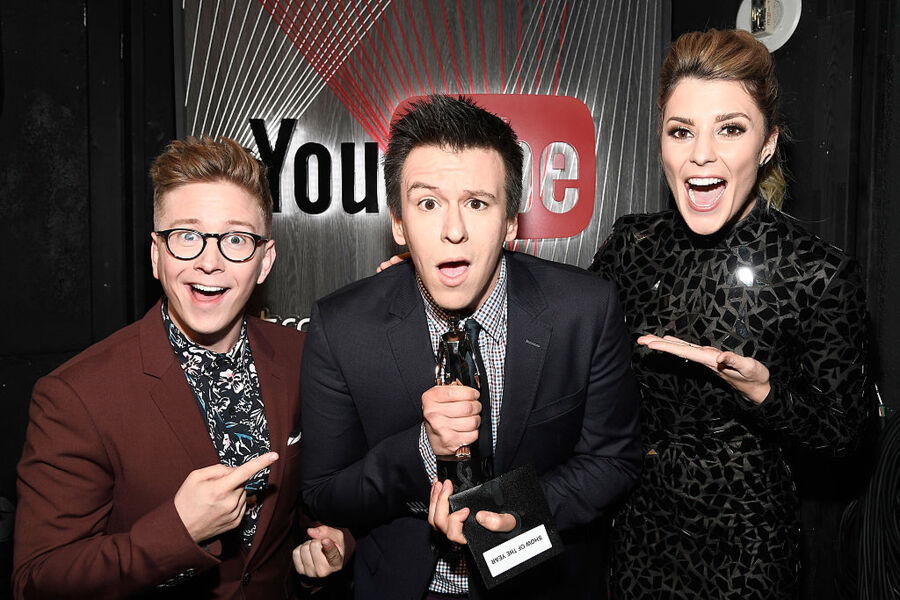 The home is reportedly close to DeFranco's previous starter home in the San Fernando Valley. He paid some $1.65 million for that house back in 2013, making this new home a substantial step up. And it evidently didn't come easy, since records show that the couple had to pay more than $200,000 above the new house's listed asking price, an indication that they weren't the only ones hoping to buy it.

Meanwhile, the DeFrancos' previous home hasn't been put up for sale as yet, but it's presumed that it will be listed soon if they intend to sell it publicly.