By Beth McDonald on March 2, 2016 in Articles › Celebrity Homes

Sycamore Valley Ranch, formerly known as Michael Jackson's Neverland Ranch, is up for sale for a whopping $100 million. In order to entice prospective buyers, the current owners, Colony Capital, and the listing agents have created a 47-second YouTube video tour that showcases the property.

Celebrity connection aside, the property itself is stunning. The 12,598 square-foot California mansion was designed in a French-Normandy style, and includes a state-of-the-art chef's kitchen, six bedrooms, seven full bathrooms, and two half bathrooms. The master suite includes a private loft and two master bathrooms. Other features of the home include a library, wine cellar, home office, guest suite, and in-law apartment.

In addition to the mansion, there is a large covered barbecue area, pool and pool house, and tennis court, as well as animal shelters, barns, and corrals for all your pets, three separate guest houses, a 5,500 square-foot movie theater complete with a stage, and a maintenance shop to keep everything running smoothly.

The ranch itself is nestled within 2,698 acres of landscaped gardens, lakes, rolling hills, mountains, and pastureland, and is only a short distance from the town of Los Olivos and the Santa Ynez Valley wine country.

Jackson purchased the property in the late 1980s for $19.5 million. He transformed the stately ranch into a Peter Pan-inspired theme park, complete with amusement rides, petting zoos, and a steam-engine train. However, the ranch garnered unwanted notoriety in the mid-2000s as the site of alleged child molestations by Jackson (he was later acquitted of the charges). After the charges were dropped, Jackson, pained by the allegations made in connection with the home, moved out of the ranch, opting to live at other properties.

In 2008, Jackson's finances were dwindling, and he owed several hundred million dollars to creditors. As part of a deal to reduce his debt and generate cash, private equity firm Colony Capital paid the debts associated with the ranch in exchange for ownership rights. After the pop icon died in 2009, the property was shuttered and fell into disrepair. 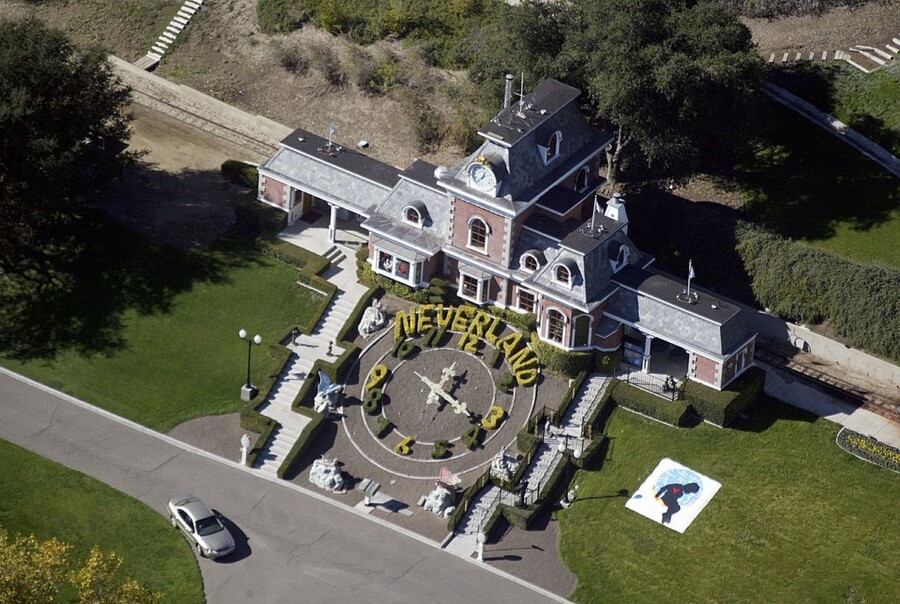 In order to recoup its money (and turn a profit), Colony Capital has renovated the property, including removing many of the features so representative of Neverland Ranch, such as the zoo animals, amusement rides, and statues of frolicking children. According to Today, the firm is hoping that the new owner will purchase the estate not only for its intrinsic property value and beauty, but also for its history.