By Amy Lamare on September 26, 2018 in Articles › Celebrity Homes

We like to look at amazing megamansions and estates here at Celebrity Net Worth. We've covered the real estate shenanigans of people like Beyoncé and Jay-Z, Ken Griffin, Adam Levine, Taylor Swift, and Kim Kardashian at length. Most of us can only dream of dropping $30-100 million plus on a home. But one thing we've never really stopped to examine is the massive mortgages that come with these ultra-high end, super luxurious homes. The wealthy people who buy these massive properties are borrowing tens of millions of dollars—at least—to purchase the mansions.

Not all that long ago, the super wealthy paid all cash for their expensive homes. That isn't the case most of the time anymore. The focus on "superjumbo loans" to finance these homes coupled with low interest rates is making it attractive for wealthy buyers to borrow against their real estate and keep their cash freed up for other pursuits. 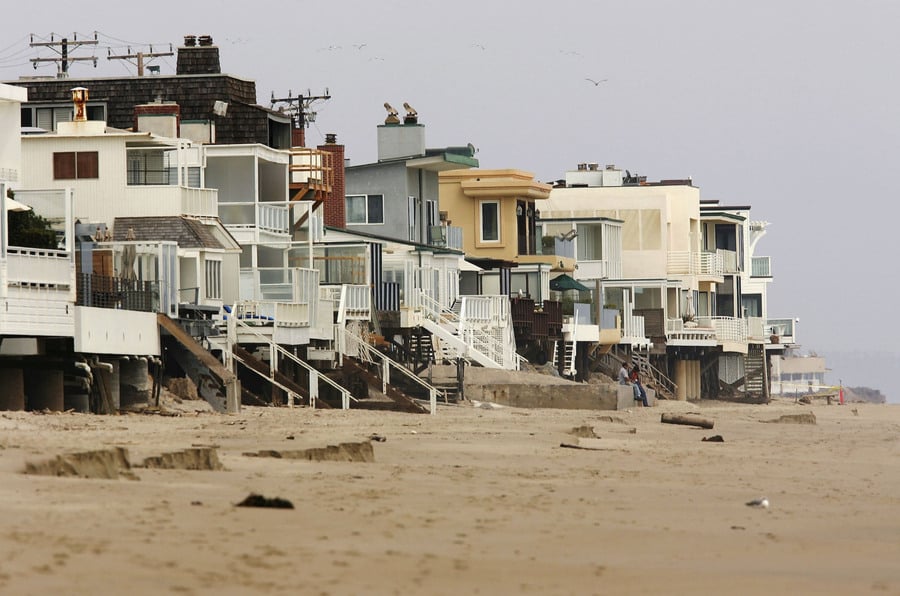 For example, Beyoncé and Jay-Z bought an $88 million mansion in Bel-Air last year. Goldman Sachs issued them a $52.8 million mortgage, according to public records. They had an initial interest rate of 3.4%, making their monthly payments a bit more than $200,000. And keep in mind that you pay your mortgage with after-tax money. So paying $200k per month essentially requires $400k every month in pre-tax earnings to be set aside. In other words, every year Beyonce and Jay-Z set aside $5 million of their earnings to pay for their mortgage.

Ken Griffin has an even bigger mortgage. Through a limited liability company, he took out two mortgages with a combined total of roughly $114 million for the construction of his mansion in Palm Beach, Florida in 2016.

Billionaire owner of the NHL's Edmonton Oilers bought a pricey Malibu home earlier this year for $85 million. He took out a 30-year mortgage from UBS Bank USA totaling $47.5 million. That makes Katz's payments more than $200,000 a month.

These "superjumbo loans" make up a small amount of the mortgage market. However, executives at major banks have revealed that even though they typically do just a few of these loans every year, the number has been steadily growing.

There are currently 233 loans of between $10 million and $20 million with balances outstanding in the United States. Nearly 23% of them were originated in 2017 and almost 16% began this year. California overwhelmingly has more of these loans at 123 than any other state. Florida has 40 of the loans and New York has 31.

Loans to well known or famous rich people are often issued by traditional banks like JPMorgan Chase and Goldman Sachs. For these banks, issuing these loans are a way of keeping these high net worth individuals as customers. Of course, banks take risk with issuing so much debt for a single family property. Loan to value ratios and the health of the real estate market in the property's area are taken into account.

For people buying these super expensive properties that don't have an established relationship with a traditional bank, there are other options. A small network of hedge funds and private equity funds will issue loans with higher interest rates on megamansions. Back in the mid-2000s, the private equity firm Fortress Investment Group, issued a loan for Michael Jackson's Neverland Ranch. The interest rate on these types of loans can be 6% or more. Typically, these types of loans are evaluated on a case by case situation and the borrowers are athletes, entrepreneurs, and self-employed people.