By Chris Kelley on December 10, 2016 in Articles › Celebrity Homes

Real housewife and Hadid matriarch Yolanda Hadid (formerly Foster) sold her Malibu dream house late last year, but it's just now that we're getting an inside peek at the marvel of the property. The star-studded SoCal mansion fetched a price of $19.45 million on the market – and it's no wonder why.

While the public only had the opportunity for a flew glimpses inside the home of "Real Housewives of Beverly Hills" star Yolanda Hadid and 16-time Grammy winning producer/songwriter David Foster, new photos show a sneak peek into the luxurious childhood home of their daughters, models Gigi and Bella Hadid. 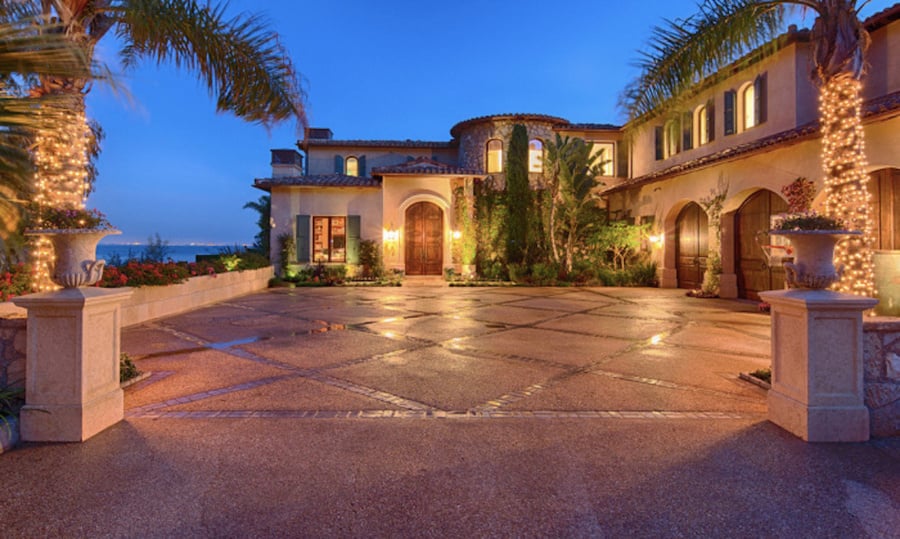 Foster and Hadid made the ultimate decision to part ways with the custom-built Mediterranean mansion last fall, shortly before announcing their divorce. The enormous home – all 11,600 square feet of it – was described as Hadid's "dream home," but the reality star took to social media saying that the sale came in part because of her concentrated focus on battling her debilitating Lyme disease. Additionally, with youngest daughter Bella flying the coop, Foster and Hadid sought to downgrade to a more suitable home for them and their youngest child, Anwar. 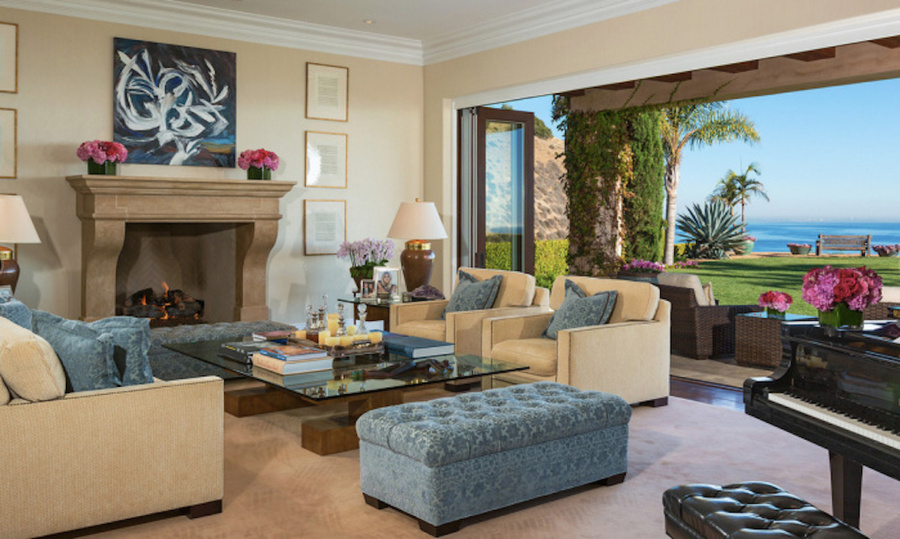 Nothing short of glamorous, the home is situated past a long gated drive, nestled in the perfect position for only the most stunning of coastline views. Described in listings as "reminiscent of a romantic European villa," it boasts three full floors, six bedrooms, and nine bathrooms. Stunning interior décor includes the home's extra-wide plank reclaimed Bavarian walnut floors and paneled walls, with marble-lined accents gracing the home's expansive kitchen and palettes ranging from soft to bold throughout the property. 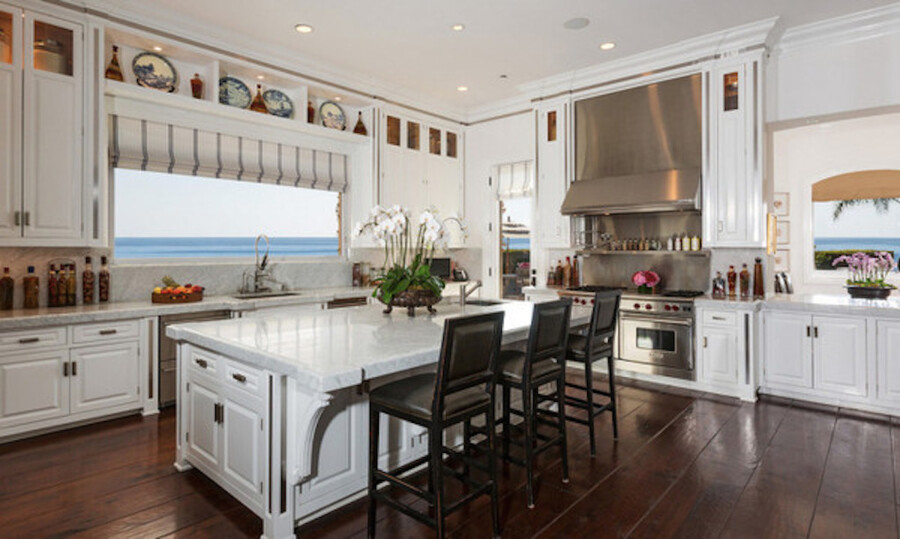 The Malibu mansion's seemingly colossal kitchen features granite counter-tops and an incomparably beautiful view of the sea. Among the many unique features of the home is quite a rare customized appliance in the form of a glass-fronted, marble-lined walk-in refrigerator that Hadid previously shared on Instagram. The stunning amenities continue on the home's subterranean floor, which includes an exercise suite, screening room, recording studio and wet bar. 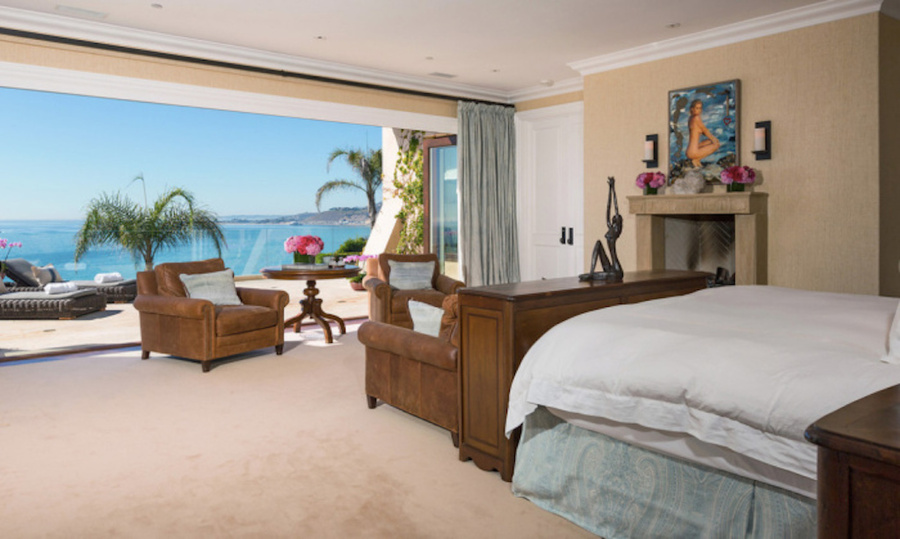 Continuing the theme of beautiful views, no matter the room, the Malibu property's master suite is one that surely is missed. Like each home in the coastal conclave, it features its own exclusive view of the sweeping ocean, opening up to a sprawling terrace packed with panoramic views. The home's master retreat also includes a fireplace, two bathrooms, and two separate dressing rooms. 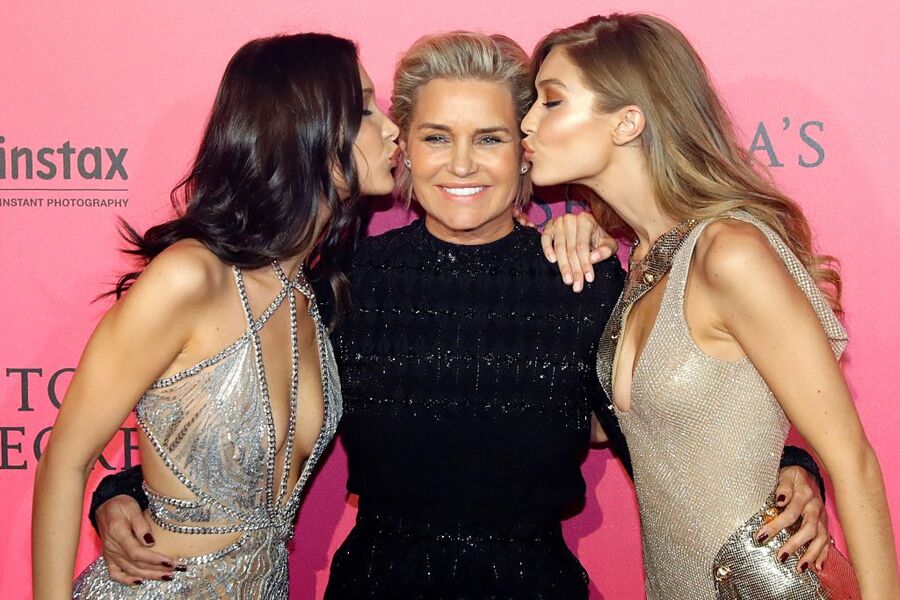 Netherlands-born Yolanda Hadid shared the home with her then-husband, David Foster, up until its sale. Not long after, the couple announced that they were separating and later divorced. Hadid, who commands a net worth of $45 million, is said to have received the Malibu home in divorce settlements with former husband Mohamed Hadid. Hadid continues to seek medical and holistic treatment for her chronic Lyme disease. 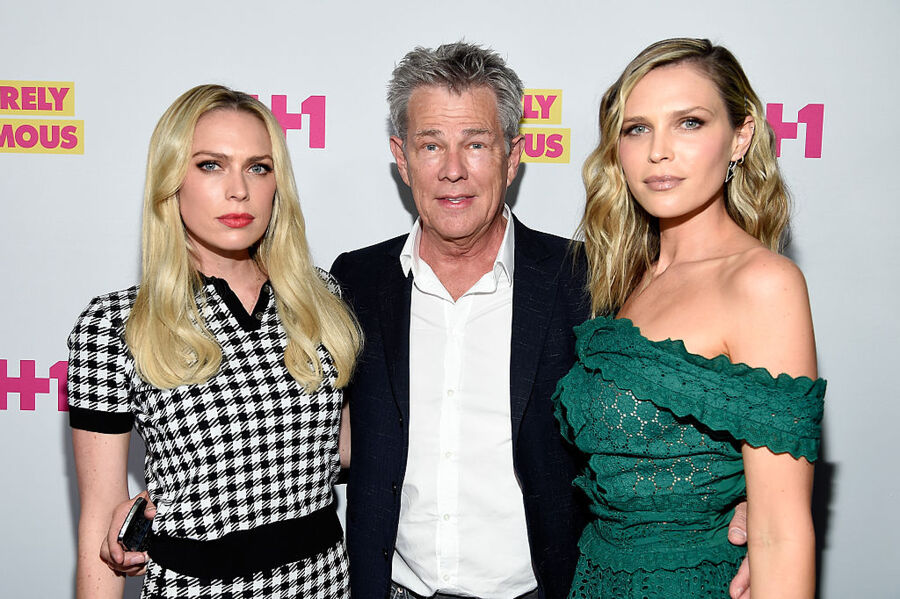 Credited with helping discover the likes of Michael Buble and Josh Groban, David Foster's career has earned him a total net worth of $60 million. In court, Foster sought to block spousal support payments to Hadid, although he later settled privately with her under an undisclosed agreement.