Why Pharrell's Penthouse Sold For $9.25 Million

By Chris Kelley on July 6, 2016 in Articles › Celebrity Homes

Almost three years of being on and off of the market and several price drops later, musician Pharrell Williams has sold his Miami penthouse for $9.25 million.

Coming in at 9,000 square feet and tucked away in Miami's Brickell neighborhood, the five-bedroom residence within the Bristol Tower condominium can be described as both stunning and dramatic. In fact, Williams is only parting with his East Coast living arrangements because his primary home is now in Los Angeles, due in large part to his duties as a coach on NBC's music reality show, The Voice.

Even though Williams is surely happy to leave the growing list of celebrities who haven't been able to sell their homes, the official closing price means that he was unable to recoup what he paid for the pad when he bought it in 2007. 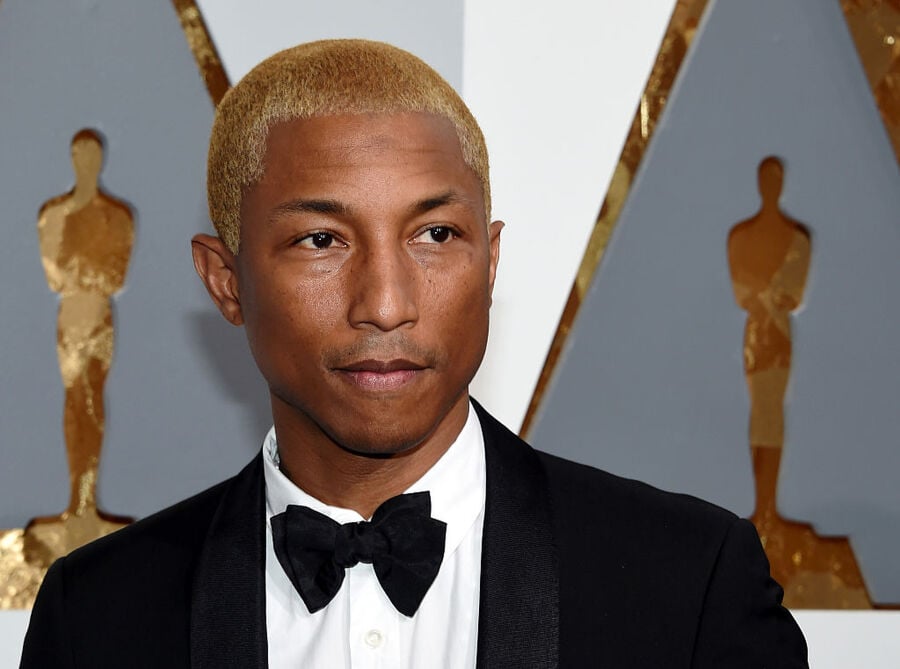 The "Happy" singer's former Florida property was first put on the market in 2012, with an asking price of $16.8 million. With no bites on the listing, the Miami penthouse dropped to $14 million in 2013. Five months later, property records show that it was listed for $10.8 million. The listing was pulled for building renovations in 2015, before finally nabbing a buyer just this year, selling for $3.27 million less than what the famous music producer originally paid for it. 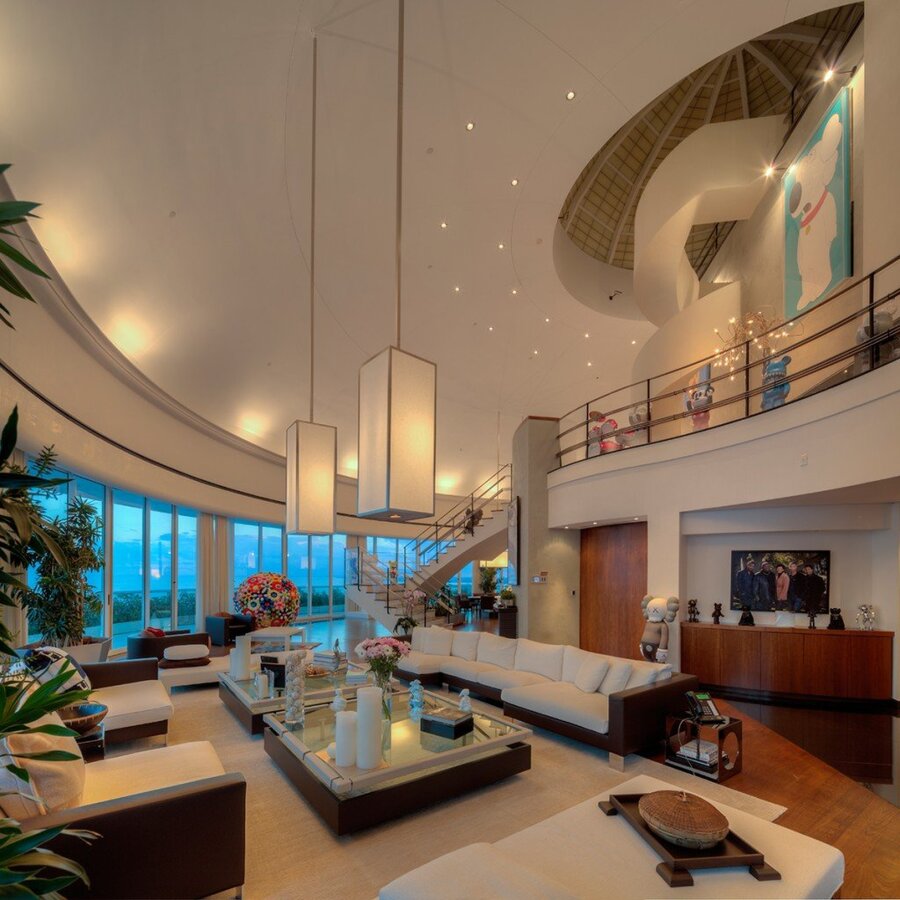 Whether the price is the $12.52 million Williams originally paid, or the $9.25 million it just sold for, the stellar penthouse certainly comes with a lot of character.

The dominant room of the floor plan is most certainly the apartment's living room. With ceilings that extend roughly 30 feet high, the open space allowed for plenty of creative freedom on the part of Williams. As seen in listing photographs, the musician added some spice of his own to the apartment, filling the space with his pop art collection. 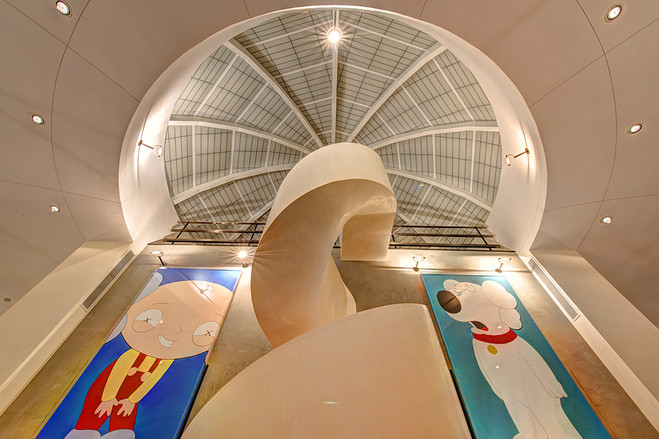 One of the most dramatic and eye-catching details of the home is the Venetian Plaster spiral staircase that leads up to a mezzanine beneath a large, translucent dome. 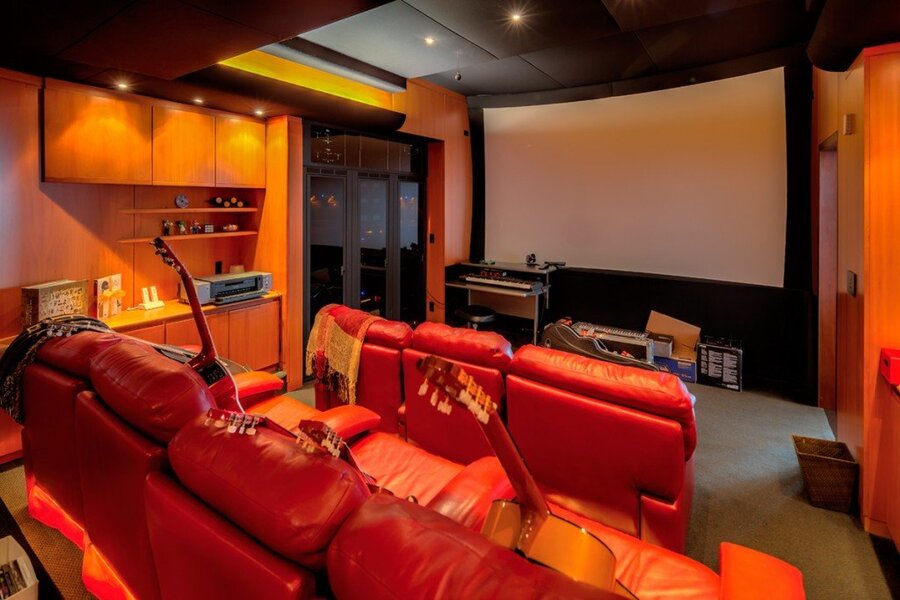 With three floors and plenty of space, the new owner of the penthouse – described only as a businessman from New Jersey – can enjoy a variety of amenities without leaving the comfort of his own condo. Not only does this Bristol Tower beauty have a billiards room and a gym, but it also a boasts a home movie theater and three levels of private terraces that come with a private outdoor pool and grilling area. 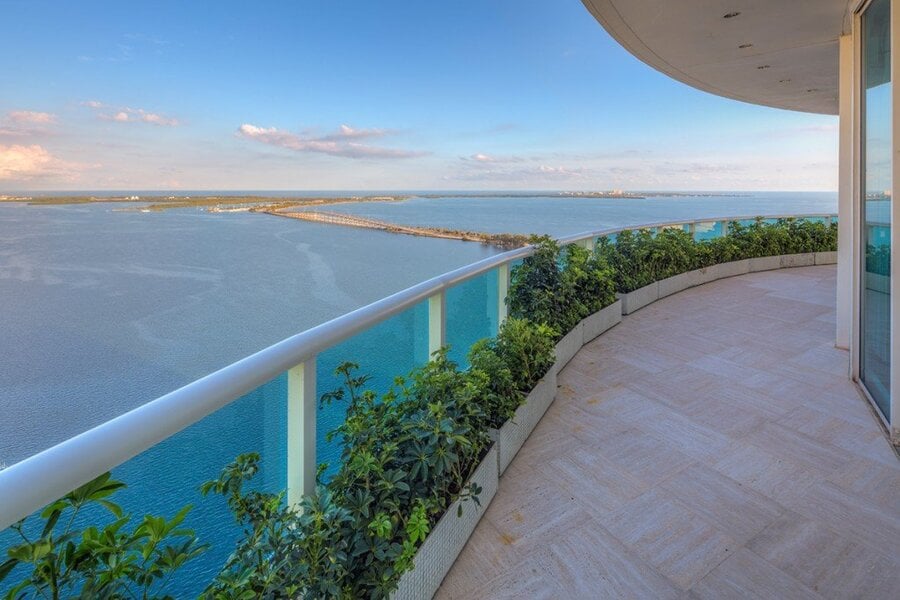 Another big selling point for this luxury penthouse is not what's on the inside, but rather what's just beyond building. A beautiful sight for residents of the neighborhood is the deep blue of the bordering Biscayne Bay, and there's no shortage of breathtaking views from the apartment's living room and terraces.

While Williams may miss the beautiful sights of Miami, the Grammy winning artist's newest digs in Los Angeles are anything but a downgrade. Just last year, Williams – who commands a growing net worth of $150 million – purchased a $7.14 million floor-to-ceiling glass-window-wall home that sits high on Laurel Canyon.