By Donna Mitchell on April 19, 2015 in Articles › Celebrity Homes

A lot of people wish they had Kobe Bryant's jump shot, his agile, fast breaking drives to the basket or his clean-as-a-whistle three-pointers from far afield. Most people never will. But one successful negotiator is about to have Bryant's 8,741 square foot mansion in Pelican Ridge, an uber-affluent community in Newport Coast, Calif.

The Mediterranean style mansion is reportedly under contract, and was most recently listed at $6.4 million. Pelican Ridge is already a well-heeled area, so it might not be outside the realm of possibility to see a big sale. It's just a matter of time before we see if the sale sets any new records.

The house itself is luxurious, with four bedrooms, 5 ½ bathrooms and formal dining areas. There are high ceilings everywhere (no kidding) from the grand foyer with a dramatic ornate staircase, to the chef's kitchen with features like a carved stone farmhouse sink. 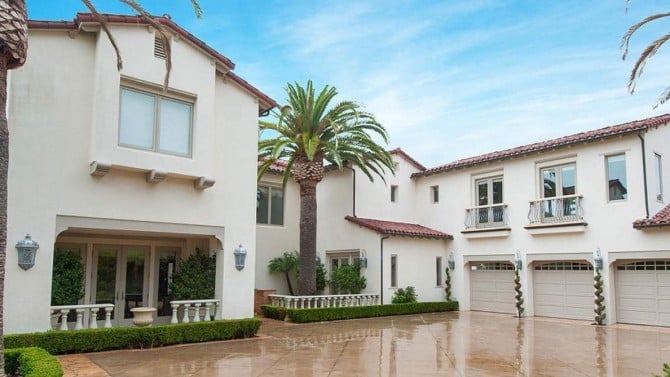 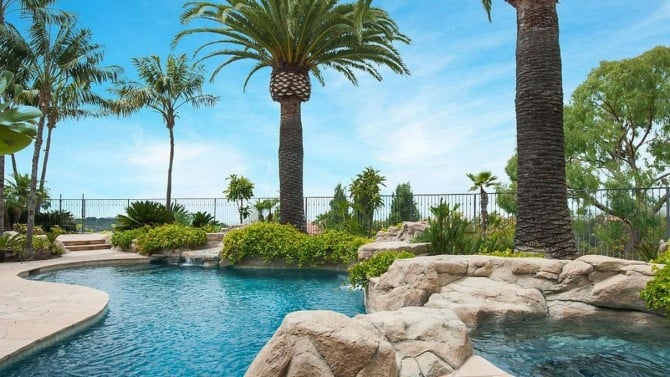 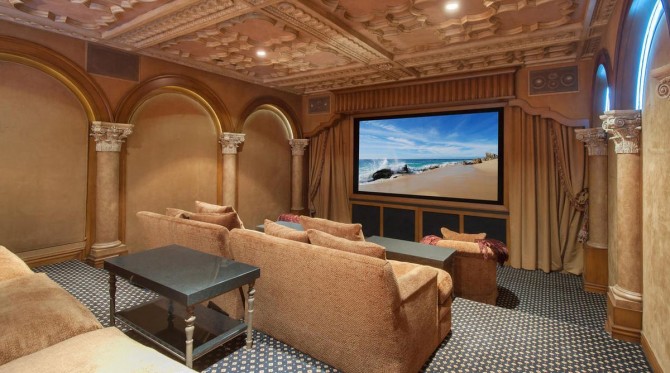 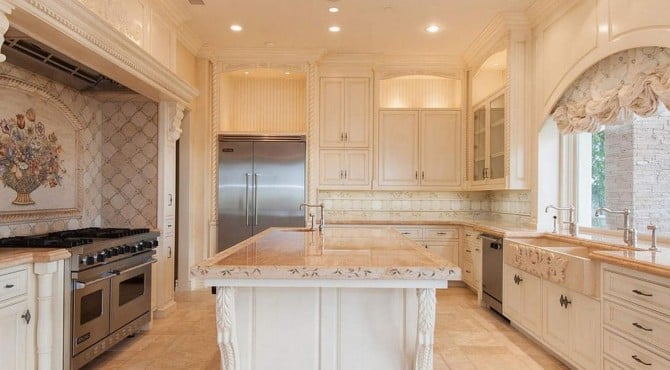 Whether or not the new owner is a professional athlete, the 850-square-foot gym is sure to please, and the house reportedly has a custom wood-paneled office and library with a built-in shark tank. If all that intensity gets to be too much, the property is balanced out with softer features, too, like a hair salon for some pampering. The backyard and outdoor features that are designed to promote domestic tranquility, and it starts with the outdoor kitchen. There are waterfall features incorporated with the swimming pool, a custom-built lounge surrounding a fire pit, all with sky-high, uninterrupted views of the surrounding area.

The house was initially listed in August 2014 for $8.5 million, and went through three price cuts. Now it looks like Bryant and wife Vanessa might have a deal that they like. Maybe that will also help make his recuperation even more comfortable.