Where Do Famous Celebrities Live?

By Joseph Gibson on December 5, 2019 in Articles › Celebrity Homes

Celebrities: They're just like you and me. Except most people probably aren't interested in where you or I live, unless you've invited them to a party where there's free food. But there are lots of people interested in where celebrities live – just take a look at the cottage industry of "star tours" in Hollywood, taking tourists to see the homes of the rich and famous.

That's because as the movie capital of the world, Hollywood, California is naturally home to the most famous people from the worlds of movies and television. Take a stroll around LA neighborhoods like Beverly Hills, Brentwood, Studio City, or Westwood, and your odds of running into a familiar face are higher than pretty much anywhere else in the world. And if you're a mega-fan of a particular actor, performer, or entertainer, it's almost scarily easy to find out their home address with a couple of clicks on the internet (it's probably not a good idea for you to go snooping around the place without an invitation though, especially since security at the homes of the rich and famous can be a little tight). 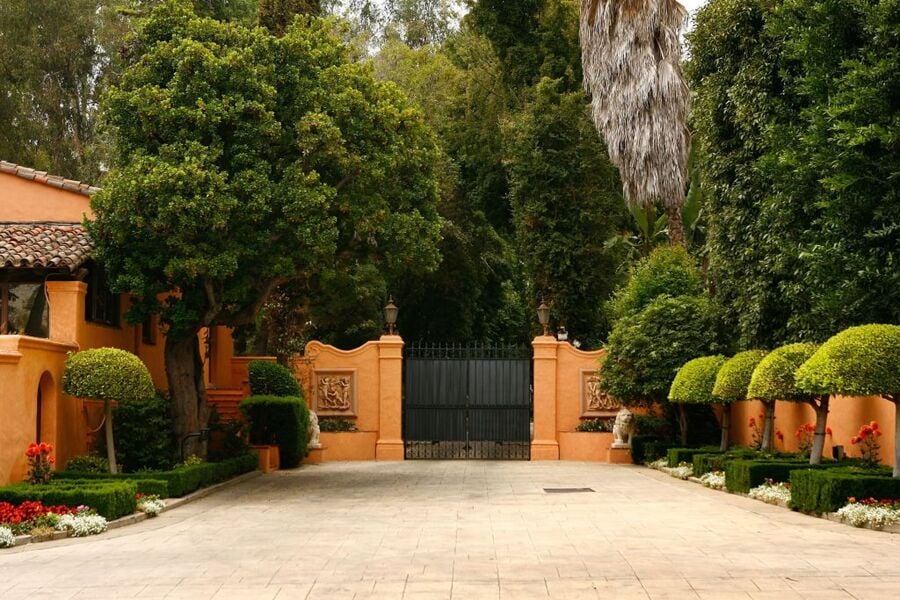 While a comprehensive list of celebrities who live in the Los Angeles area would be too long to include in any one place, a few of the most famous people with homes in these two epicenters of notoriety include Reese Witherspoon (who has a house in the Pacific Palisades), Christian Bale (who lives near the beach in Santa Monica), and Justin Bieber (who has a home in the Hollywood Hills). And of course, you can't talk about celebrity homes without mentioning Kanye West and Kim Kardashian, who call Hidden Hills and Calabasas home when they aren't out on their giant ranches in Wyoming.

Speaking of Wyoming, the Wests aren't the only famous people to own a secluded ranch property in that locale, far away from the glitz and glamour of Hollywood. Near the border of Wyoming and Idaho in Jackson, WY, actor Harrison Ford has some 800 acres to his name. Then there's nearby Jackson Hole, which has become a premier vacation destination for everyone from Sandra Bullock, Brad Pitt, and Uma Thurman, to golf legend Tiger Woods.

While one naturally expects to encounter celebrities while in Hollywood or New York City, there are plenty of famous faces who have opted for a quieter, more private small-town lifestyle, and not just in the Wyoming wilderness. Meryl Streep spends most of her private time at her home in Salisbury, Connecticut, while Julia Roberts's primary family residence is her ranch in Taos, New Mexico. Bill Murray is famously difficult to reach in his home in Charleston, South Carolina, which is also where Danny McBride lives. And Bruce Willis, Brendan Fraser, and the married Ryan Reynolds and Blake Lively are just some of the famous celebrities who have made homes in the quiet suburb of Bedford, New York.