By Chris Kelley on February 1, 2017 in Articles › Celebrity Homes

..And he scores! Former pro hockey player Wayne Gretzky has struck a deal in the real estate world after having little luck unloading his Los Angeles County crib over the past three years. The Hockey Hall of Famer traded in his over-the-top Thousand Oaks, California, estate for nearly $6 million almost a year after significantly scaling back the asking price.

The Los Angeles Times confirms that Wayne "The Great One" Gretzky is saying bye-bye to his rather dramatic mansion, which, if you're wondering, was modeled after his family's favorite boutique hotels, for a grand total of $5.85 million. Tucked within the gated boundaries where the neighborhood of Westlake Village meets the exclusive Sherwood Country Club, Gretzky's single-story stunner proved a surprisingly hard sell on the market despite its sought after location. The NHL great originally purchased the upscale contemporary for $2.76 million in 2009 through a blind trust. In all, it took the better part of three full years and a handful of price chops – the plush mansion was once tagged at $10.5 million in 2014 before it dropped to $8.2 million last year – for the former Los Angeles Kings player to strike a deal. 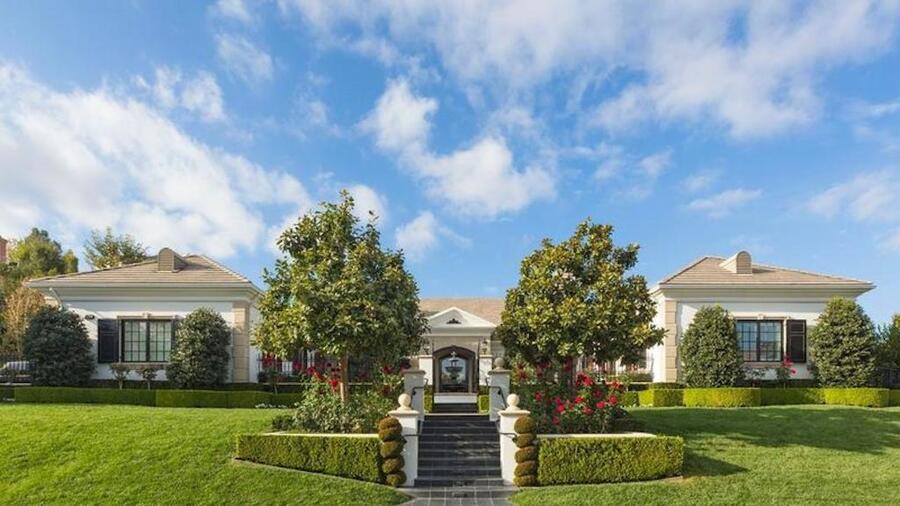 Described in marketing materials as a contemporary "designed to embody the lavish features of the family's favorite boutique hotels from their travels around the world," the six-bedroom, eight-bathroom mansion is nothing short of glamorous. The home's new owner, described by real estate brokers who represented the sale as an investment banking professional, will be enjoying more than 8,700 square feet of living space filled with richly designed walls and moldings, spacious grand living and dining rooms, and a backyard complete with a second kitchen and pool. Jealous? You should be. 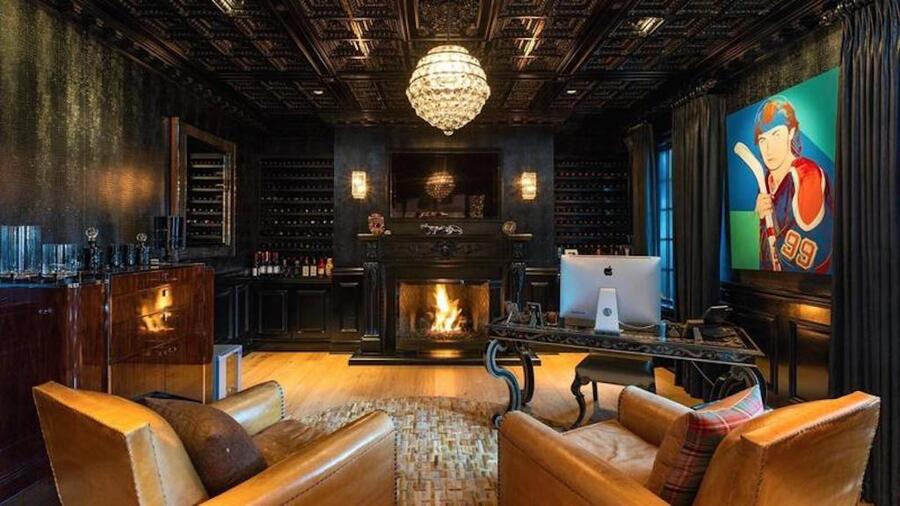 Each room within the richly designed home comes with an array of details that certainly echo the same boutique hotel vibe the Gretzkys had hoped for. Lavish chandeliers complement coffered ceilings, while paneled walls enhance built-up moldings and trims throughout many of the home's living and dining areas. 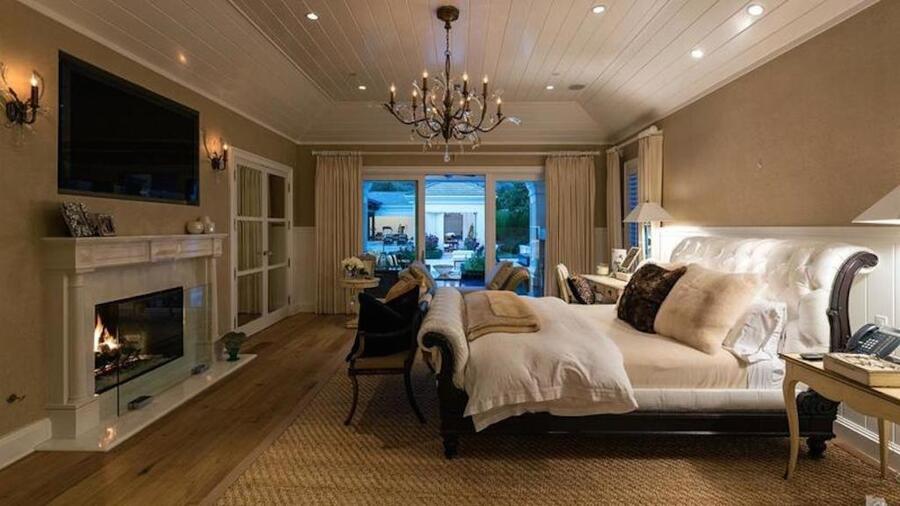 The master bedroom, similar to both the home's dining and living rooms, features a fireplace with ornate mantels and a stand-out chandelier fixture. An added perk of being a one-story edifice means that the sliding glass doors here don't open up to a balcony, but rather directly into the estate's manicured lawns, swimming pool, and spa. 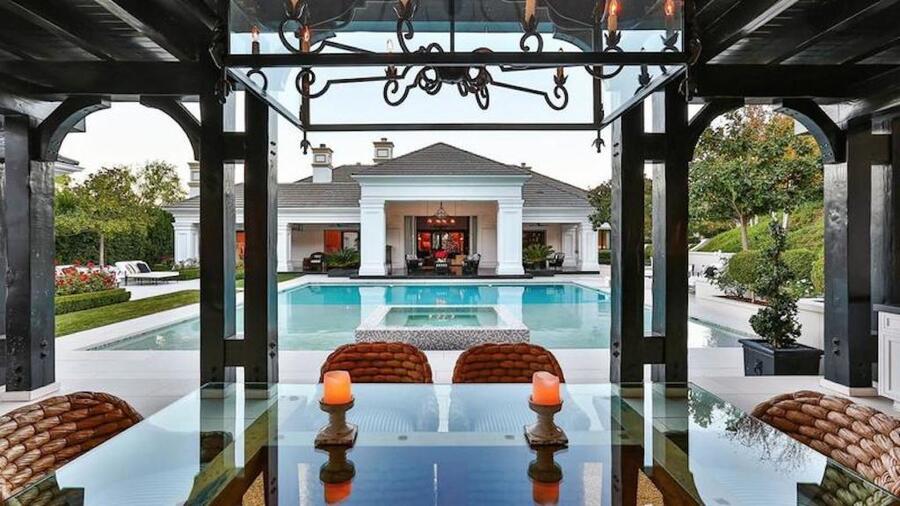 A contrast to the home's bright white kitchen, the outdoor kitchen sits tucked beneath an open-air cabana running parallel to the home, across from the uniquely designed swimming pool.

Despite the sale, it appears that Gretzky and his family aren't planning on changing their zip code any time soon. The former NHL star apparently enjoyed his time within the gated Sherwood Country Club so much so that he's currently building a new home in the very same neighborhood. 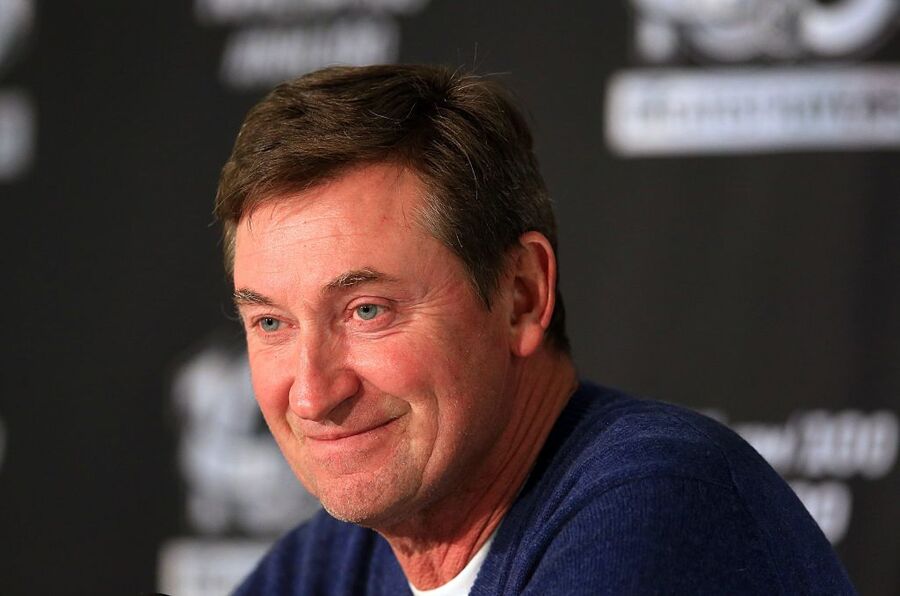 Wayne Gretzky, a.k.a. "The Great One," is a former hockey player and former coach known for his impressive career both on and off the ice. From 1979 to 1999, Gretzky hit the ice for 20 seasons in the National Hockey League. Many attribute the rise in popularity of hockey in California to his 1988 trade to the Los Angeles Kings. He later became part owner and then team coach for the Phoenix Coyotes until his resignation in 2009. In 2016, Gretzky became partner and vice chairman of Oilers Entertainment Group. He is married to actress Janet Jones and together the couple have five children. As of this year, 56-year-old Gretzky's net worth is $200 million.