By Beth McDonald on June 6, 2016 in Articles › Celebrity Homes

In the market for a private jet? After being used by the Qatari royal family for over 20 years, a Boeing 747 private jumbo jet has been put up for sale. The jet is being sold by private jet charter and management company Book A Jet for an undisclosed sum. However, according to The Daily Mail, experts believe the jet is worth approximately $26 million.

In the listing, Book A Jet described the sale as a "unique opportunity to purchase a truly remarkable Boeing 747 private jet.'" 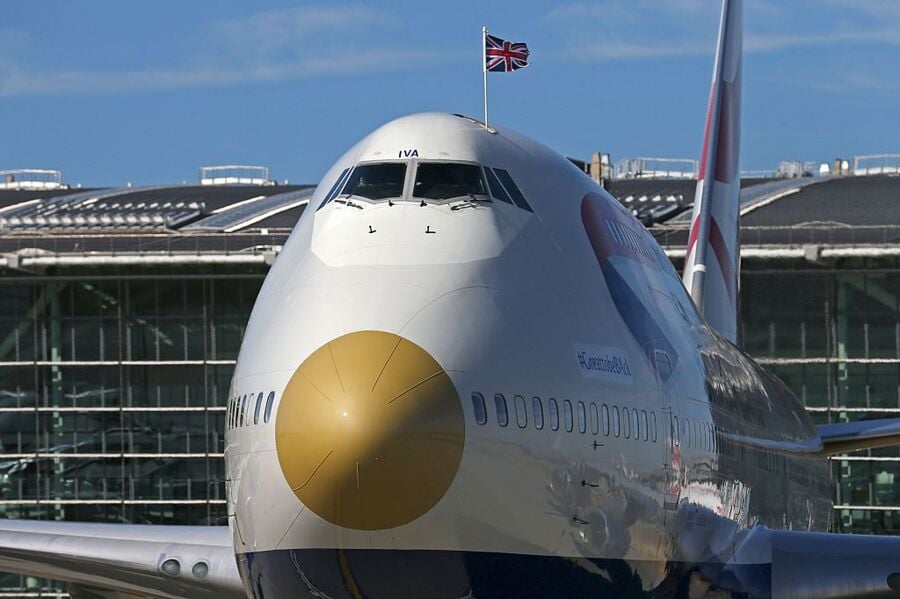 The jet has a wingspan of 195 feet and a height of 65 feet. It holds 89 passengers, including seats in first-class, business-class, and tourist-class sections. According to The Daily Mail, the jet was one of 45 special performance models first made in the late 1970's, and is one of only 12 still being flown. The jumbo jet, which is based in the U.K., is typically stationed in the Bournemouth Airport in Dorset, but makes frequent flights to Qatar, Zurich, and Paris, according to Doha News.

According to Book A Jet, "This 'Head of State' configured aircraft has been meticulously maintained and cared for under the same ownership for over 20 years with a dedicated maintenance company." The interior layout of the jet was described Book A Jet as "VVIP," with several meeting and conference rooms, staterooms, offices, and dining areas. The jet was extensively refurbished in the mid-2000s, and includes opulent features, such as a spiral staircase, cream-colored leather seating, gleaming wood furniture, and gold-trimmed walls and fixtures.

Book A Jet did not list an asking price for the jet. Rather, it is asking interested buyers to make an offer. "You will be very surprised what a superb value this aircraft is considering its pedigree, condition, and available extras," noted Book A Jet in the listing. The jet is also being sold with two spare engines, as well as two spares each of nose wheels and main wheels. Similar jets in working condition have been listed for upwards of $26 million. In addition, a similar plane was sold as scrap in 2015 for an estimated $2 million, according to The Daily Mail.

If you think you can swing the sure-to-be hefty price tag, Book A Jet is offering additional details, including a full-set of interior photos, a high-resolution diagram of the aircraft layout and passenger accommodations, pricing information, and a private viewing, for seriously interested buyers only.