The Palm Beach compound that once belonged to dead sex offender and financier Jeffrey Epstein and which can only be described as "infamous," has been listed for sale, reports The Wall Street Journal. The waterfront compound where many of Epstein's alleged crimes took place was purchased by the financier in 1990 for $2.5 million, and now the asking price for the property is just shy of $22 million. And Epstein's New York townhouse is also up for sale, with an asking price of $88 million.

That's despite the infamy of the property that could make it difficult to sell to anyone other than a buyer interested in completely tearing the existing structure down and starting again from scratch. But listing agent Kerry Warwick of the Corcoran Group tried to put a positive face on things in her statement to WSJ:

"I believe the past ownership of the property will bear no relationship to its future…The location and what can be done with it is really what matters."

You'll notice that Warwick emphasizes the location of the property rather than any features of the home itself, which provides a clue to the sort of buyer they're looking to appeal to – someone who's looking for a bargain on a prime piece of South Florida real estate, located, interestingly, only a mile or so from Donald Trump's private Mar-a-Lago club.

The house itself was designed by architect John Volk in a 1950s Indies style, and includes a six-bedroom main house and three-bedroom staff house, plus a pool house, for a total of roughly 14,000 square feet of interior space. 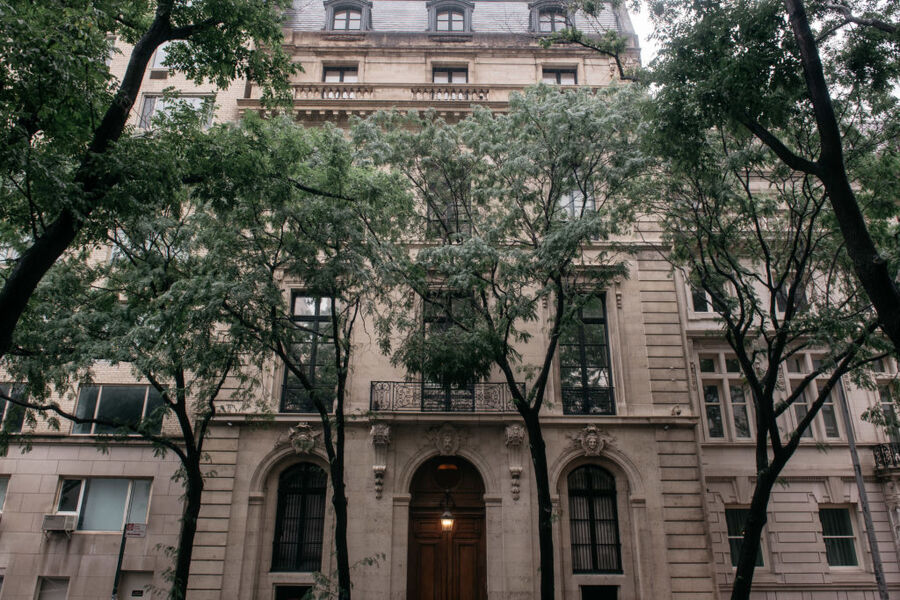 The Palm Beach property isn't the only one of Epstein's former assets now up for sale. His townhouse on the Upper East Side of Manhattan (pictured above) has also been listed for $88 million, a reflection of its extremely exclusive location on East 71st Street, described by the Wall Street Journal as "one of the most prestigious blocks in the city."