A so-far anonymous individual just bought two condos located at 220 Central Park South for a combined $157.6 million. It is one of the most expensive residential transactions of all time in New York City. The first acquisition bought a 5,935 square foot full-floor unit on the 60th floor for $82.5 million. The second acquisition paid $75 million for a second full-floor unit on the 61st floor. The deal also includes a studio on the 18th floor.

The transaction was conducted through a limited-liability company and the actual buyer was not identified.

The full-floor units were resales who also concealed the identities of the sellers. However, the seller(s) made a tidy profit. The 60th-floor unit was purchased in 2020 for $50.9 million and the 61st-floor unit previously changed hands for $51.4 million. 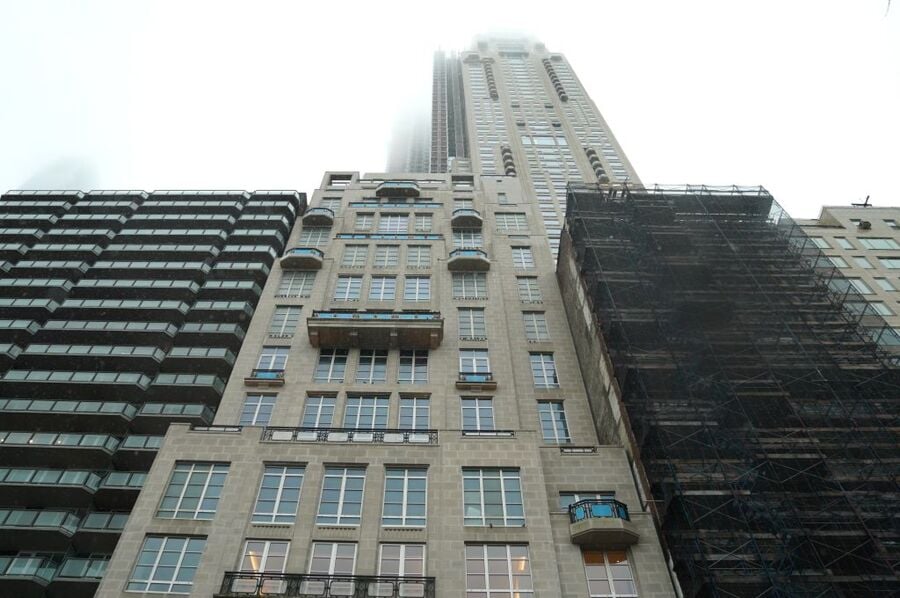 The condo tower is on Manhattan's Billionaire's Row and it has the record for 2019's priciest U.S. residential real estate sale. Hedge fund tycoon Ken Griffin paid $238 million for a 24,000 square foot penthouse in the building. The building features amenities including a private restaurant, gym, and pool. Famous and/or wealthy residents include Sting and his wife Trudie Styler, and Och-Ziff Capital Management's Daniel Och.

Despite the insanely high prices of the condos at 220 Central Park South, the building is 91% sold out. As of April 2021, $2.86 billion worth of real estate in the building had been sold.

The two full-floor unit sales are among the first resales in the building. Connecticut-based hedge fund manager Igor Tulchinsky closed on the first resale at 220 Central Park South in April, buying a condo for $33 million which represented a 23% markup from the price paid by the seller in early 2020 (two months later Igor dropped $40 million on a home in Florida).

This might just prove that the most expensive building in New York can hold its value even when other condo buildings on Billionaire's Row have seen sales slow down during the Covid-19 pandemic. One57, a luxury tower just two blocks away has seen its sellers depart with their units at double-digit losses over the past several years.

The deal also signified the surge in the Manhattan luxury market. For nearly 20 weeks in a row, at least 30 contracts per week have been for $4 million or more.