By Chris Kelley on June 4, 2017 in Articles › Celebrity Homes

Le Château des Palmiers, President Donald Trump's luxe walled estate in the Caribbean, is now on the real estate market with a steep price tag. While the official listing – held by Lesley Reed of Sotheby's International Realty – suggests that the asking price is available only upon request, several other listings and media outlets confirm that Trump wants $28 million for the walled oceanfront getaway. Not in the market to buy? Not a problem. Trump's St. Martin estate is available to rent starting at $6,000 per night.

This sale marks the first known major divestiture of a Trump property since he was sworn in as president, according to NPR. Trump scooped up the St. Martin estate almost four years ago while it was tagged with an asking price of $19.7 million. Since then, he has used the property mostly as a rental property, pulling in anywhere between $100,000 and $1 million per year from it, according to disclosure filings obtained by the Wall Street Journal. According to these filings, the WSJ reported that the president owns the Caribbean compound through two different shell companies, Excel Venture I, LLC and Excel Venture Corp II.

The lavish property is described as having two villas – a beachside villa and a gardenside residence – atop five acres of land. While the compound is walled off, it still manages to steal a beautiful view of the Caribbean Sea. According to its TripAdvisor listing, the chateau – described as the ideal western exposure – is large enough to sleep 20. Beyond the copious amount of private quartering available, the Caribbean compound also boasts dozens of colorful gardens, a one-hole golf course, swimming pool, and fitness center between the two villas.

The beachside villa – arguably the main house of the titanic compound – can house up to 10 people alone and features a two-floor master suite with private balconies, a Jacuzzi tub, office space, and an al fresco dining deck. Closest to the water, it also provides direct private access to several Plum Bay beaches and tons of lounging and entertaining space around the pool.

What is described as the gardenside villa has four bedrooms, all with en suite bathrooms, and large and spacious dining and living areas. This home is closest to the property's golf course and tennis court, two excellent opportunities to enjoy the tropical weather and sunny ambiance. The rental listing describes both villas as having rooms that are "sumptuously decorated in rich tradition." 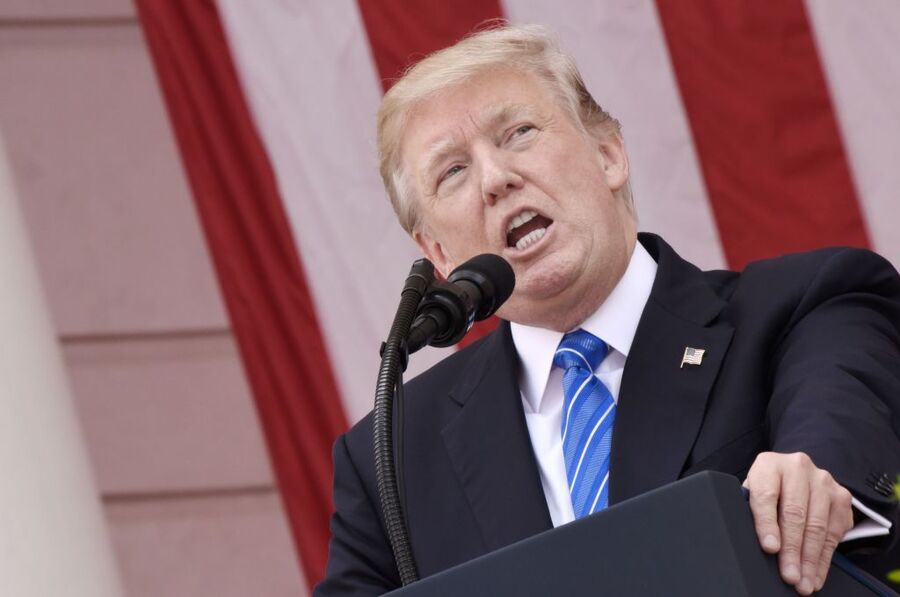 President Donald Trump holds a current net worth of $3.7 billion. Before venturing into the world of politics, Trump rose to prominence as a major player in both domestic and international real estate beginning in the late 1960s. Since then, Trump and his family have continued to build and diversify their large business empire. Trump took on another level of celebrity with his involvement in The Apprentice, a role that catapulted him into reality T.V. superstardom and reportedly earned him $3 million per episode. President Trump took office on January 20th, 2017.