Tony Soprano's House Is Up For Sale With A "Starting Price" Of $3.4 Million

It's one of the most immediately recognizable TV homes of all time, up there with the Brady house, the house Walter White threw the pizza on, and maybe even the Batcave. It's the house that for six seasons was seen as the home of Tony Soprano and his often miserable family on the HBO original series The Sopranos, and which, according to a recent New York Times story, is now being put on the market.

The house is located in North Caldwell, New Jersey, and is intimately familiar as not just Tony and Carmella's home on the show, but a prominent part of The Sopranos' equally iconic title sequence, at the end of which Tony is seen pulling into the house's long driveway. And the home's current owners, Patti and Victor Recchia, who have lived in the house for some 32 years, are hoping that notoriety will allow them to squeeze a significantly larger selling price out of the house than they otherwise might, or maybe even a (hopefully non-violent) bidding war. While a typical home comparable to their 5,600-square-foot spread in the area might be expected to go for somewhere between $1.5 million and $2 million, they've listed it with a "starting price" of $3.4 million. As Victor Recchia explains, there's a certain intangible x-factor involved when a house becomes a piece of pop culture history, that can elevate it beyond the value of its "brick and mortar":

"Those things can be quantified…but I don't think you can quantify the intrinsic value of this home." 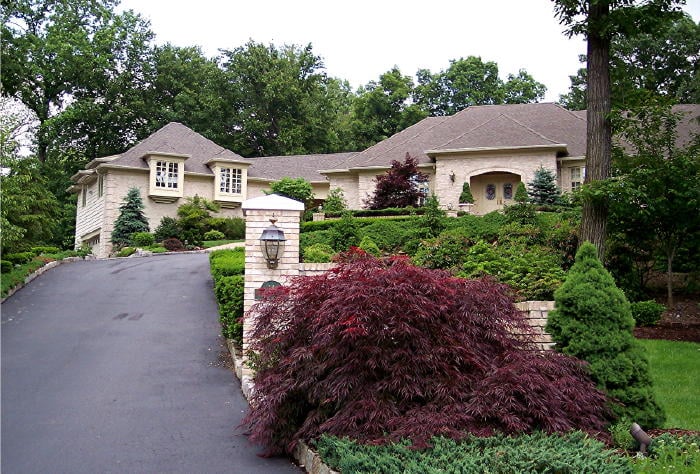 Sure enough, the house has become something of a mecca for devotees of the still popular series, and Patti Recchia claims that visitors to The House That Tony Built are a regular, and apparently welcome, occurrence:

"I was pulling out of the driveway and I noticed a few fellas on their motorcycles coming down the cul-de-sac…So I open my car window just to acknowledge them, and they say, 'Hi, Mrs. Soprano! We're not going to mess anything up, just want to take a couple photos.'"

You can also find evidence of the home's notoriety on YouTube, where plenty of fans, including YouTuber June Penny below, have documented their own visits to the house:

With that in mind, it's easy to see why the Recchias believe they can lean wholly into their home's mafioso associations as a way to get the best price possible.