By Chris Kelley on November 11, 2016 in Articles › Celebrity Homes

The good news? One of the world's most influential fashion designers has slashed $21 million off the price of his New York City penthouse. The "bad" news? Well, Tommy Hilfiger's Plaza Hotel pad is still going to cost you $58.9 million.

Hilfiger's luxurious apartment in the famous New York building spans the 18th and 19th floors and was originally purchased by him and wife Dee Ocleppo in 2008. Despite hacking off 26 percent of the penthouse listing's initial asking price, the couple stands to make quite the deal, as documentation shows they purchased the two (now) combined units for a total of $25.5 million.

Hilfiger's Plaza penthouse is spacy in comparison to other Manhattan abodes offering up 5,665 square feet of living space. Complete with four bedrooms, four-and-a-half bathrooms and beautiful views of both Central Park and Fifth Avenue, the luxurious living space also doesn't disappoint, with additional add-ons including a spiral staircase, its own library, a wet bar, private terrace and several walk-in closets.

The home's main floor is dominated by elegant lacquered walls, with black and rich red hues dominating the design scheme that additionally incorporates a fine cheetah print. Adding to the personal touch of the two-floor apartment, the entire space is covered in reclaimed wooden floors and vintage fireplaces direct from England. The flooring and added amenities were installed in the unit along with Hilfiger's large collection of antique and vintage mirrors.

While the apartment packs its own personalized punch, there are several rooms that echo back to the original crisp and clean design of an upscale hotel, like the master bedroom pictured above. Of course, like many high-scale hotels, any future owner of Hilfiger's apartment will have full access to The Plaza Hotel's array of special service amenities, which include both maid and room service.

One uniquely interesting feature of the home is this one-of-a-kind piece of art found encapsulated in this room's dome. Entirely an original piece, this space includes a painted mural by Hillary Knight, the original illustrator of the Eloise books.

Hilfiger initially listed the luxe Manhattan penthouse for $80 million in 2014 and later dropped the apartment's price to $75 in 2015. Earlier this year, he reintroduced the listing with a price of $68.9 million before reducing it down to its current asking price of $58.9 million. According to Hilfiger, him and his wife now spend most of their time at the family's Greenwich, Connecticut estate. The family also owns property in Miami, Florida and in Mustique, a private island located in the Caribbean. 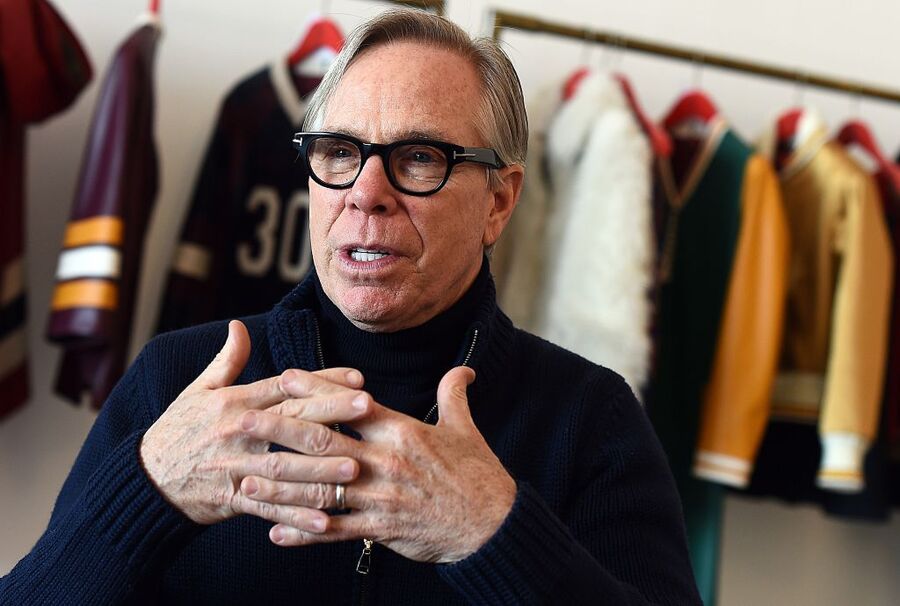 Fashion designer Tommy Hilfiger, who maintains a net worth of $250 million, got his start in the industry at the age of 18, buying and customizing jeans to resell them at a store in his hometown. In 1984, he founded the Tommy Hilfiger Corporation, a successful endeavor which later earned him the title of the Council of Fashion Designers of America's Menswear Designer of the Year in 1997. In 2006, he sold his company for $1.6 billion to private investment company Apax Partners.