By Chris Kelley on June 4, 2017 in Articles › Celebrity Homes

Talk about a real estate win-win for actor Tom Hanks! A double deal for this Academy Award-winning actor and his wife after the couple sold not one, but two homes in a bundled deal worth just over $17.5 million.

Property records show a handsome deal for Tom Hanks and his wife, actress and producer Rita Wilson, a year after the couple listed two of their Pacific Palisades, California, homes. Real estate-savvy blogger Yolanda Yakketyyak was the first to reveal the official sale of the side-by-side homes in the city's posh Riviera neighborhood.

The two lavish properties, both of which first hit the market in 2016, were initially listed for a combined price of $18 million and were scooped up by an unknown buyer for $17,500,500. The Hollywood couple initially purchased the homes for a total of $13.1 million, meaning this sale has earned them a cozy profit.

The Hanks-Wilson sale consisted of two beautiful neighboring homes, the larger topping out at 7,260 square feet and the smaller of the two (pictured above) coming in at 3,930 square feet. The latter, in particular, is a recently updated 1993 Spanish Revival villa sitting atop more than half an acre of land. Individually, the villa carried with it an $8.75 million price tag and ultimately ended up selling for $7,342,500.

The second of the extravagant homes just sold is this – an oversized English Country style mansion hailing from the 1950s. Complete with a total of seven bedrooms and six bathrooms, this property is no doubt the most massive of the sale and also the one padding the Hollywood couple's pockets the most. Despite marketing it with a $9.25 million asking price, Hanks and Wilson scored a considerable sum above its price tag, netting $10,158,00 alone for the heaping property. Talk about a win-win!

Despite their most recent real estate success, the star couple won't be saying their goodbyes to Pacific Palisades any time soon. Variety reports that the couple owns at least five other multi-million dollar homes in the city. Hanks and Wilson also lay claim to an oceanfront estate in Malibu, as well as a property just outside Rocky Mountain ski community Sun Valley, Idaho. 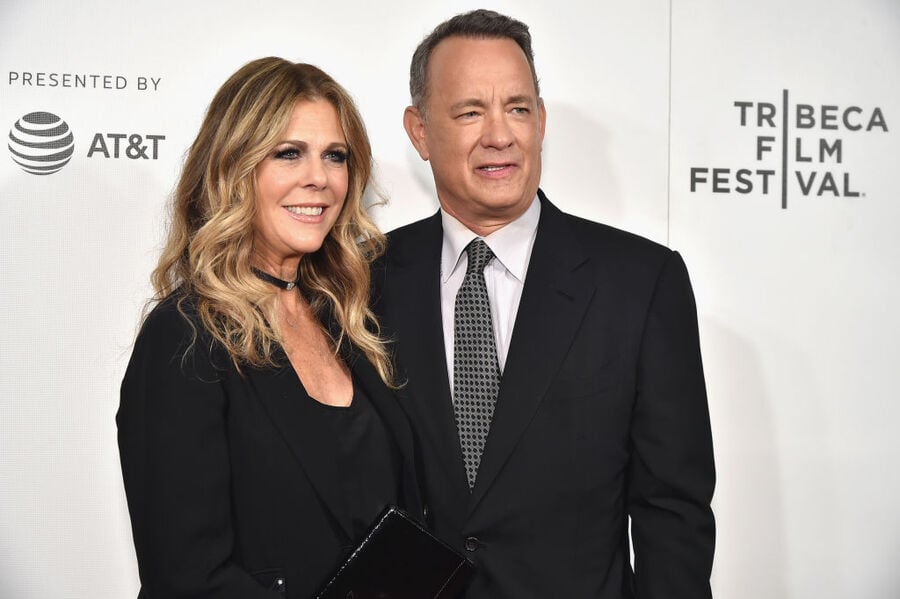 Actor-director-writer-producer Tom Hanks holds a net worth of $350 million, while his wife Rita Wilson holds her own with a $20 million individual net worth. Check out a complete breakdown of the Hollywood couple's combined net worth here. Hanks, noted as one the most famous, highly-regarded and best-paid actors in Hollywood, has a domestic lifetime box office gross that is more than $4.1 billion. As an actor, he first gained major recognition for his role in 1988's Big before going on to star in dozens of critically acclaimed comedies and dramas. Wilson began her acting career with a guest-starring role on The Brady Bunch and has branched off into producing, with such hits as My Big Fat Greek Wedding – the highest-grossing independent film of all time – and Mamma Mia! under her belt.

Hanks and Wilson first crossed paths with one another on the set of the ABC sitcom Bosom Buddies, which featured Hanks portraying a cross-dressing advertising agent. In 1988, a year after Hanks' divorce with Samantha Lewes, the couple tied the knot. Hanks has two children from his first marriage, Colin and Elizabeth, and together with Wilson he has two more, Chester and Truman.