By Chris Kelley on September 13, 2016 in Articles › Celebrity Homes

Directing movies and serving as a high-profile fashion designer for the likes of James Bond just wasn't enough for the famed Tom Ford, he wanted to actually have his own movie set at his house. However, with the recent listing of his New Mexico property, living like a famous designer and having your own film set next door could be a very real possibility – if you can afford it.

While the New Mexico desert property was listed for sale in July under broker Kevin Bobolsky, it does not have a publicly-disclosed price tag attached to it. Suggested to be priced at up to $75 million by The Santa Fe New Mexican, Ford's Cerro Pelon Ranch spans 20,662 acres, containing a reflecting pool, a barn, staff quarters, two guest houses and an entire Western-inspired movie set. In all, the widespread property is nearly one-and-a-half times larger than the island of Manhattan.

Located within the Galisteo Basin, Ford's eye-opening ranch is just a short drive from Santa Fe, New Mexico and features modern designs as breathtaking as they come. The brainchild of critically acclaimed Japanese architect Tadao Ando, who is best known for his work on the Church of the Light in the Osaka, Japan, the large estate marries traditional American ranch themes with the sleek shapes of Ando's home country.

First noticeable, as one arrives at the massive estate, the Cerro Pelon's traditional reflecting pool offers up an Ando-inspired piece of earthly serenity. The waters surround much of the property, with walkways serving as dividers leading to the ultramodern desert dive's main accommodations.

The ranch's main house connects into the estate's barn, which features eight stalls and is hugged by two circular riding rings, one indoor and one outdoor. Further along the property, other amenities such as several storage warehouses, a tennis court, an airstrip and a hangar can be found.

While the estate's stylish and modern appearance, immense size, and notable amenities make it a standout piece of property, it is perhaps the ranch's most unlikely addition that makes it all the more appealing. Not far from the ranch's main house sits the small, iconic Western film-featured town of Silverado, a literal strip of Old West inspired storefronts and buildings created for the iconic 1985 film of the same name. While the set originally began as many small, shoddy props, it has since developed and grown to become a fully intact mini town. Since its inception, the life-size set has been featured in many notable big screen productions, including Wild, Wild West, 3:10 to Yuma and Thor. 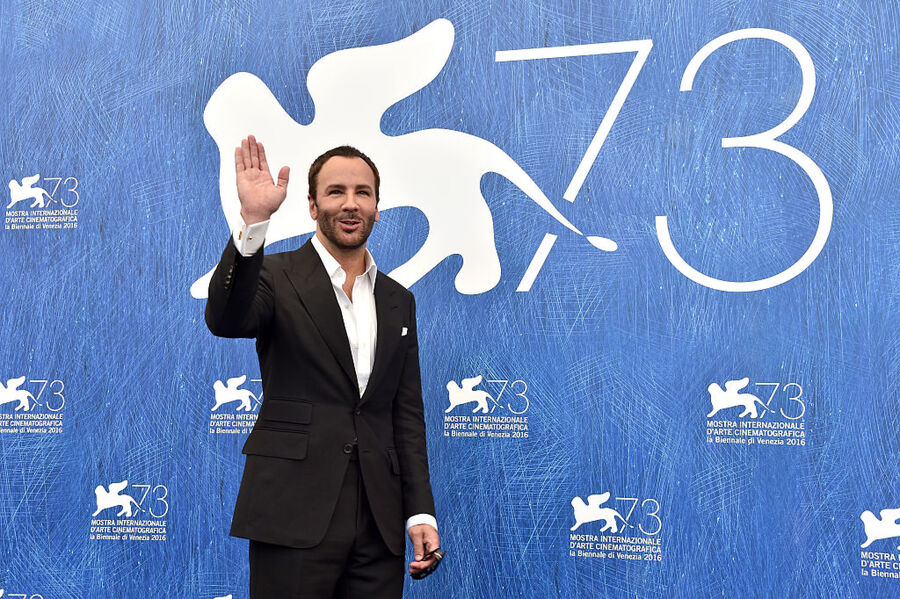 The ranch's owner, Tom Ford, has a $300 million net worth, obtained through his industry-crossing successes in both the fashion and film world. First known for his role as creative director for Gucci, the successful designer has since launched a high-end, self-titled label of his own. In 2009, Ford's name became a Hollywood staple when he directed the Oscar-nominated film A Single Man. Ford, his husband, journalist Richard Buckley, and their son Alexander reside primarily in the family's Los Angeles and London residences.