By Joseph Gibson on October 14, 2020 in Articles › Celebrity Homes

After spending several months renting Derek Jeter's Tampa-area pad, Tom Brady, newly of the Tampa Bay Buccaneers, is said to be nearing a deal on another mansion nearby that he'll be able to call his own. That's according to a recent TMZ report, that says Brady is supposed to be close to signing a deal for a home at some $7.5 million.

The house is a custom-built, five-bedroom spread in a gated community in Clearwater, Florida. It's got more than 8,500 square feet of living space five full and three half baths, with its own private dock on the water outside. Back inside, amenities include a private theater, billiard room, media center, an elevator, and, naturally, a well equipped gym. 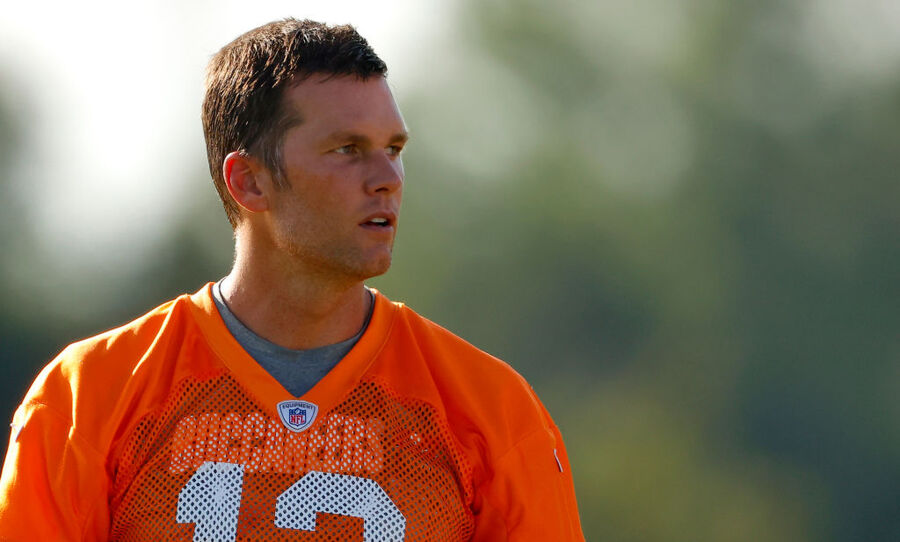 If the report is correct, the new Tom Brady house is one of those rare pieces of real estate with its own website, which describes the home like this:

"Attention to detail and the sophisticated use of glass, stone, quartz, and woodwork come together to create a warm, relaxing and tranquil environment which redefines this modern waterside residence.

"This unique home features, 5 bedrooms, 5 en-suite baths, and 3 half bathrooms, three levels of entertainment and a home gym off the luxurious master suite, with spectacular views over over the bay. Ask us about the executive office and 2nd-floor utility room."

Then there's this unattributed quote that puts the house in an even loftier perspective:

"Meticulously developed over a five year period, this unique contemporary home was designed both to showcase the owner's art collection & to be a work of art, in and of itself."

In any case, we'll soon find out for sure if Brady is indeed preparing to move into this impressive residence near his new Florida stomping grounds – and if he decides he needs more space, there's an empty lot next door that he might decide to purchase, too.