By Amy Lamare on March 5, 2016 in Articles › Celebrity Homes

If you've ever dreamed of playing King and Queen and wondered what it would be like to roam the halls of Buckingham palace while wearing a tiara… well, just keep reading.

Let's assume there is a situation where the Royal Family would list Queen Elizabeth's home on Airbnb. What would it cost to rent Buckingham Palace for a night? Do you have $1.4 million to spare? That is what it is estimated to cost you to rent the palace for one evening. Can you imagine the cleaning deposit you'd have to put down? The $1.4 million price tag is assuming the Queen rents out all of the castle's bedrooms for roughly $14,000 each per night. 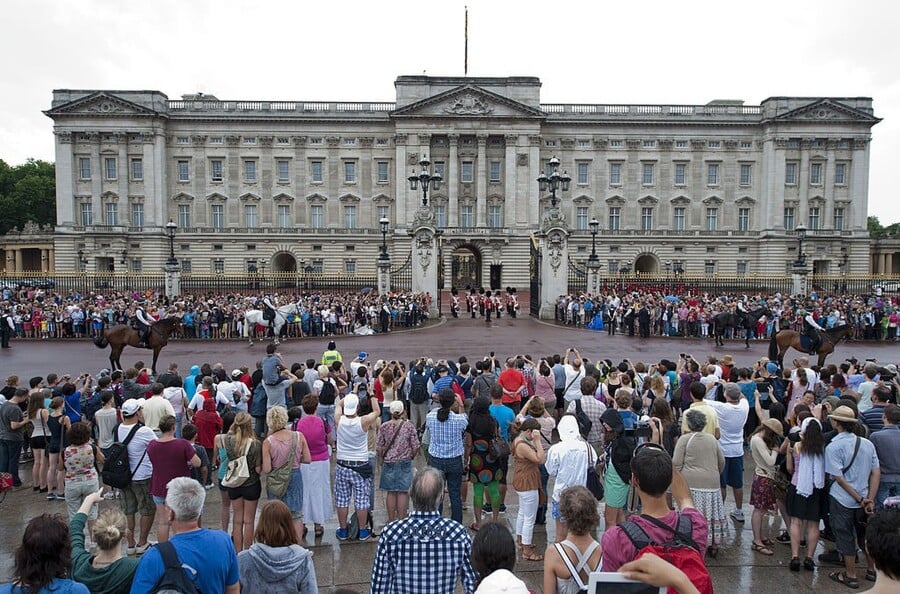 This flight of fancy comes from the elite rental agency, Elysian Estates, which has priced out several well-known British properties, including 10 Downing Street, the Prime Minister's home, Windsor Castle, David and Victoria Beckham's former home, and even the birthplace of the bard, William Shakespeare – just in case they ever go on the rental market.

According to their website, 10 Downing Street is a great party house that can host up to 60 guests for dinner and it sleeps eight. Theoretically, it would rent for about $87,000 per night.

Windsor Castle, the country castle of the Royal Family, could bring in $3.2 million per night for each of its 225 bedrooms.

The former mansion belonging to David and Victoria Beckham has seven bedrooms, a gym, and a recording studio. It would rent for a bit over $11,000 a night.

The most affordable option on the list is the birthplace of Shakespeare in Stratford-upon-Avon. That home would rent for just over $700 per night.