By Joseph Gibson on January 21, 2020 in Articles › Celebrity Homes

Real estate billionaire Cheung Chung Kiu is the new owner of London's massive 2-8a Rutland Gate, Bloomberg reports. And if the price he's rumored to have paid for the property – $275 million – proves to be accurate, the home would be not just the most expensive in the United Kingdom but among those in the entire world.

The mansion known as 2-8a Rutland Gate was originally four houses with two addresses on Rutland Gate in London's Knightsbridge district. But they've since been combined into one massive, 45-bedroom mansion overlooking Hyde Park and a short walk away from London's famous department store Harrods.

The house itself has multiple elevators, elaborate security features like bulletproof windows, a swimming pool, and even its own underground parking structure. And some of its notable former occupants include billionaire (and former prime minister of Lebanon) Rafic Hariri and the departed Crown Prince of Saudi Arabia, Sultan bin Abdulaziz. 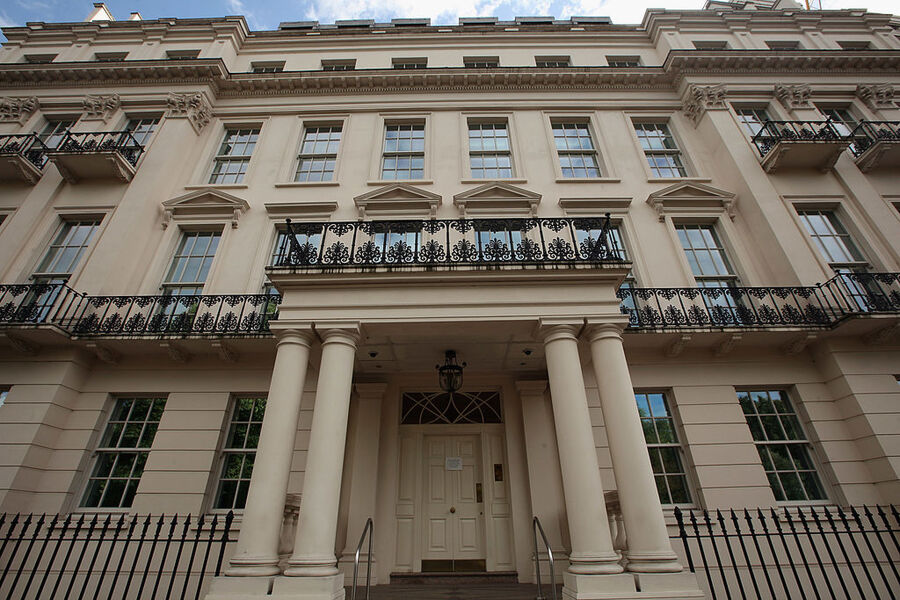 The Rutland Gate mansion is not the only property Cheung owns in London. Forbes reports that his Hong-Kong-based company CC Land Holdings also owns the London skyscraper known informally to residents as "The Cheesegrater."

And if the $275 million price turns out to be accurate, it would mean that Ken Griffin's world record $238 million Manhattan penthouse purchase is no longer the most expensive price paid for a single residential property. Closer to home, the price is also more than double of what it was bought for back in 2011.