By Brian Warner on July 1, 2022 in Articles › Celebrity Homes

On July 6, 2012, Drake bought the first parcel of what eventually grew into a 3-parcel, 7-acre compound that he nicknamed the "YOLO Estate." That was just shy of 10 years ago.

Back in March, soon after he acquired a new estate in Beverly Hills for $70 million, Drake listed the full YOLO Estate for $22 million. Each parcel could also be bought separately.

One month later, NFL quarterback Matthew Stafford scooped up two of the estate's three parcels for $11 million. Outlined in white in the image below is an aerial shot of the full YOLO Estate. Matthew Stafford bought everything to the left of the red line. Roughly 3 acres, two homes, stables and a riding.

Everything to the right of the red line remained available for purchase with an asking price of $14.8 million. Until this week. 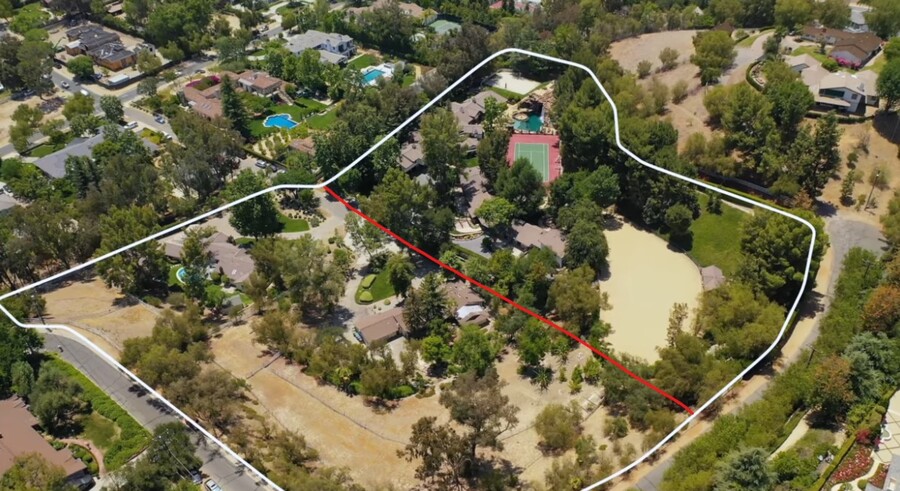 An unidentified buyer just paid $12 million for everything you see to the right of the red line in the image above. AKA, the everything that constituted the original YOLO Estate.

Below is a video tour of all three properties. The first roughly 2 minutes are dedicated to the primary property that just sold:

Some notable features of the mansion:

In case this is your first time hearing about the YOLO Estate, allow me to expand on arguably the mansion's most-impressive feature: The pool.

According to legend, back in the early 2010s when he was very much an up-and-coming rapper, for inspiration, Drake Googled "craziest residential swimming pools." He soon found himself staring at a photo of his future mansion. He right clicked and set the photo as his desktop browser image. The image would have looked something like this: 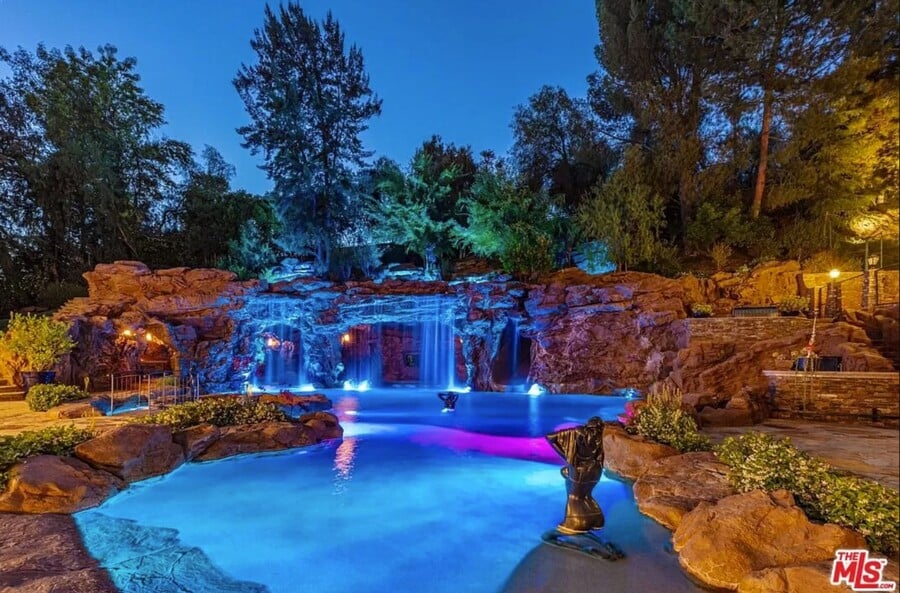 In May 2009, the estate's former owner listed the property for sale for $27 million.

As it turned out, that was highly optimistic.

What's your dream mansion? Is it your desktop background image?? Think you'll own it in a decade???