By Chris Kelley on December 24, 2016 in Articles › Celebrity Homes

You probably already know that Microsoft co-founder Bill Gates – net worth $90 billion – is the richest man in America. However, you probably don't know much about his impressive $125 million mega mansion – or its climate-controlled rooms, hidden speaker systems, and computer-monitored trees.

American business magnate Bill Gates has spent much of the past 20 years with the title of richest person in the world, so it's no surprise that his home is undoubtedly one of the most extravagant out there. While Gates is most notable for his role as a pioneer in the personal computer revolution as the co-founder of Microsoft, his Medina, Washington estate, Xanadu 2.0, may well be touted as one of the most high-tech homes in existence. 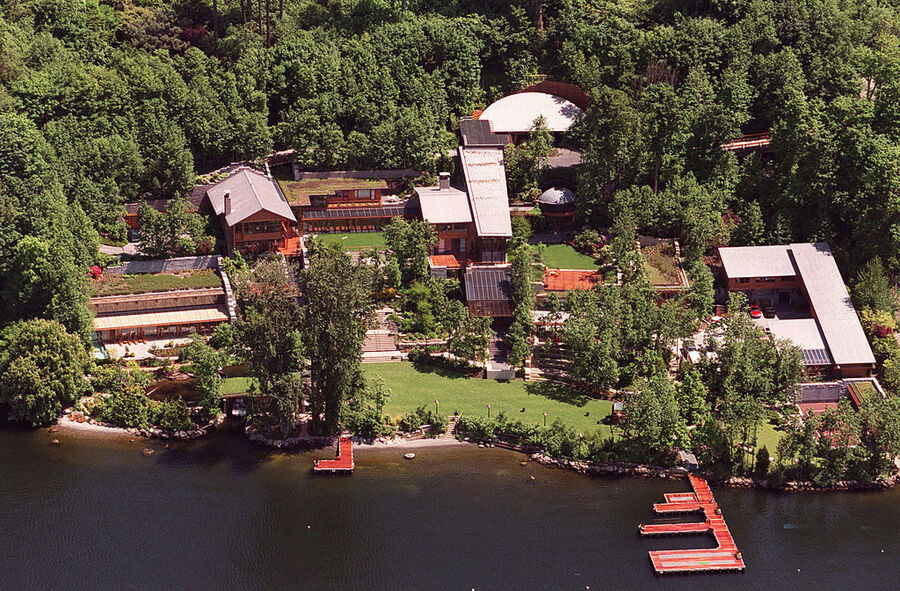 Boasting 66,000 square feet of space, Gates' Xanadu 2.0 mansion takes its name from the fictional home of Charles Foster Kane, the eccentric millionaire depicted by Orson Welles in the 1941 classic "Citizen Kane." Gates purchased the Washington lot in 1988 for a total of $2 million. The Pacific lodge-style home itself took seven full years to finish, costing $63.2 million in total. According to the local public assessor's office, however, the home is now worth an (almost) unbelievable $124.99 million. While that appraisal may seem astronomical to some, it might have something to do with the home's high-tech climate sensor system, $80,000 computerized artwork displays, and the pool's underwater music system. 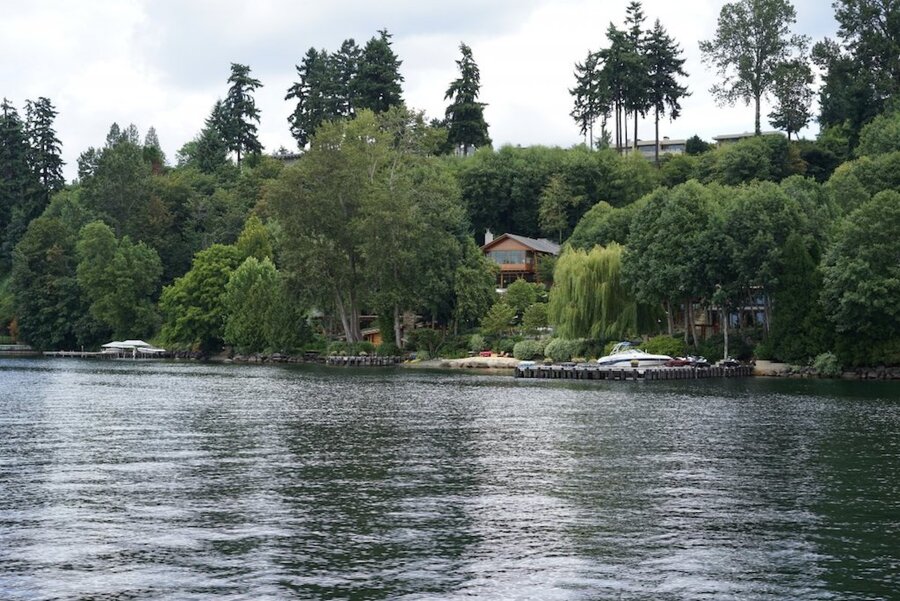 While much of Bill and Melinda Gates' home is shrouded in mystery (and mostly unphotographed), what little is known about the expansive Washington abode is about as surprising as can be expected. The property's main house, which was built with half a million board-feet of lumber (from 500-year-old Douglas fir trees, to be exact), was constructed under care of 300 construction workers – 100 of whom were electricians. The latter of those skilled laborers no doubt had a hand in two of the home's most unbelievable features: a climate sensor program and digital art catalogue. Gates' guests are given a pin that reacts with sensors across his home, adjusting temperatures and lighting to their fancy no matter the room. Similarly, speakers tucked behind wallpaper follow guests room-to-room playing melodies of their choice. To top it off, some $80,000 worth of computer screens throughout the home allow for total control of artwork and photographs displayed in every room.

Once visitors have their climate controls down pat, it's time to explore the grounds. Gates' on-premises gym, a 2,500-square-foot attached facility packed with a sauna, steam room, and separate locker rooms for both men and women is a quite popular stop, but it might be because of the trampoline room with accommodating 20-foot high ceiling. Another extravagant building on the grand tour is the property's enormous reception hall. The 2,300-square-foot hall is a bit smaller than the nearby gym, but it comes with a 6-foot-wide fireplace, a 22-foot-wide video screen, and can hold up to 200 people.

In the mood for some relaxation? Ever the one for a good read, Gates' 2,100-square-foot library is the perfect place to retire with a good book. The dome-enclosed library boasts two secret bookcase levers, including one that reveals a hidden bar. No drinks in the reading hall, however, as you wouldn't want to ruin Gates' most prized manuscript, Leonardo da Vinci's Codex Leicester, a 16th-century original that set him back $30.8 million at a 1994 auction. If a movie is more your style, the Art Deco-themed home theater can accommodate up to 20 people (and comes with its own popcorn machine).

Hungry? There are six total kitchens. Need a place to park your car? In total, Gates' (multiple) garages can accommodate up to 23 cars. Love trees? Not to worry. Not only is the home covered in enough foliage to classify it as an earth-sheltered property, but a 40-year-old maple tree located on the premises – allegedly Gates' favorite – is so beloved that it actually has its own computer monitoring system to automatically water it if it becomes too dry. And before you ask, yes, there is a nearby artificial stream stocked with fish.

It's clear that no matter the room, hall, or building, technology is a big part of life for Bill Gates, and there's little wonder as to why given his technological roots. The 60-foot pool found on their property is housed in its own 3,900-square-foot building.  Not only does it come with its own set of locker rooms and an underwater glass wall, but it also has an underwater sound system perfect for a relaxing dive. Further past that, the property's 1,900-square-foot guest house comes fully equipped with every technological advancement within the premises, mostly because it served as the initial "guinea pig" in troubleshooting each system before they were added across all of Gates' buildings. 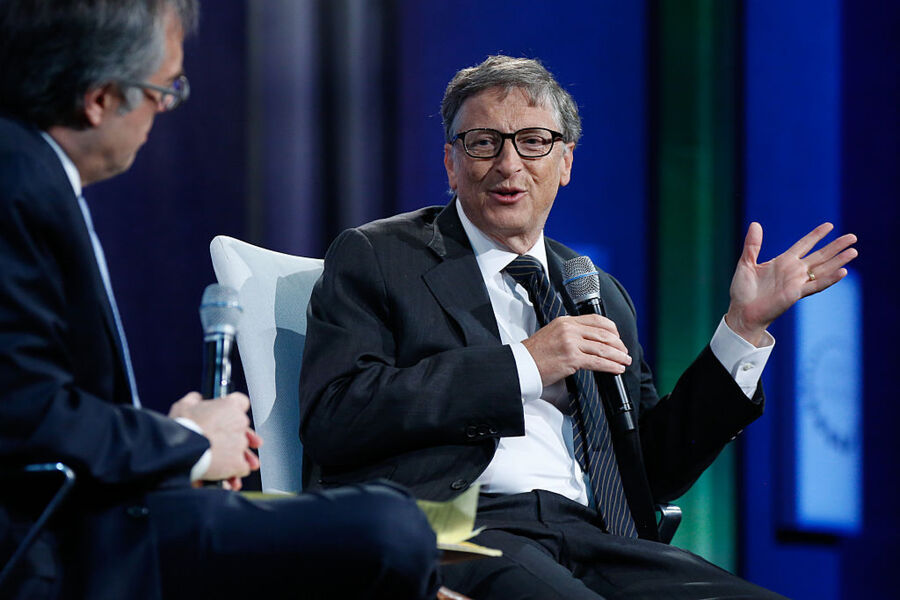 Despite stepping down as chairman of Microsoft, Gates still operates as a technology adviser for the company today. Both Bill and his wife enjoy contributing to charities, attending benefits, and maintain fairly private personal lives. Just this year, they were both honored with the Presidential Medal of Freedom for their philanthropic endeavors by President Obama.