By Brian Warner on September 6, 2018 in Articles › Celebrity Homes

In December 1996, Burt Reynolds declared Chapter 11 bankruptcy. It was a shocking predicament for an actor who had been one of the biggest stars on the planet for two decades. Burt's divorce was perfectly normal and cliche in many ways. He overspent on his lifestyle and was caught off guard by a lawsuit and an expensive divorce. But in many more ways, the circumstances that led to Burt being millions of dollars in debt are pretty insane and unique. Here's the full story…

Burt became a star after his work in the 1972 film "Deliverance". In the 1970s and early 80s, he was unquestionably the biggest star on the planet thanks to smash hit movies like "Smokey and the Bandit", "The Longest Yard" and "The Cannonball Run". For five straight years, from 1978 to 1982, he was the #1 box office draw in the world, a feat no star since has matched.

His film career made Burt fabulously wealthy. By his own estimation, at the peak of his career Burt's net worth topped $60 million. That's $60 million after taxes in the 1980s. That's the same as around $150 million today after adjusting for inflation.

And Burt wasn't shy about spending his money. He didn't just buy one mansion in Beverly Hills, he bought several. He built a massive water-front estate in Florida. He bought a 160-acre ranch, also in Florida, where he kept a stable of 150 horses. He bought a mansion in Georgia. He had a private jet and a helicopter to take him back and forth to the private jet. When he married actress Loni Anderson in 1988, he didn't just move them into one of the mansions he already owned in Beverly Hills, he bought an entirely new mansion for them to live in. 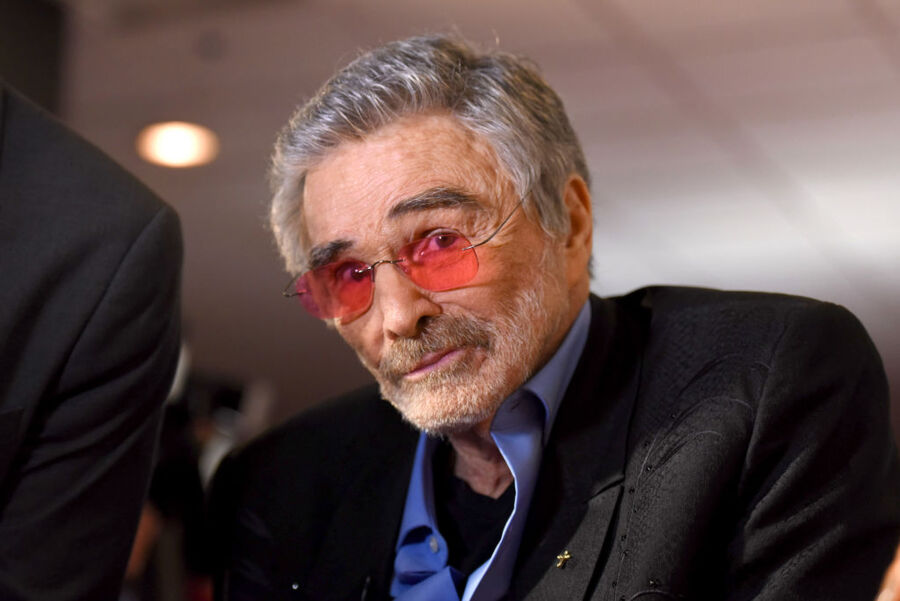 And it wasn't just real estate, trophy wives and toys that caught Burt's eye. He also fell into a fairly cliche trap of investing in businesses he didn't fully understand and had no experience running.

In the 1980s, Burt's business manager convinced him to invest in a chain of family-style country restaurants called "Po' Folks". It actually wasn't a terrible idea on paper. The chain was doing well financially and had the backing of what seemed to be a strong parent company. So Burt and a partner, who ran a country music label in Nashville, bought a few franchises. Ok, maybe not a few. They bought 30.

They hired a consultant to help get them out of the business, but somehow this "expert" actually convinced the two to invest in ANOTHER (different) chain of restaurants. Burt would later concede that this move took what could have been a $5-6 million write-off, and turned it into a $20-30 million loss for both men. To make matters especially bad, Burt had guaranteed the restaurant leases personally, as opposed to protecting himself with an LLC. So every month he bled money. It was bad.

In the prenup to his 1988 marriage to Loni Anderson, Burt listed his net worth at $15 million. Remember, that's down from a peak of roughly $50 million just a few years prior.

Despite this business failing, Burt and Loni did not choose to live conservatively. He kept the houses, the horses, the plane, the helicopter. Money was spent before the check arrived.

In 1990 when he agreed to star in the CBS TV series "Evening Shade", Burt asked to borrow $4 million from the network. His thought process was that he'd do the show for a few seasons, living off the loan. Then when the show sold into syndication, he'd pay back his debt and maybe make a few million for himself. The show needed five seasons or 100 episodes to qualify for syndication. The show was canceled in 1994 after four seasons, having produced 98 episodes. 🙁

Suddenly Burt found himself in hock to CBS to the tune of $3.7 million. Money he did not have. To make matters worse, right around this time, Loni filed for divorce and ultimately received a large settlement plus $15,000 per month in spousal support and he had to continue covering the mortgage on their $2 million home. They had been married for five years.

When CBS ultimately sued Burt over the $3.7 million debt, he was forced to file for Chapter 11 bankruptcy. In a 1998 bankruptcy court disclosure he declared assets of $6.65 million and debts of $11.2 million. In addition to CBS, he owed money to the IRS, Chase bank, Creative Artists Agency, William Morris, a former manager… Somehow he owed his toupee maker $121,000.

His career wasn't totally dead, but he also wasn't making huge money anymore. For the 1996 movie "Striptease" , which earned $113 million, Burt's co-star Demi Moore was paid a then record-breaking $12.5 million. Burt was paid just $200,000. He earned a similarly-paltry salary for 1997's "Boogie Nights" which earned him an Academy Award nomination and helped reinvigorate his career for a few years.

Burt continued to experience levels of financial problems for the rest of his life. In 2011 he lost an estate to his bank after failing to make the payments. He even landed on a publicly-released list of California's largest tax delinquents. In 2014 he was reportedly forced to sell most of his memorabilia to satisfy debt. He was also reportedly facing foreclosure on his Florida home after failing to pay $1.2 million worth of his mortgage payments.

He spent the remainder of his life in Palm Beach County on a 3.4-acre estate squeezed between a river and a state park. He was by no means broke, but also miles away from 1980s heyday fortune.

If there are any lessons here, I'd say avoid investing in restaurants, or any business you don't fully grasp and aren't willing to run yourself. Don't get divorced. Don't live beyond your means… Honestly it's all the lessons. Say what you will about Burt Reynolds, he certainly did not live a boring life!