By Donna Mitchell on October 11, 2015 in Articles › Celebrity Homes

Carlos Slim Helu's 20,000-square-foot Beaux-Arts townhouse in Manhattan, which the telecom magnate and philanthropist listed last spring, is everything — except furnished.

When Slim, which Forbes magazine ranks as the world's second wealthiest man, first listed the property only a few photos of the home's red brick and limestone exterior were made available. But after spending the summer on the market, listing agents were able to release a few shots of the property's interior. The images do not disappoint, and present an interior full of beautiful touches and even greater possibilities. 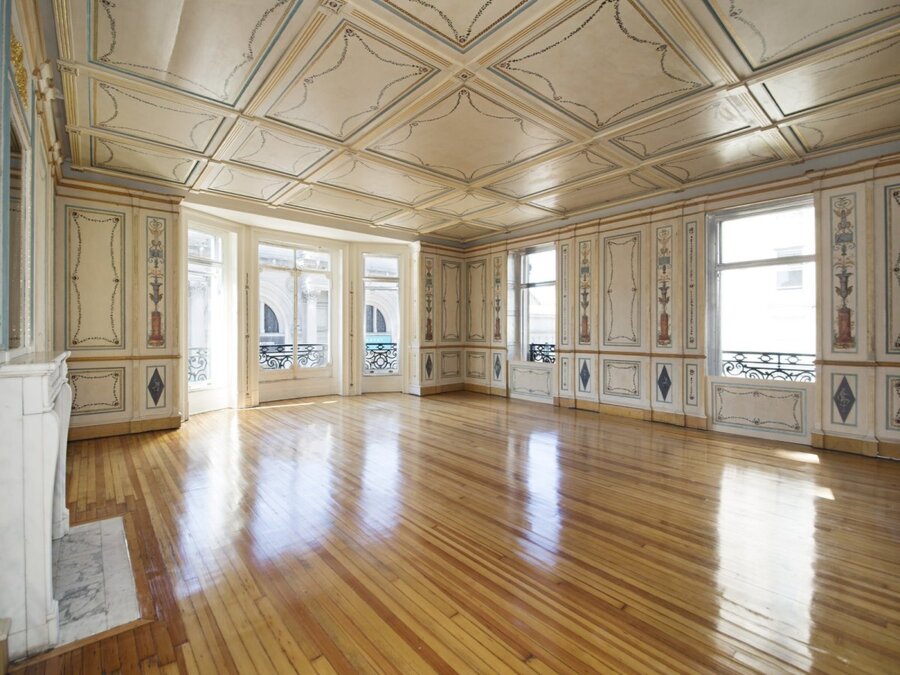 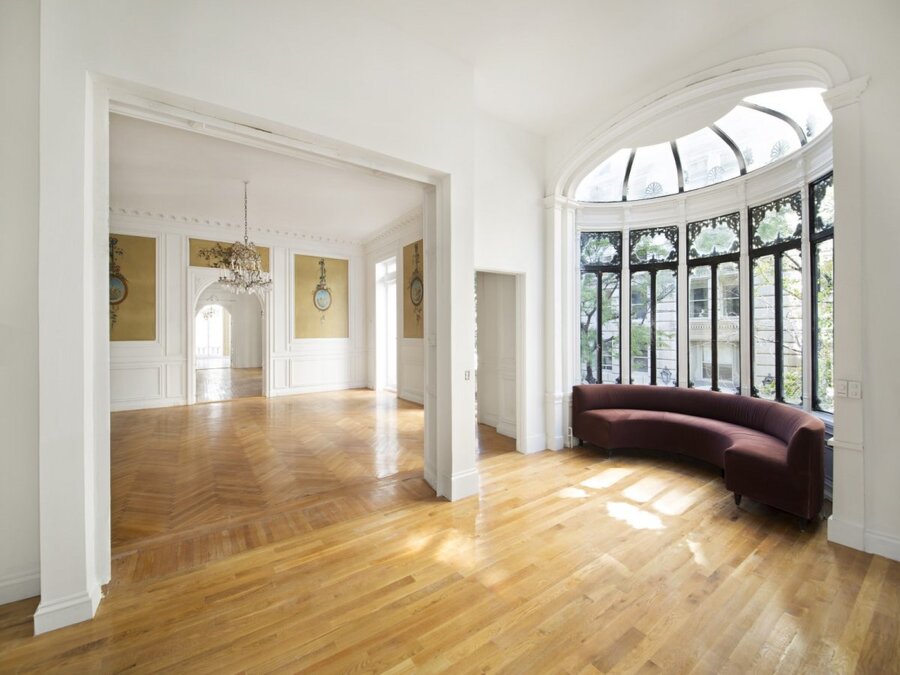 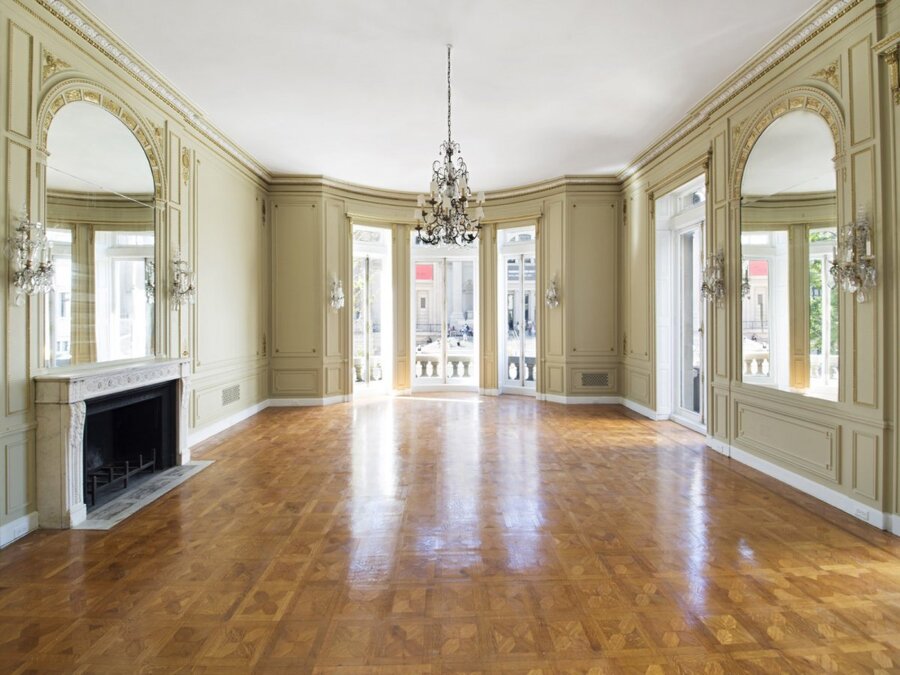 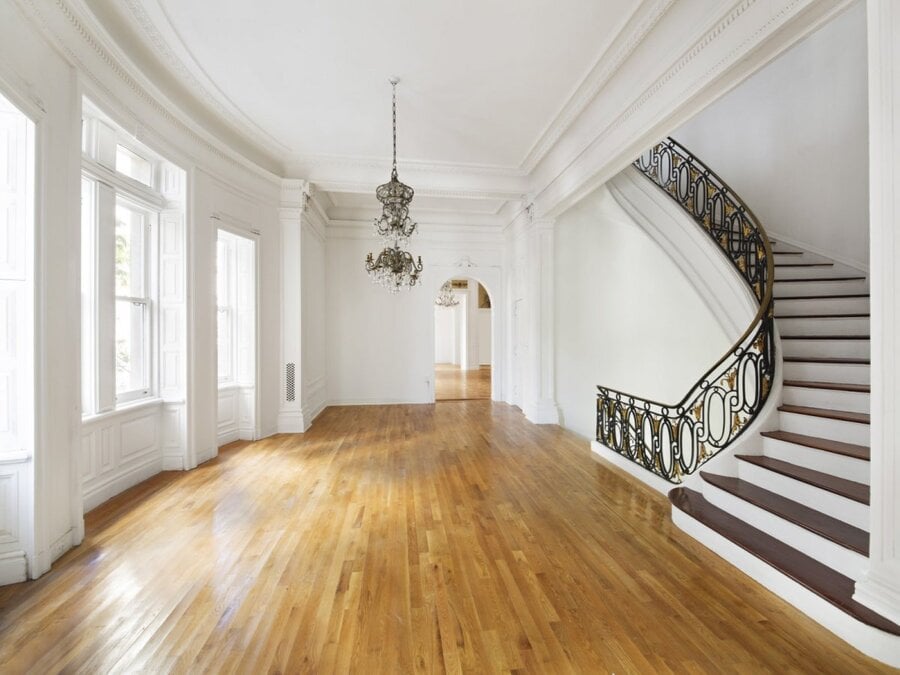 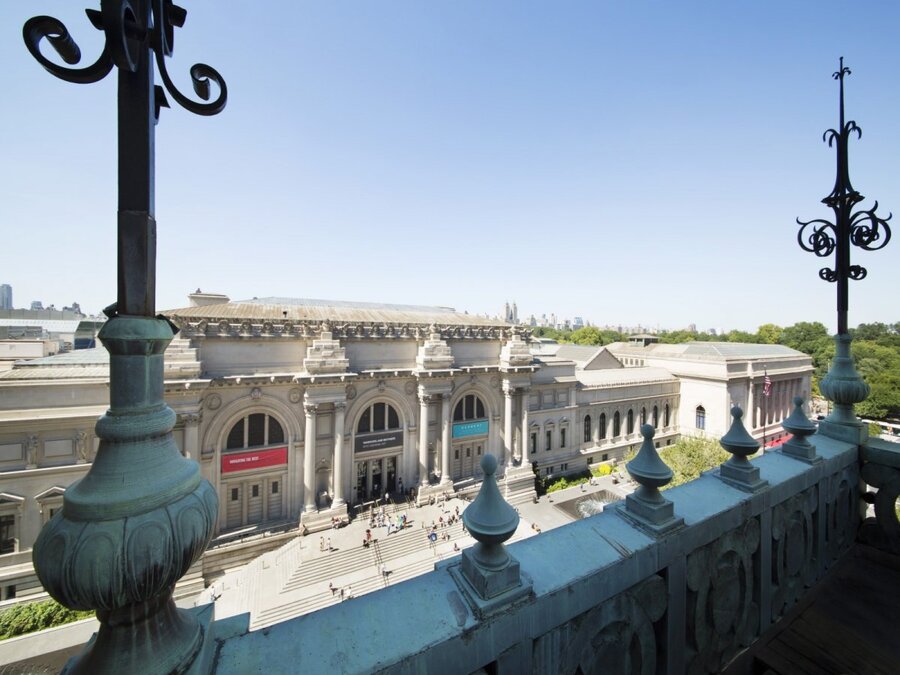 Known as the Benjamin N. and Sarah Duke House, this is one of the most talked about properties in New York real estate. Built in 1901, the home is a showpiece of the Beaux-Arts era. It is replete with architectural features that not only represent the era, but also set a new standard for excellence, such as the curved conservatory window. Offering uninterrupted views of Fifth Avenue, rivals any sitting room anywhere. The view is just as wonderful from the inside, because the sitting room and adjoining spaces are all flooded with light.

The 25-room mansion has about 11 fireplaces, several of which are carved out of immaculately preserved marble. Almost as many custom chandeliers hang throughout the home to illuminate all of those parties. One of the sitting rooms has hand-carved panels and custom murals throughout. There are wood floors everywhere, and the craftsmanship varies widely throughout the home, from the herringbone pattern in what could be a dining room, to an X-pattern parquet in another room. The wrought iron railings are another example of Beaux-Arts elegance, with its gilding.

The mansion also features several outstanding terraces, including one that overlooks the front of the Metropolitan Museum of Art. Considering all of the history, design and artwork contained in the Benjamin N. and Sarah Duke House, it is a fitting neighbor for one of the world's premiere art houses.