By Joseph Gibson on November 13, 2018 in Articles › Celebrity Homes

CNBC reports that John Legere, CEO of T-Mobile and prodigious purchaser of sponsored tweets on Twitter, has listed his New York City penthouse at 91 Central Park West for $17.96 million, more or less exactly what he paid for it when he first bought it, back in 2015.

That's reportedly after he originally put the penthouse up for sale in February at a price of $22 million, which is lower still than $27.5 million the apartment got at one point in its illustrious history, which also saw it at one time serving as the home of the infamous newspaper magnate William Randolph Hearst. 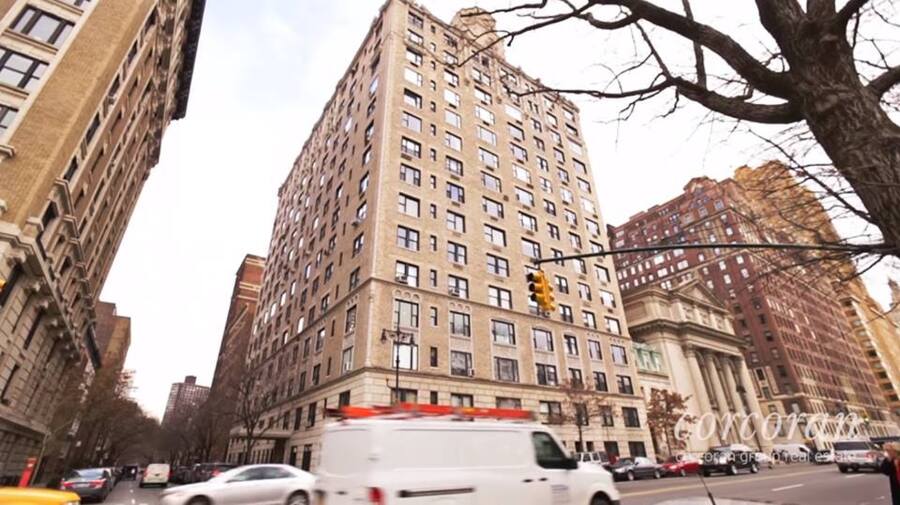 Regardless of whatever highs and lows this penthouse may experience due to the ever fluctuating luxury real estate market, it's a hell of a place to call home. Measuring in at almost 3,600 square feet stacked across two floors, the penthouse has four bedrooms and four bathrooms, with two bedrooms directly overlooking Central Park, plus a private 1,700 square foot terrace that goes around the length of the building outside. And I forgot to mention the elevator – the penthouse's real estate listing on Compass goes into detail on that point and a few others:

"A beautifully restored elevator adorned with marquetry, brass and crown molding opens directly to the penthouse's private stone foyer. Through a gallery with a vaulted ceiling are double oak doors that lead to a grand corner living room. Inside, a stunning plaster ceiling over 11 feet high champions the home's exceptional volume. Natural light bathes the interior through large exposures to the south and east. The focal point is a wood-burning fireplace surrounded by an ornate floor-to-ceiling mantle of majestic proportions and craftsmanship."

On the off chance you aren't sufficiently salivating at the prospect of such a home, you can take a look at the 91 Central Park West penthouse in the video below: