By Joseph Gibson on December 9, 2017 in Articles › Celebrity Homes

Mesa Vista Ranch, the "most prized possession" of famous oil millionaire T. Boone Pickens, is being put up for sale by the 89-year-old, according to The Dallas Morning News. And if you've got $250 million to burn, you can be the new sole owner of the property, a massive real estate triumph that took decades for Pickens' to bring to its present state. And according to Pickens himself in a statement announcing the sale, it's important to him that he finds a single buyer who will keep the ranch together and carry on the property as Pickens himself would:

"Selling the ranch is the prudent thing for an 89-year-old man to do. There are many reasons why the time is right to sell the ranch now, not the least of them ensuring that what I truly believe is one of the most magnificent properties in the world winds up with an individual or entity that shares my conservation beliefs." 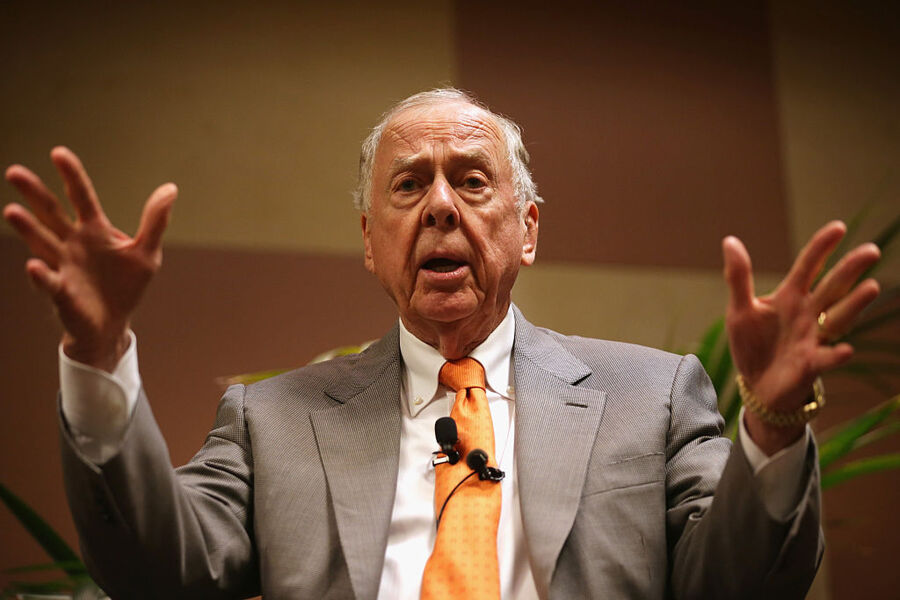 Pickens has indeed experienced a variety of health setbacks as of late and appears to be in the process of getting his affairs in order, having also given away enough of his fortune to no longer qualify as a billionaire.

As for the ranch itself, it's essentially T. Boone Pickens World, outfitted with a lake house, lodge, pub, kennel, and even Pickens' own childhood home shipped from its original location in Oklahoma back in 2008. There's about 12 miles of waterways channeled through various man-made lakes, waterfalls, and creeks, as well as a chapel where Pickens married his fifth wife. As if all that weren't enough, there's even a small airport on the premises, with a two-bedroom, two-bathroom apartment above the hangar intended for pilots.

All of the above, plus myriad of other treasures at Mesa Vista, are included in that $250 million purchase price, including all interior furnishings and even 40 bird dogs. Practically the only stuff not included, outside of Pickens' own personal effects, is his personal art collection. But if you're thinking about showing interest in the one of a kind property just for a chance at taking a look, realtor Sam Middleton is one step ahead of you:

"A property like this is going to attract a lot of folks who just want the opportunity to tour the ranch, spend the night and be entertained. We're happy to do that if somebody's qualified to buy. But we don't want these lookers who cannot afford it. We're going to have to do deep due diligence on qualifying these buyers."

So only potential buyers with the money to afford the ranch, as well as a commitment to preserving it, need apply.