By Joseph Gibson on August 5, 2019 in Articles › Celebrity Homes

Boxing legend Sugar Ray Leonard is selling an amazing Pacific Palisades villa, according to recent news reports. Leonard has owned the property for more than 25 years, paying $7 million for it in 1993 – the equivalent of about $14 million today. But following extensive renovations and the custom construction of the property's giant 16,700-square-foot mansion a few years after he bought the property with his wife Bernadette, the asking price is a hefty $51.995 million.

That mansion is joined by a two-story guest house, tennis court, putting green, and swimming pool, all tucked away behind a private, bordering on secluded wall of foliage and trees surrounding almost two acres of park-like landscape. It boasts seven bedrooms and 15 baths, as well as imported fireplaces from Europe and stone floors from Jerusalem among myriad other elegant touches. Touches like a solarium, a gym, a media room, and in the master suite, a private balcony that has both ocean and canyon views. 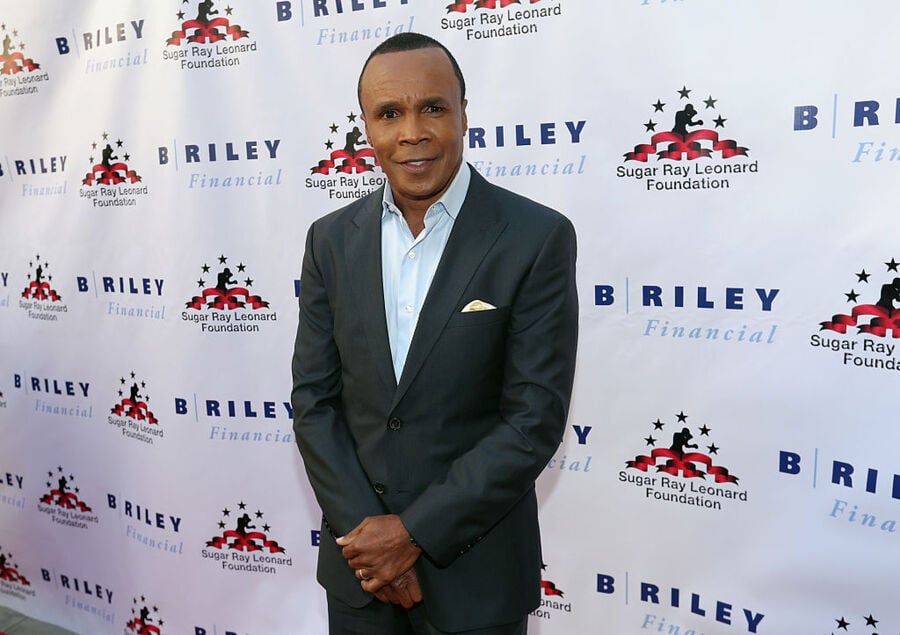 Bernadette Leonard is quoted on the mansion listing press release:

"This home has been a peaceful oasis…We've been blessed to have a space allowing us to host both intimate family gatherings and sizable fundraisers. My hope is that the future owner will cherish this home as much as our family has."

If the house does indeed sell for close to $52 million, the Los Angeles Times reports that it will rank among the biggest home sales in LA County this year, including one for nearly $120 million in Holmby Hills.

Sugar Ray Leonard, one of the most revered boxers in the history of the sport, with world titles in five different weight divisions, one Olympic gold medal, and 36 wins out of 40 fights over the course of his storied 20-year career. Leonard, now 63, retired back in 1997, just a few years after purchasing this property.