By Joseph Gibson on September 20, 2019 in Articles › Celebrity Homes

In June of this year, a then-anonymous buyer closed a deal for a three-story mansion in famously wealthy Atherton, California, for $31 million, which The Dirt reports ranks as the most expensive home purchase in the entire Bay Area this year. Now, the general public has been let in on a secret that the individual's neighbors in Atherton have reportedly known for months: the buyer of the home is none other than Golden State Warrior superstar Stephen Curry.

Curry's purchase of the home, along with his wife Ayesha, seems to have been a quiet and completely off-market affair, and in fact, the mansion was reportedly never listed publicly at all. As a result, we don't have too much direct information or visuals on what the house looks like. But we know it's brand new, built only this year by Atherton developer Joe Comartin, tucked away in the most secluded end on an already private 1.2-acre lot. It's got three full levels and is surrounded by plenty of lush greenery courtesy of Studio Green, a sustainability firm that developed the house in conjunction with Comartin. There's a giant swimming pool, formal gardens, and even a small guesthouse – but additional details on what the interior of the home may be like appear to be scarce. 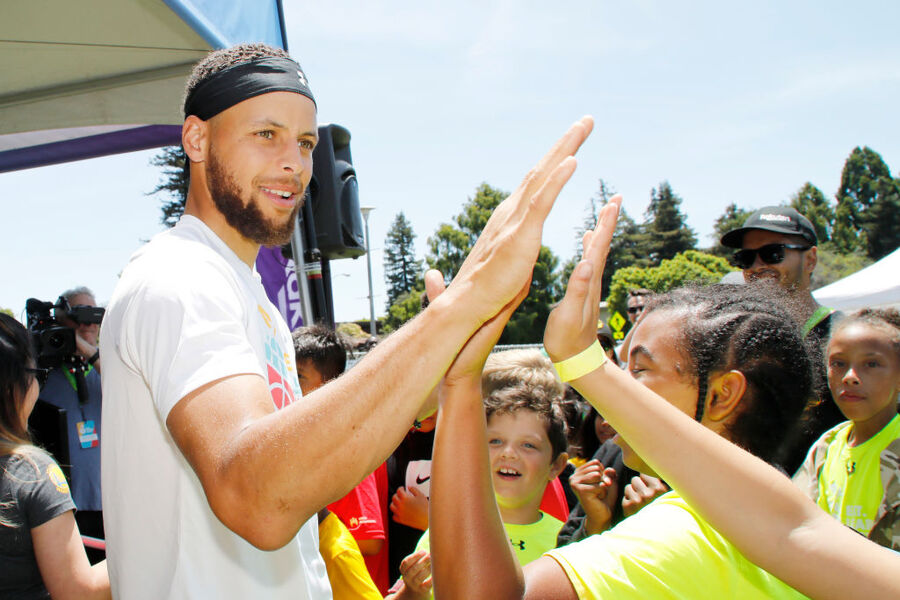 One thing we do know is that the purchase comes as Curry has let go of two other additional properties this year, one in Alamo, California that he sold for $6.3 million and another in North Carolina. He also purchased another home in Alamo just last year for $6 million, making this new buy in Atherton a significant upgrade.

Curry will likely dominate in any neighborhood basketball games that may arise in Atherton, since his neighbors include tech entrepreneurs like WhatsApp's Jan Koum as well as Warriors owner Joe Lacob.