By Chris Kelley on November 13, 2016 in Articles › Celebrity Homes

One NBA star has been making some big moves lately – not on the court, but in the world of real estate. Following several real estate transactions, Stephen Curry has recently listed his Bay Area mansion for $3.7 million.

The Golden State Warriors basketball star has only owned the home for a year, but that didn't stop it from hitting the market with an upped price tag. Although it is listed at $500,000 more than what Curry and his wife, Ayesha, bought it for in November 2015, the recent listing is said to include some extensive updates – and what buyer wouldn't want to say they live in Stephen Curry's old house?

With 7,520 square feet of living space, the Curry mansion, located in the Bay Area's Walnut Creek, is a home to show off. In fact, the property was featured prominently in his wife's Food Network series, "Ayesha's Homemade," boasting a newly designed kitchen, according to the listing for the home. With an oversized layout that includes such unique amenities as a billiard room, a wet bar and a 2000-bottle wine cellar, this most recent listing is the perfect place for shoppers in the market for a luxurious entertainment spot.

The five-bedroom, four-and-a-half bathroom mansion is doused in Mediterranean influence and comes surrounded by mature olive and Cyprus trees. An overwhelming theme of the large dwelling is the unique relationship of interiors and exteriors of the house, with quick access to the home's many patios and terraces in almost every room.

Not far from the main lot on the property sits the home's accompanying casita, equipped with its own private bathroom, kitchen and garage.

One of the biggest perks to this sizable Bay Area mansion is the brand new interior and exterior updates courtesy of the Curry family. For Mrs. Curry's cooking show, the entire kitchen was redesigned to include a massive Carrara marble topped island with all new appliances. Additionally, the property was entirely repainted, with lights and fixtures replaced with Restoration Hardware gear. According to the listing, the master bathroom was also entirely remodeled and now includes a large walk-in steam shower, German Dornbracht faucets and an enjoyable BainUltra therapeutic bathtub.

According to the Los Angeles Times, the Curry's are parting ways with their Bay Area mansion to spend time in the $5.8 million, 10,200-square-foot home they purchased earlier this year in Alamo, California. Some of its amenities include a detached guesthouse and an infinity edge swimming pool. Just this past June, the couple sold their Orinda, California property for $755,000 above their original asking price for a grand total of $4.65 million. 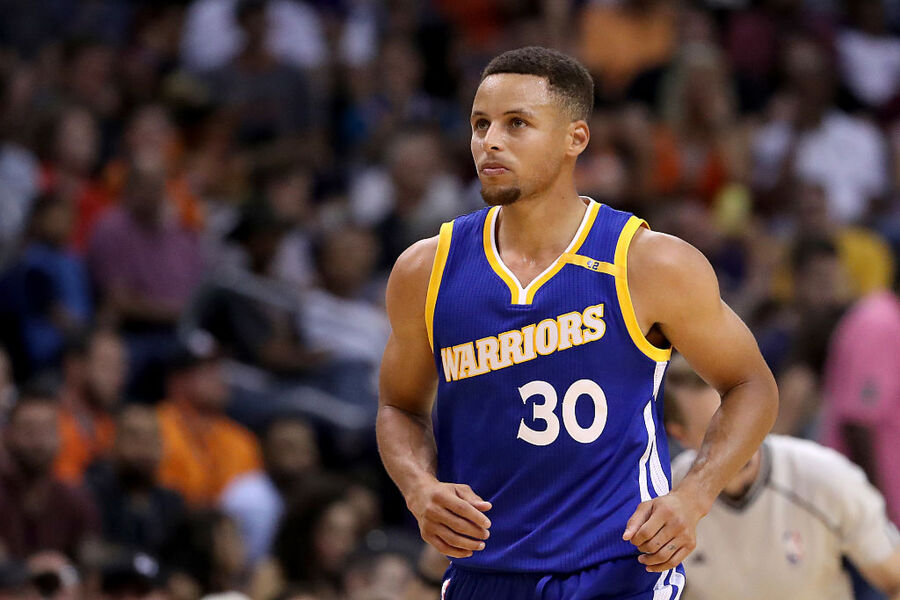 NBA star Stephen Curry is worth $25 million and earns a salary of $10.6 million with the Golden State Warriors. In high school and college, he achieved recognition for his skills on the basketball court, deferring his senior year at Davidson College to enter the 2009 NBA draft. Following his signing with the Golden State Warriors, Curry went on to achieve much stardom for his skills, earning a record 402 three-pointers last season alone.