Someone Is Building An LA Mansion That They Hope To Sell For $500 Million!

Hollywood executive Nile Niami is working on a project that he hopes will bring in $500 million in grosses once it's completed. It's scheduled to take about 20 months to be completed, and it will located in the Bel-Air neighborhood of Los Angeles. But it's not a movie he's working on this time, it's a mansion – and once it's done it will be one of the largest mansions on the planet, the single largest one in the history of real estate in the United States, and one of the most expensive of all time, with a budget that could fund two or three super expensive blockbusters.

For $500 million, the purchaser of this massive, 100,000 square foot complex will be getting a state of the art abode that puts environmental concerns at the forefront. There won't even be any real grass on the lot, subbing in artificial AstroTurf instead, so no watering (or mowing, for that matter) will be necessary. Given what we know about California's water supply, that's probably a good idea. The main house itself will be 74,000 square feet, and joined by three smaller houses, plus space for the help. The master suite of this modern day castle alone will have multiple bathrooms, an infinity pool, two walk-in closets, and more. 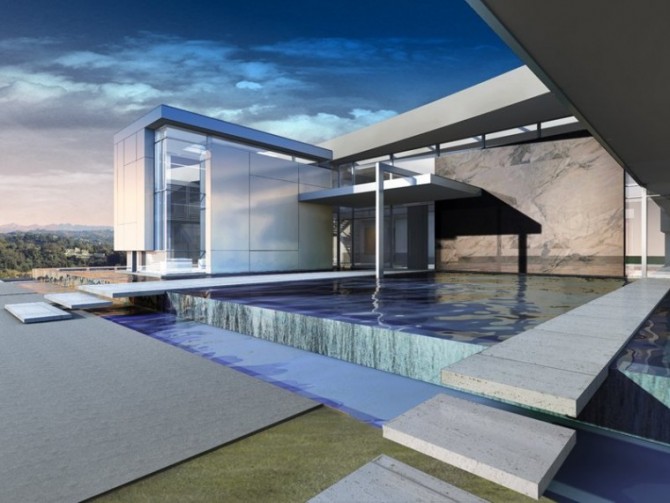 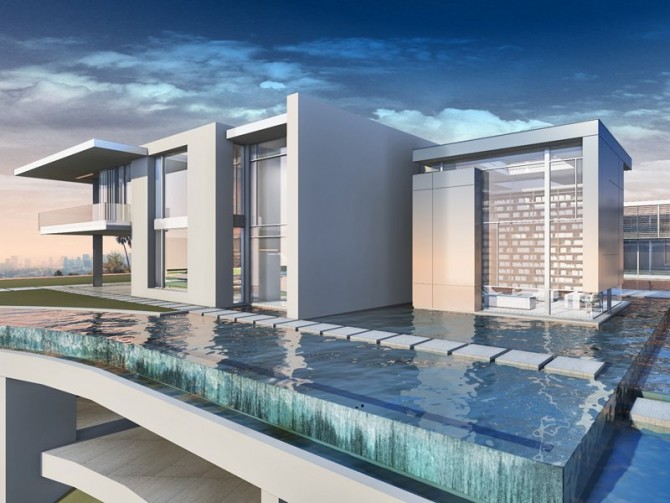 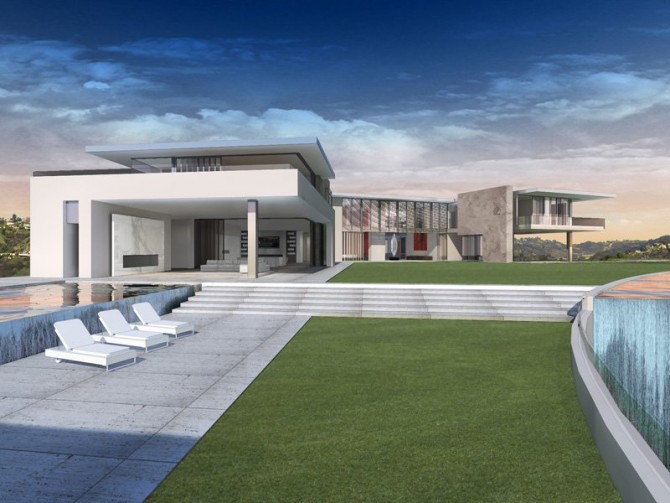 That's just the master suite, so you know there's going to be a dazzling array of amenities and other features to be found inside Nile Niami's giant mansion. These include a garage with space for up to 30 cars, a tennis court, a gym, a spa, and a total of four swimming pools. Sounds nice, but pretty typical for big mansions, right? That's not the case with the planned "Jellyfish Room," a special aquarium filled with huge display tanks and a nautical-themed light show on the ceiling. Speaking of the ceiling, up above the one on the top floor is the mansion's roof deck, accessible via elevator, with huge windows stretching from the floor all the way up to the ceiling. It will also reportedly have great views of both the ocean and the Los Angeles skyline – so you'll be able to sublet the sky deck whenever Michael Mann wants to shoot a movie and your cash supply is running a little low.

Then there are the features of the house that veer into overkill territory, like its 45-seat movie theater, bowling alley, casino, and even an 8,500 square foot nightclub. It's nice to know that if the economy tanks between now and the completion of this mansion, it can always be converted to a particularly lavish shopping mall. Of course, the other residents in the neighborhood might object to that development, so maybe we'd better hope that someone feels like blowing $500M a year and a half from now, just for Tesla CEO Elon Musk and Nancy Reagan's sake. Those would be your neighbors should you pony up the $500 million asking price to live in this mega-mansion, so if you're planning on saving up, keep that in mind.