Sheryl Crow's House: Trading It In for a Calmer Model

By Paula Wilson on October 3, 2012 in Articles › Celebrity Homes

Sheryl Crow has had a crazy couple years.  Her professional life has been relatively stellar.  She has released two albums since 2008, "Detours", and "100 Miles from Memphis", both of which sold moderately well.  She has continued attract crowds for live performances.  It was recently announced that she would be writing the music and lyrics for the Broadway musical reboot of the film, "Diner", and  she performed on the Loretta Lynn tribute album that was released in 2010.  Her personal life, however, has been less stable.  From her high-profile split with Lance Armstrong, to her breast cancer diagnosis and treatment, followed by the recent discovery of a benign brain tumor, Ms. Crow's life out of the spotlight has been considerably more tumultuous.  Her massive estate in the Hollywood Hills always seemed like her sanctuary.  However, it would seem she does not need that brand of comfort any longer.  She recently placed the stunning compound on the market. 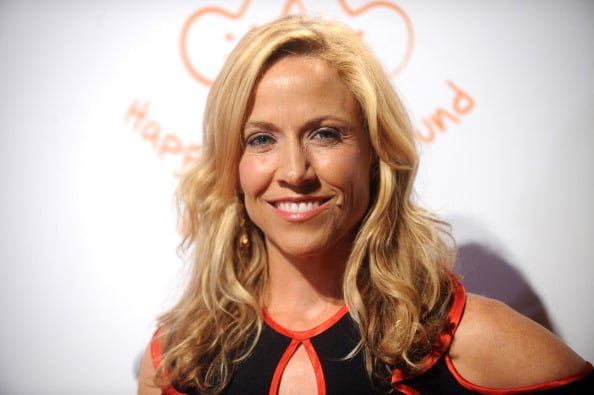 Sheryl Crow's house in the Hollywood Hills is on sale for $15.95 million.  The home, which was featured in Architectural Digest, features a main house, and two separate guest houses.  Sheryl Crow's house has four bedrooms and three and a half bathrooms, and also sports a library, a wine cellar, a beautiful verandah, an outdoor fireplace, a pool, high open-beam ceilings, and hardwood floors.  The two guest houses have three bedrooms, and two bedrooms respectively, and have their own bathrooms, living rooms, and backyard areas.  Ms. Crow is apparently relocating to Tennessee, where the pace of life is a little slower.  Whether anyone steps in to buy Sheryl Crow's house remains to be seen.  Hopefully the move to quieter environs will usher in a calmer period for Ms. Crow.