By Chris Kelley on December 29, 2016 in Articles › Celebrity Homes

A Palm Springs, California house Zsa Zsa Gabor once called home has just recently landed on the real estate market. The home, which is priced just under $1 million, was listed just 10 days before the actress and socialite died on December 18th at the age of 99.

The Cahuilla Hills home, set atop a hillside amid a definitive desert backdrop, belonged to the late actress in the 1960s before she moved to Bel Air in the 1970s. The concrete-and-glass structure is one of the few remaining staples of the Gabor family legacy in Palm Springs, where it is said, family matriarch Jolie Gabor and her three daughters – Zsa Zsa, Magda, and Eva – all had either permanent or part-time living arrangements and spent much of their time. The current owners have listed the home at $969,000.

Gabor's old home is a mid-century modern cast against the sharp, arid landscape of the surrounding desert. The one-bedroom home tops out at 1,784 square feet and features a pool, a fireplace, one fully detached casita (with an additional bedroom) and two bathrooms. With the unique long linear architecture and accompanying mountain terrain, this Cahuilla Hills home is an exemplary display of the contrasting relationship of architecture and its surroundings.

Despite its seemingly secluded location, Gabor's former Palm Springs home offers beauty through the panoramic views of the mountainous landscaping that surrounds it. With each room boasting walls of glass and a balcony lining much of its rear, the house is perhaps most notable for its simplistic style and unique and stunning vantage points. The glass walls expand from the family room into the kitchen, offering quick access to the back porch and patio from each room.

The two bedrooms – one in the main house and another in the detached guest home – each have their own stunning private views. The master suite has its very own private balcony, while the second bedroom in the detached studio has its own private access to the curvy pool that expands into the backyard. Listing details describe the casita as the perfect spot for visitor lodging or a separate dwelling for the creatively inclined.

The home's backyard features several patios with seating, railings, and fire pits that interlace between the home, casita, and winding pool. Like the interiors, this quiet and relaxing patio is the perfect place to allow the gripping natural landscape to take center stage.

Despite the timing between the home's listing and Gabor's death, the connection is solely coincidental. According to the company representing the sale, HK Lane (Christie's International Real Estate), the home's current owner had been in talks to list the home for the last six months. However, Gabor's recent passing has seen an increase in interest in the home and may very well propel its sale. 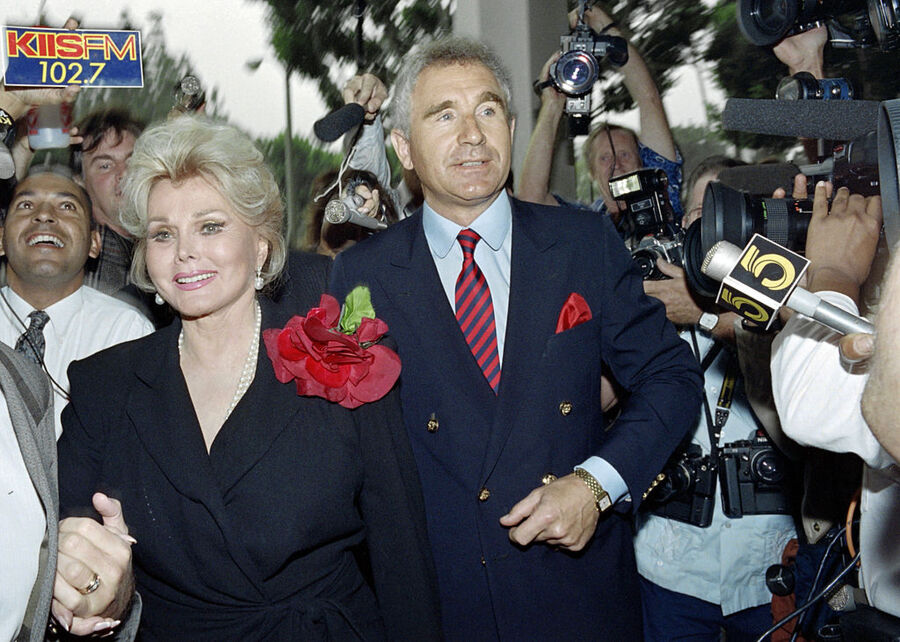 Hungarian-born actress Zsa Zsa Gabor maintained a net worth of $40 million even through her passing. Gabor first gained attention after winning the title of Miss Hungary in 1936. While she appeared in several notable roles in such films as "Lovely to Look At," "Moulin Rouge," and "Touch of Evil," Gabor was notably just as famous for her social life, which included a total of nine marriages overall (with some famous husbands including hotel magnate Conrad Hilton and actor George Sanders).

Gabor died of a heart attack in her Bel Air, California home on December 18th, 2016, just two months shy of her 100th birthday. She was preceded in death by her mother, Jolie Gabor; her two sisters, Magda and Eva; and her daughter, Francesca Hilton. She is survived by her husband, Frédéric Prinz von Anhalt.