Ron Howard has added his Manhattan residence to the real estate market, attaching a $12.5 million price tag to the Upper West Side cooperative apartment. The award-winning director/producer of A Beautiful Mind is looking to unload his Central Park-facing cooperative apartment in the prestigious Eldorado building.

Ron Howard and his wife Cheryl have brought their coveted cooperative residence to market with a steep asking price of $12.5 million. The Howards stand to over double their return on the property should they find a buyer at this price point, as tax records show the couple initially bought the 26th-floor north tower residence for $5.575 million in 2004.

The renovated 3,000-square-foot apartment is described as a spacious residence, offering a flexible layout that allowed the Howard family "wonderful entertaining and office space," according to listing details. Located within The Eldorado, an Emery Roth-designed cooperative purported as an art deco masterpiece, the apartment includes building amenities such as a full-time doorman and concierge, as well as a fitness center, basketball court, and bike room. In the sweet spot of Central Park West, the three-bedroom apartment offers unmatchable views and quick access to the park below.

Accessed solely by private elevator, the Howard's apartment opens up to a small foyer before giving away to an expansive layout. Described by the company holding the listing as a "pristine condition trophy home," the sky-high apartment features an attractive grand living room with a fireplace, spacious library, formal dining room, and three bedrooms. The best part of all? Each room comes with some of the most unbelievable sweeping city and river views.

The home's library/office space is perhaps one of the best seats in the house when it comes to enjoying the beauty of the skyline. Listing photos show that Howard occupies the space with a variety of books and at least one of his two Emmy Awards (either from his 2004 award for Arrested Development win or his 1998 win for From the Earth to the Moon). The listing suggests that the Howard family's office space can easily be converted to an additional bedroom given its size and location.

The master suite tucked within a corner of the apartment provides panoramic park and skyline views, three closets, and a bathroom that is accessible through the apartment's office. Meanwhile, the only dedicated guest bedroom has an exclusive view of the Hudson River, as well as its own en suite bathroom. The unit comes with a full range of high-end amenities, including comprehensive home automation and security systems and a state-of-the-art heating and cooling system. According to the listing, the unit's additional monthly fee for round-the-clock concierge services and gym facilities total over $8,000 a month. 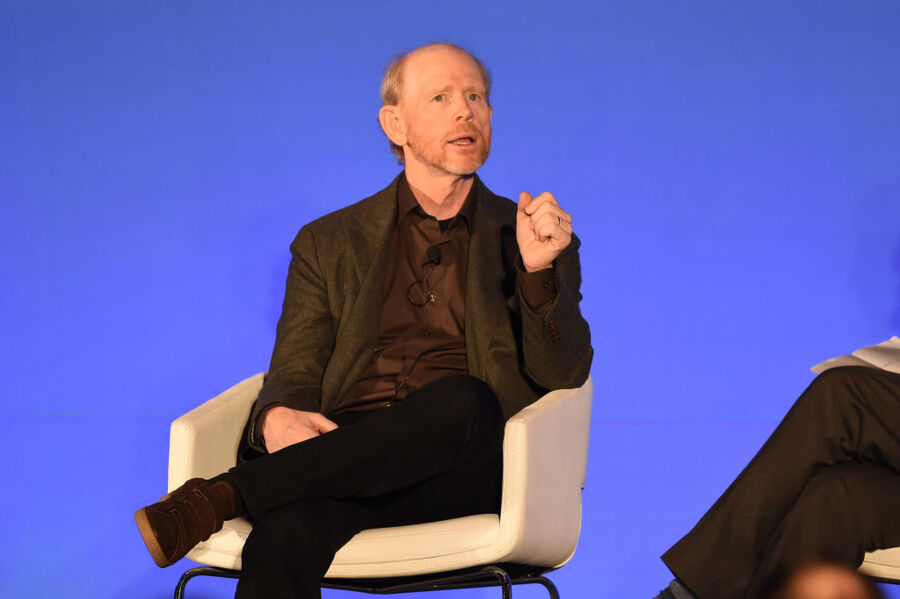 Ron Howard is an award-winning actor, director, and producer with a total net worth of $140 million. Brought into the spotlight through his roles on The Andy Griffith Show and Happy Days, Howard switched gears to directing and producing and earned an Academy Award for his film A Beautiful Mind. Howard and his wife, Cheryl, have four children, the oldest of whom is actress Bryce Dallas Howard.