By Chris Kelley on November 25, 2016 in Articles › Celebrity Homes

Despite dropping big bucks on his Florida mansion, this rapper looks to be willing to cut a deal for interested buyers on his recent real estate listing. After some hard times on the market, Rick Ross is slashing the price of his Florida home from $1.5 million to $1.375 million.

While many may not know it, rapper Rick Ross has been quite the connoisseur of fine real estate. Besides previously owning other properties in Florida, the performer bought up quite a unique piece of property in 2014, dropping $5.8 million to claim Evander Holyfield's massive Georgia mansion. It seems his most recent buy has maintained the title of favorite, as the performer has parted ways with several pieces of property since, and is hoping to make the sale of his Davie, Florida home one for the books. 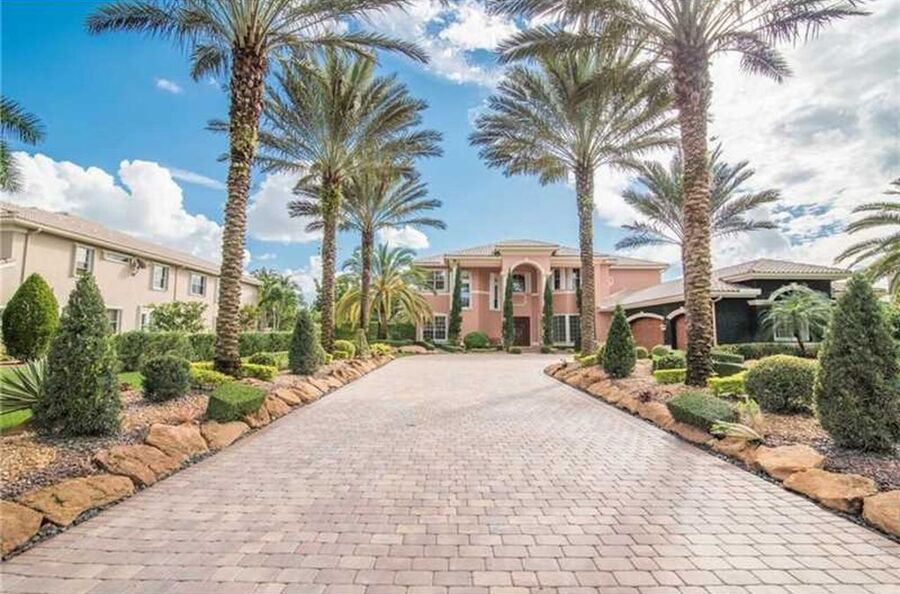 Originally listed for sale in 2015 with a price tag of $1.5 million, Ross' Extended Sonoma Model located off of Laurel Road in the city of Davie, Florida, was initially ready to be sold to an interested party. However, after disappearing from the market for a short while, the six-bedroom, five-bathroom home reappeared soon thereafter for the same price. A few months later, the price tag was reduced by a whopping $125,000. 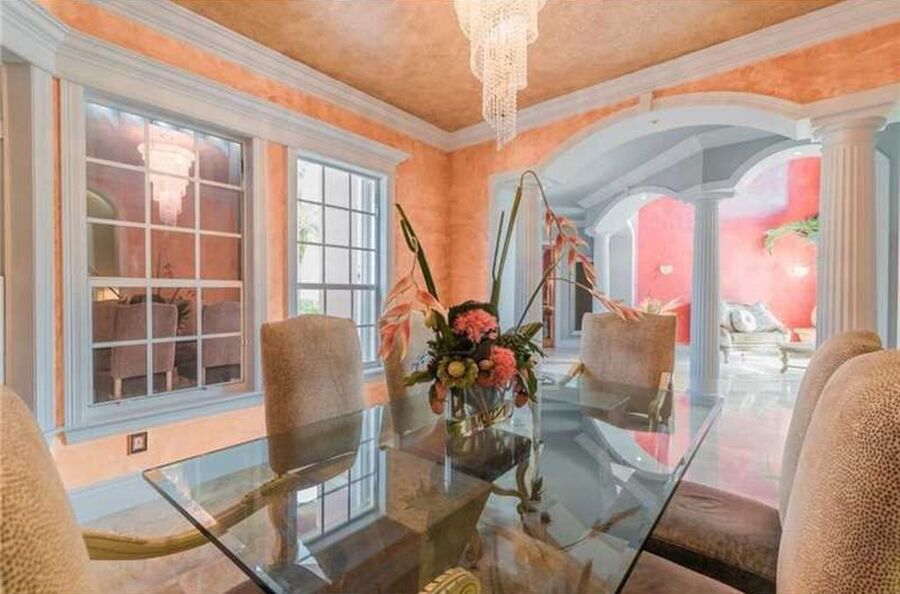 Clocking in at 5,695 square feet, it's a wonder this majestic behemoth of a mansion hasn't been bought up. Not long after Ross bought the home, he poured $500,000 into upgrades and remodels, taking full advantage of the generous layout by adding in a Jacuzzi, arcade room, and two recording studios. 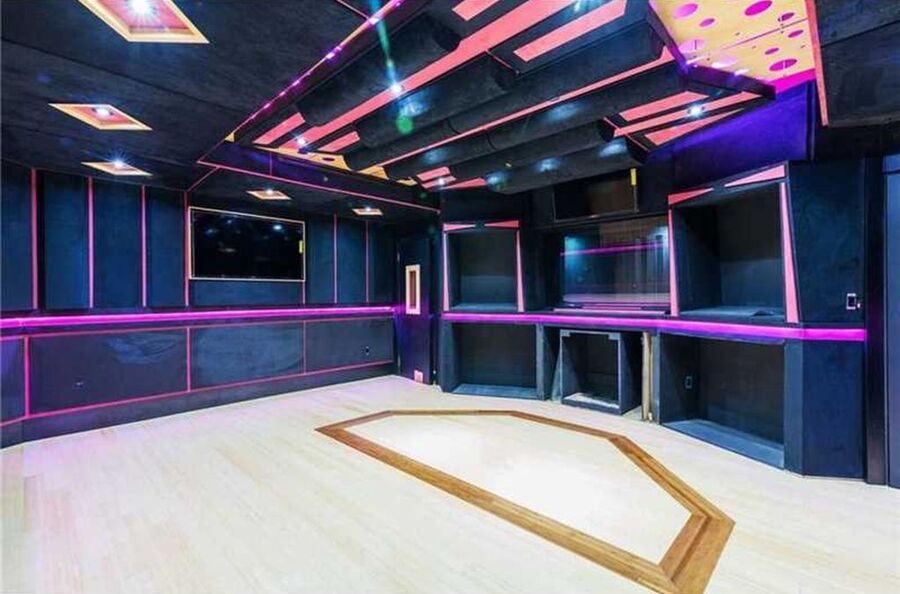 Very much a "business in the front, party in the back" kind of home, Ross' mansion boasts pristine cut and beautifully decorated front gardens, lined with green palm trees and statues surrounding an over-sized driveway. Inside, Italian marble drowns the first floor, accompanied by Venetian plaster and a sharp faux finish, painting the picture of a very beautiful and classic Florida getaway. Other rich amenities include a home office, granite counter tops, and solid wood cabinetry. 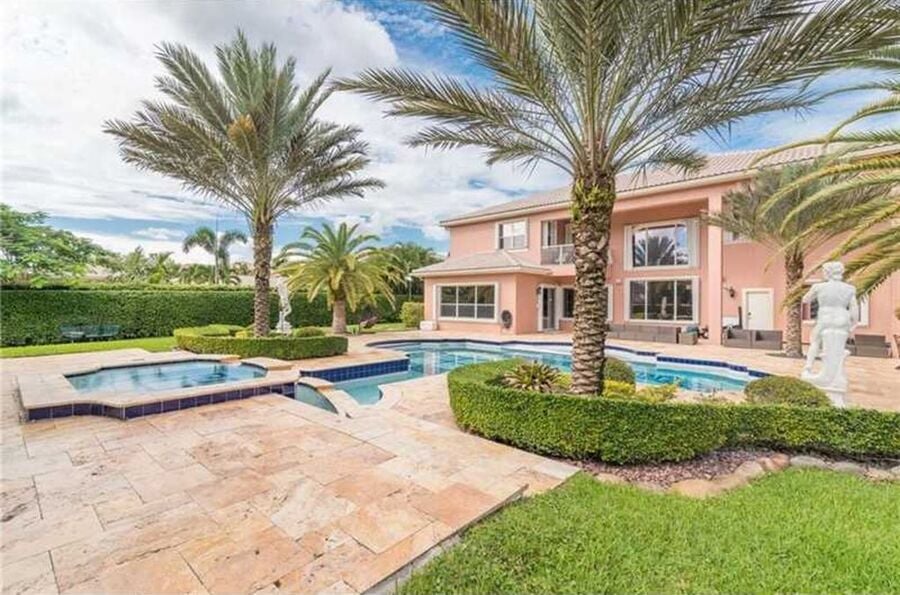 Obviously, a home belonging to Rick Ross is going to come with at least a little character, right? Not only does the home have two recording studios, but it comes packed with its very own arcade room. If music and arcade games can't cut it, the backyard provides just as many exciting amenities, including a tiered pool, Jacuzzi, basketball court and its very own putting green.

Although his Davie home is still on the market, Ross was able to cash in on another Florida property earlier this year. He sold his 10,000-square-foot waterfront mansion in Fort Lauderdale for just over $6 million. He had initially listed the home for $9.25 million in 2014. 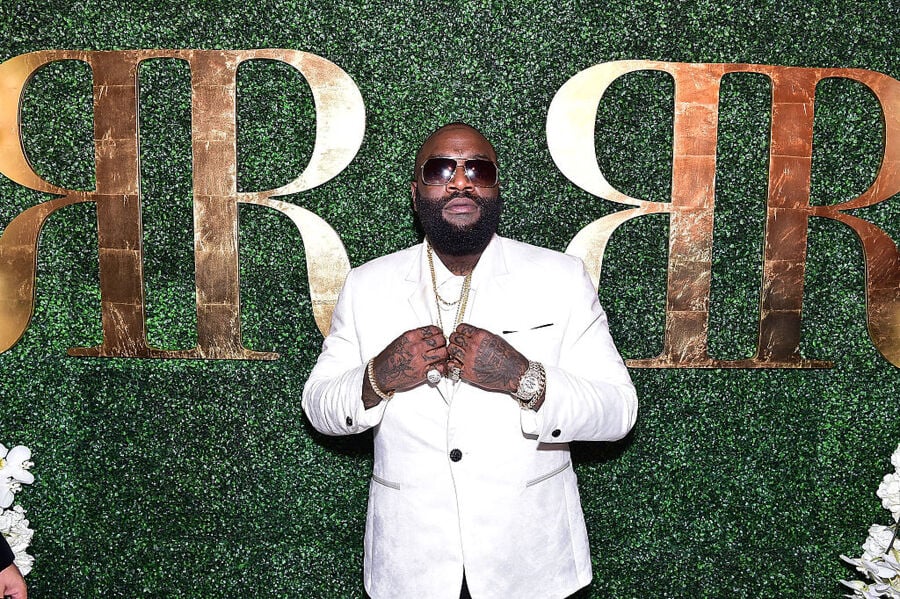 As a successful rapper, producer and CEO, Rick Ross commands a net worth of $35 million. Ross founded Maybach Music Group in 2009, releasing several of his hit albums through the label, including "Deeper Than Rap," "Hood Billionaire," and "Black Market." He has announced that his ninth studio album is set for release in 2017.