By Brian Warner on March 3, 2022 in Articles › Celebrity Homes

During his two-decade professional NASCAR racing career, Tony Stewart earned around $130 million worth of prize money alone. He also earned tens of millions more from endorsements. He set himself up for perpetual wealth after the 2008 season when Tony was awarded a 50% ownership stake in what became Stewart-Haas Racing. As of this writing, Stewart-Haas drivers have won 90 major races and two Cup Series Championships.

So ya, Tony Stewart is rich. By out estimation Tony's net worth is $90 million. And that net worth might get a boost in the near future if Tony sells his recently-listed Indiana estate for his desired $30 million asking price. 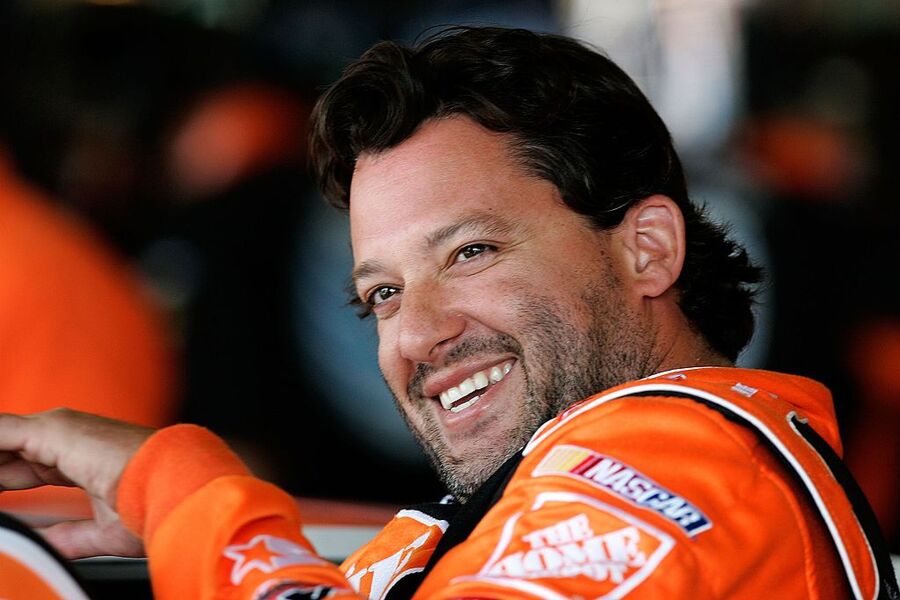 Back in the early 2000s, when he was a relative newcomer on the NASCAR scene, Tony bought his first plot of undeveloped rural land near his hometown of Columbus, Indiana, roughly an hour from Indianapolis.

As he made more money, he purchased more neighboring parcels.

In the middle of that forest sits a 15,000 square-foot main home with additional living structures that bring the total living space to 20,000 square feet. The home is situated on the banks of a 9-acre lake.

As someone who has never hunted and has no desire to hunt, I have to say this home's interior is somewhat bizarre to me. You can't walk five feet without bumping into an antler chandelier or stuffed animal decoration. As the photos of the mansion made the rounds on the internet Wednesday, people started calling Hidden Hollow a giant Bass Pro Shop mansion.

The most bizarre feature is found in the living room. As you enter the house, you are immediately greeted by wooden bridge which is used to cross a literal indoor creek. Like, an actual, running-water creek with live trout swimming along. Tony then placed stuffed dead animals around the creek to create what can only be described as a diorama of a peaceful outdoor creek scene… inside his living room.

Below is a video tour of Tony's home To see this living room creek, jump to the 40 second mark:

The living room, which looks like a rock quarry exploded, also has a 9,000 gallon fish tank when you can see at the 45-second mark.

The home does has some positive attributes. If you head downstairs you will find an enormous basement complete with:

This house gives me very mixed feelings. I pretty much hate the entire upper floor, but I would also never leave the lower floor. So if I had the money and I had to live an hour outside of Indianapolis, I guess I could make this work.

If Tony does sell this property for $30 million, he will have nearly doubled the record price for a single family home purchased in the state of Indiana.