By Joseph Gibson on August 29, 2020 in Articles › Celebrity Homes

Priscilla Presley, former wife of the legendary Elvis Presley, is selling her longtime Beverly Hills mansion with an asking price of almost $16 million, reports The Los Angeles Times. Presley purchased the home decades ago in order to be closer to her ex-husband shortly after their divorce in 1973, and has remained hers ever since – until now.

The Italian-style villa was first built way back in 1951 but has been extensively updated at least once since then. It has seven bedrooms and eight and a half bathrooms and sits on a one-acre lot behind a large gate for security and privacy, which she told Closer Weekly in an interview in 2018 made it an ideal home for the family of one of the most famous people in the world: "And it's a bit secluded with the gates, so you can't see in. It was a sanctuary for me." 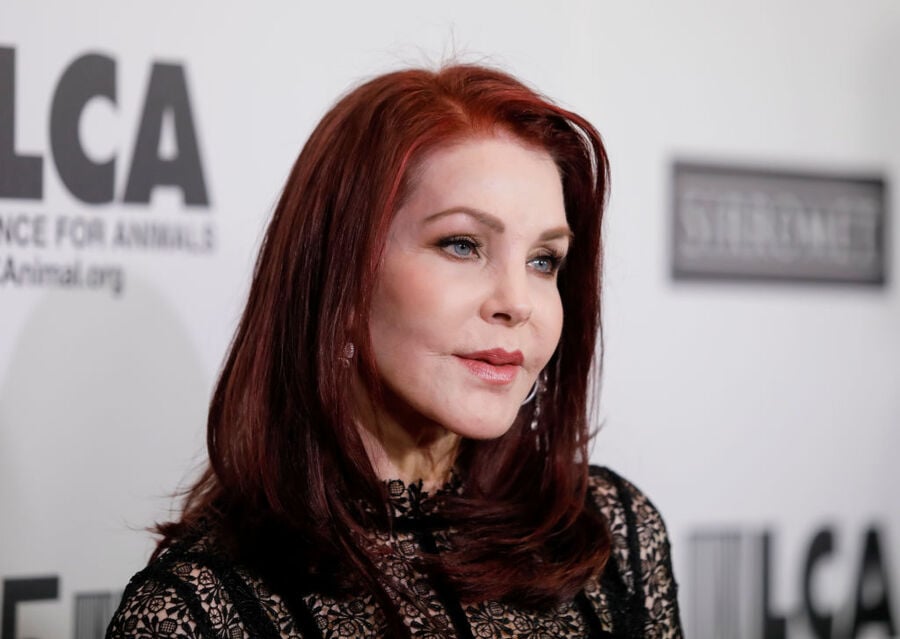 The home's status as a longtime sanctuary for Presley and daughter Lisa Marie Presley gives it an awful lot of history for fans of the late King of Rock and Roll, but the home's listing doesn't focus on the property's famous lineage, instead emphasizing the privacy and security offered to whoever decides to purchase the home next:

"Available for the first time in over 45 years, this private enclave is nestled on over 1 acre of verdant grounds within the city limits of Beverly Hills. As the gate closes behind you, enter a secluded resort hideaway and leave the world behind. A true sanctuary offering privacy and seclusion that is so rare today. The magnificent residence has been lovingly maintained by the current owner. Beamed vaulted ceilings and a flowing layout offer endless possibilities. Nearly every room opens out to lush gardens, terraces and rolling lawns. Multiple grand entertaining spaces including formal living room, dining room and library. 7 bedrooms total including 3 bedrooms downstairs and maids room off the kitchen. A separate guest suite above the garage has its own entrance. Upstairs, the splendid master suite features his and her baths and a private terrace. Completing the spectacular grounds are a lovely pool and lighted N/S tennis court, all totally private and secure in a superb location."

Presley reportedly sold another longtime family property last year, and apart from her marriage to Elvis (and her former position as chairwoman of Elvis Presley Enterprises), she's known as an actress in such projects as Dallas and the Naked Gun movies.