By Travis Pulver on April 11, 2016 in Articles › Celebrity Homes

Britney Spears wasted no time taking over the pop music scene back in the late 1990. The former Mouseketeer released her first album barely a month after her 18th birthday. When her first video hit the airwaves, every male over 25 years old felt like a dirty old man watching her dance in her little school girl outfit. She absolutely knew how to drive the guys crazy as she was hitting them one more time or proclaiming she was born to make them happy. With over a 100 million records sold, she has certainly made her record label happy.

The fame drove her a little crazy for a while, but the mother of two hasn't done anything wacky like shave her head or marry Kevin Federline in years. Does that mean she's not crazy anymore? Well… when you are worth $185 million like she is, you aren't crazy – just eccentric. If a dedicated fan happens to have $9 million burning a hole in his/her pocket, they can buy her old house. 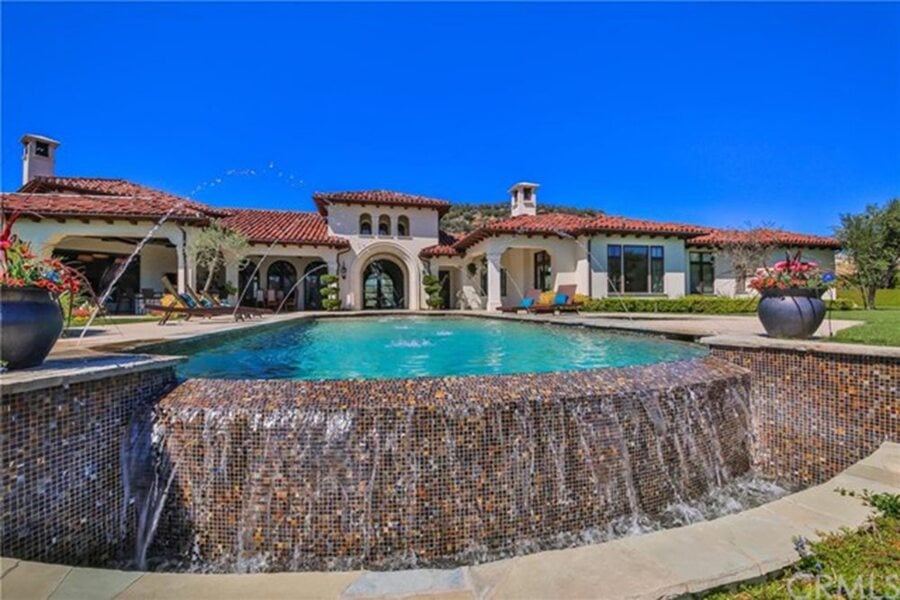 Britney hit the real estate market a few months ago to buy another house in the Lake Sherwood neighborhood (in Thousand Oaks) she already lived in. She dropped $7.4 million on a five-bedroom, eight bathroom home. Now she is putting her old mansion on the market for $8.995 million. 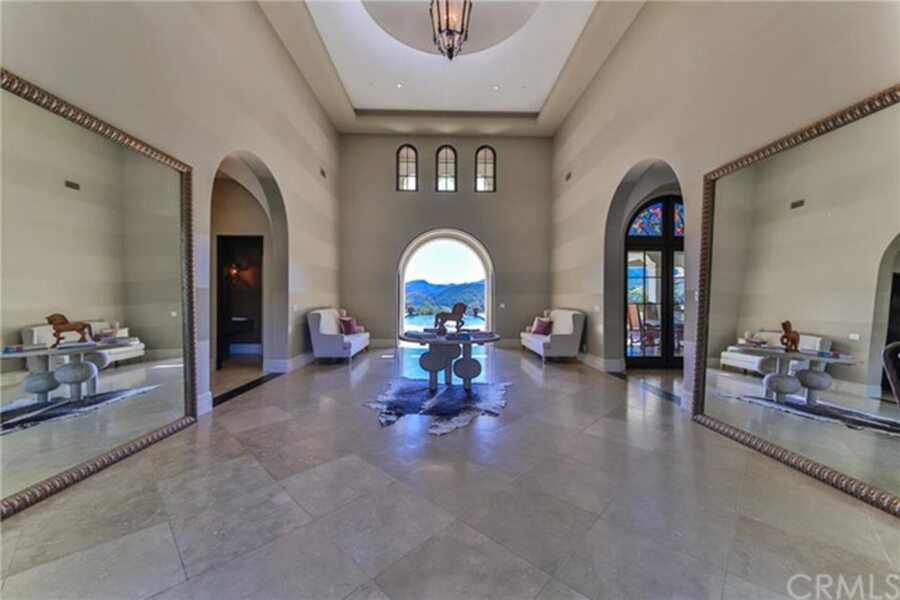 What do you get for $8.995 million? You get a mansion with 8,456 square feet of space, situated on 1.4 acres of land in one of the richest neighborhoods in southern California. When she moved in, tennis great Pete Sampras lived next door (he sold his place for $13.56 million in 2013).

The home has an open floor plan that helps make the big house look even bigger – and perfect for parties. 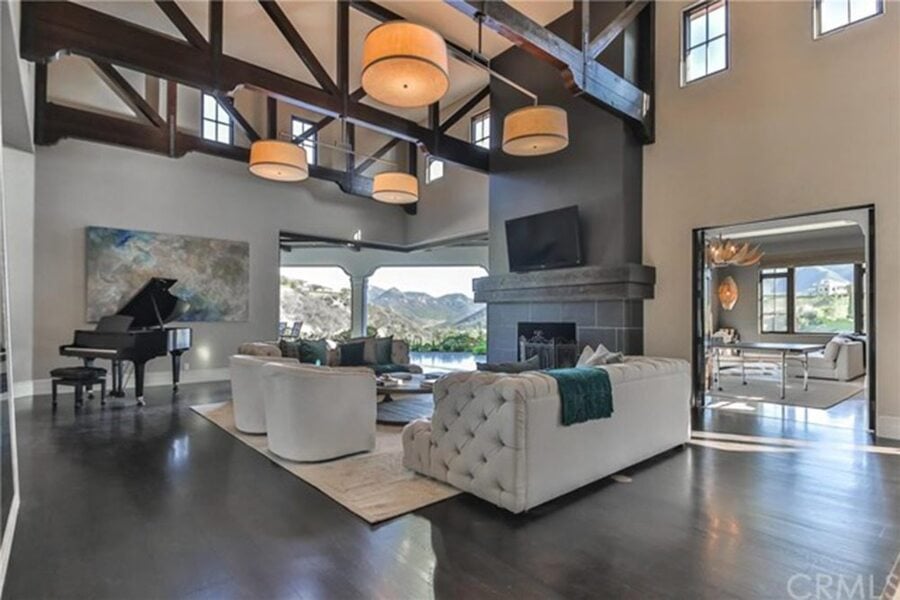 While it is nice, her movie room could use a little work. It's spacious and looks comfortable enough, but stars usually have screens covering the majority of the wall in their movie rooms. Britney certainly makes enough to put more than just some flat screen in there.

It must be there for staging purposes. 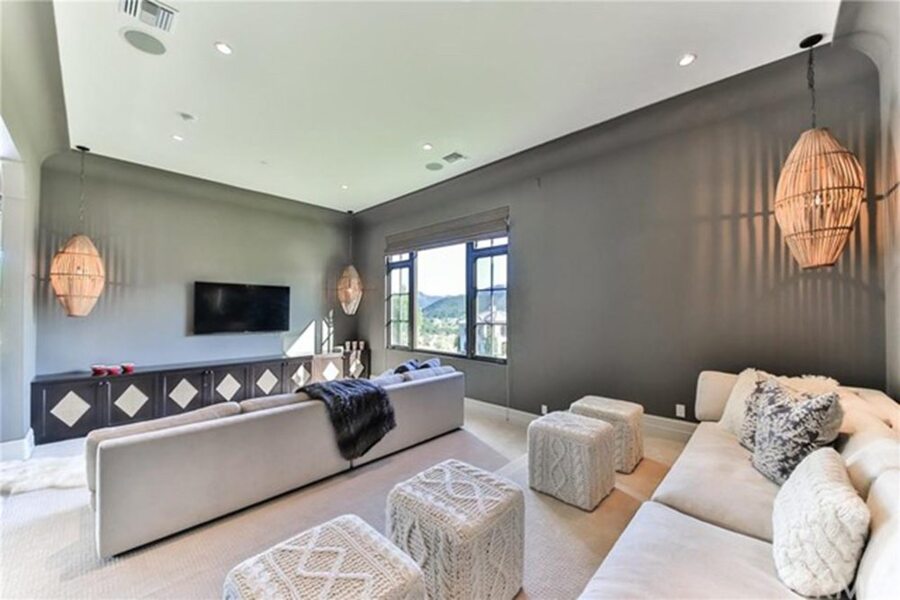 She may be a "Slave 4 U" in one of her songs, but she probably never slaved over the stove in this awesome kitchen. 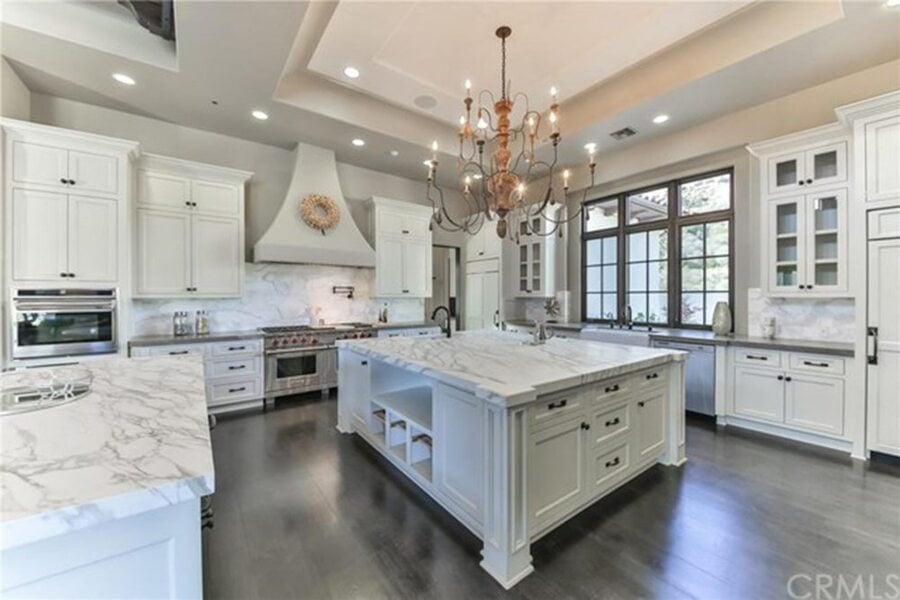 As large as the house is, it only comes with five bedrooms and seven bathrooms. It must be nice to have such a large bathroom. Couples will never have to worry about the other taking up too much time at the sink. The bathtub looks like it could fit a couple of NBA players in it. 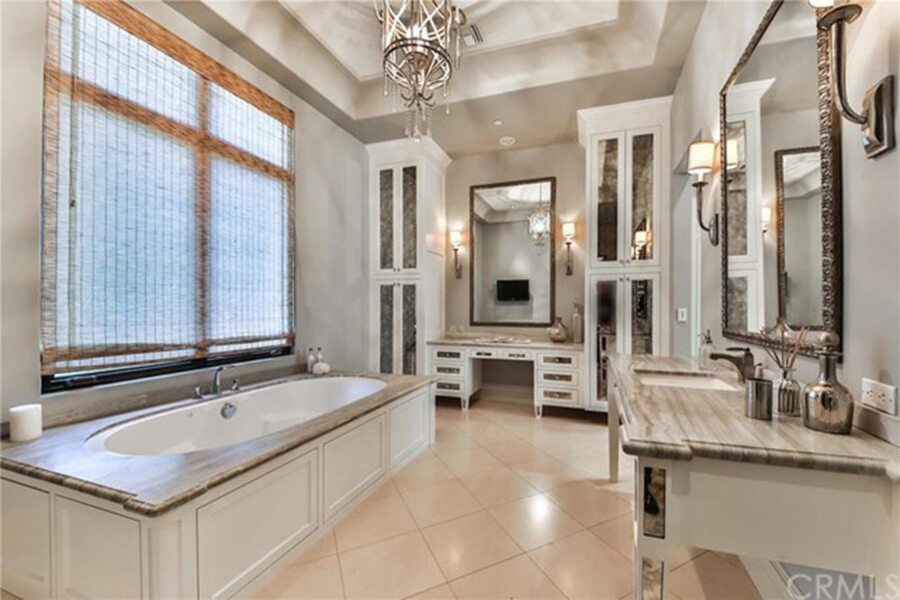 This may be the deciding factor for some. The designer should be applauded for how the bedrooms are laid out. The master bedroom, children's rooms, and guests bedrooms are all in their own separate wing. This way, mom and dad, the kids, and guests can all have some privacy at night, without having to worry about being woken up by anyone making too much noise. 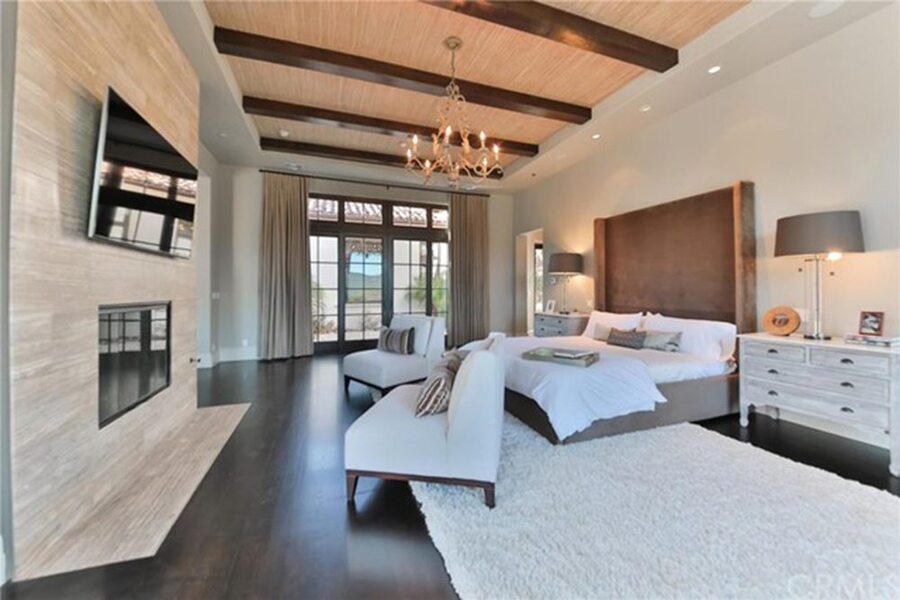 Guys – don't worry about not having enough closet space. Your significant other will have his/her own walk-in closet, and so will you. 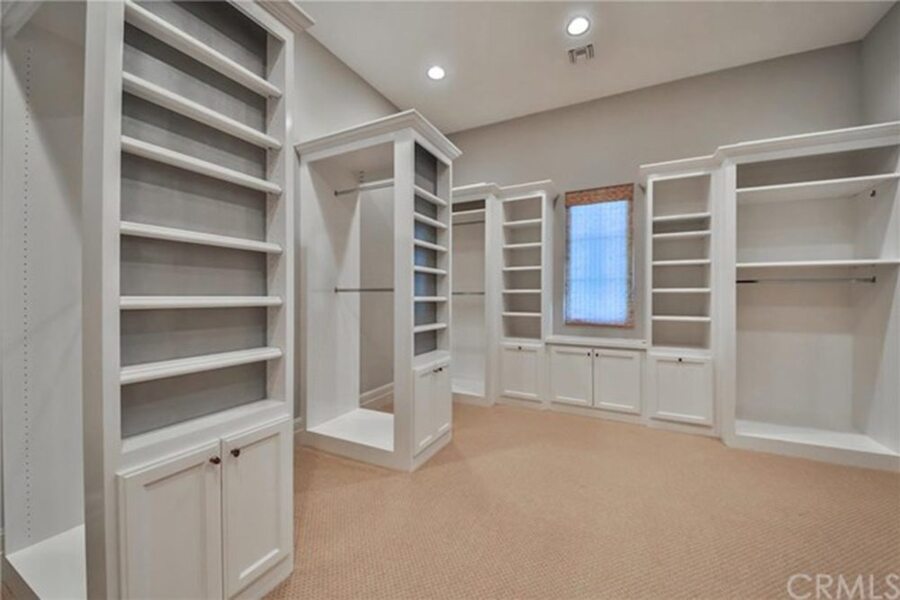 Not only does the spacious design make the house perfect for parties, but the living room can open up to the patio making it easy to host an indoor/outdoor party. 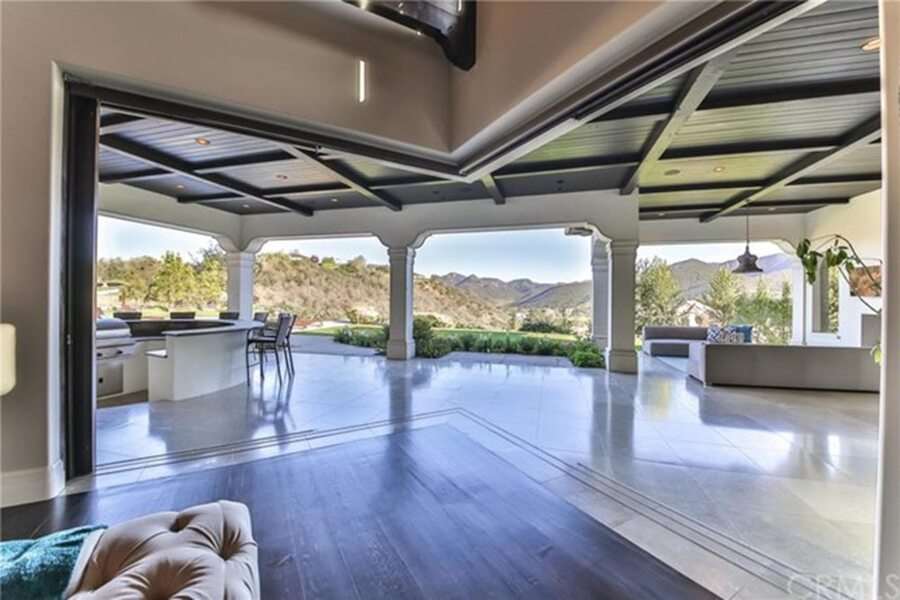 With grounds like this, who would not want to hold a party outside? 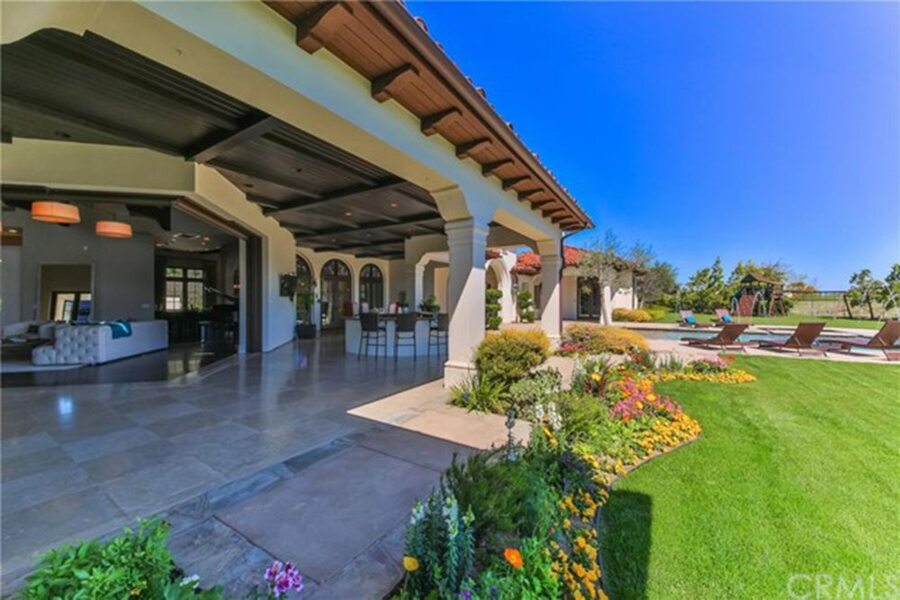 Yes, that is a grill inside of the island in front of the flat screen on the wall. 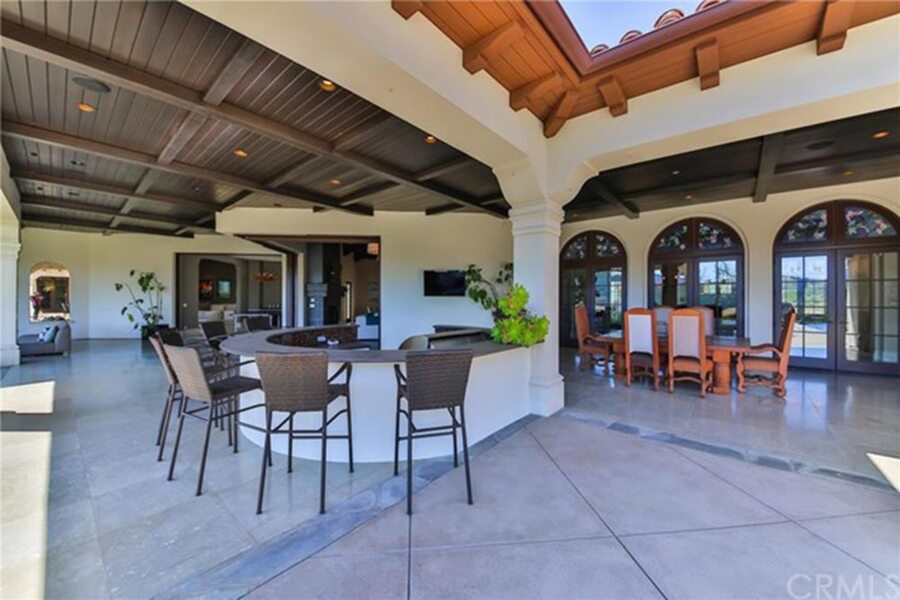 Should it get a little chilly, party guests can start a fire while they recline on one of the couches. 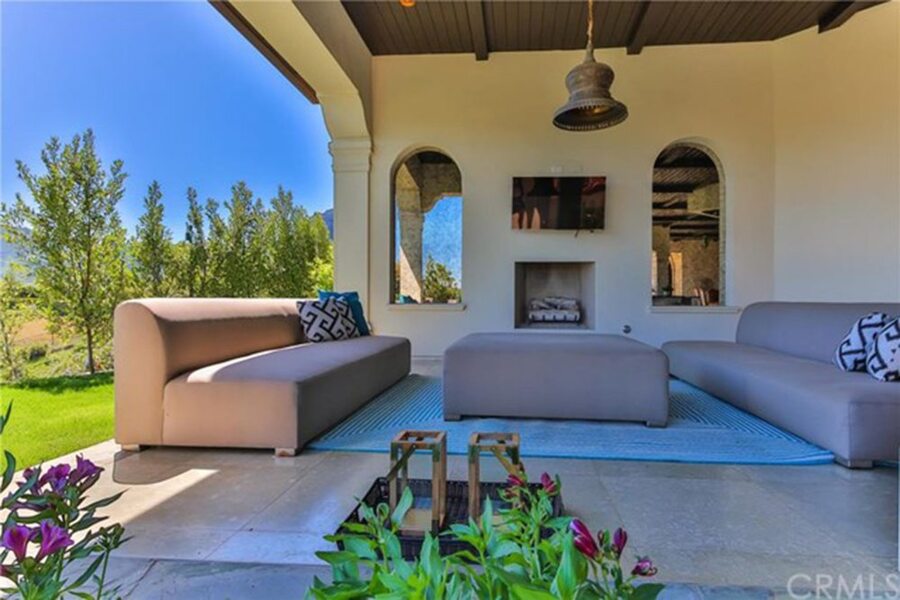 You would think a house this size would have more than enough space for a single mother of two, but Britney decided she needed something bigger. Her new house – barely four miles from her old one – is roughly 13,000 square feet, with five bedrooms, 7.5 bathrooms, a pool, a pool house most of her fans would love to live in, a lighted tennis court for when she feels like playing a little tennis at midnight, gardens, and a three-green golf course, situated on about 20 acres.

So it's a lot bigger than this. 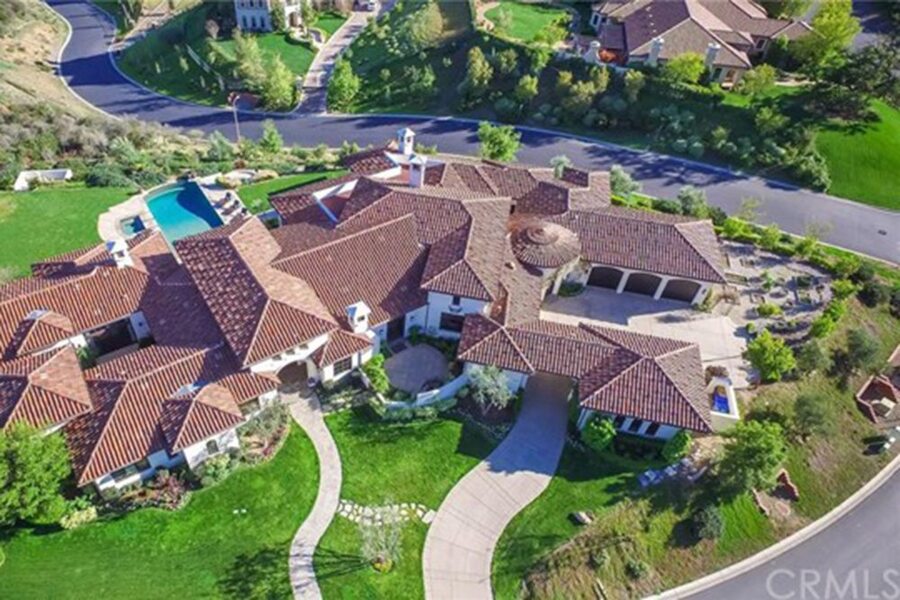 Now 34, Britney Spears has certainly come a long way over the years. She is no longer a mainstay in the tabloids (unless someone is trying to be critical of her incredible body). Either those people are nuts, or they've been staring at the 18-year-old version of her on the cover of her debut album, … Baby One More Time.