By Amy Lamare on October 8, 2015 in Articles › Celebrity Homes

If you're looking for a unique, one-of-a-kind house, have we got the place for you! Fashion legend Pierre Cardin has just put his eccentric mansion in the South of France on the market for $450 million. The over 12,000-square-foot home sits at the apex of the Massif de L'Esteral mountain range.

The home is made of 10 giant terracotta colored bubbles. No, you read that right, we did say "bubbles." The home has three swimming pools, lush gardens, and an amphitheater that seats 500. The mansion has breathtaking views of the Mediterranean. Each bubble is decorated in its own space theme.

Pierre Cardin has hosted hundreds of wild parties at the Palais Bulles (Bubble Palace) for more than two decades. The fashion designer bought the house at auction in the early 1990s, after the death of its previous owner.

Under Cardin's ownership, the mansion became a party palace known for attracting stars such as Pierce Brosnan, Marion Cotilliard. Dakota Fanning, Rhys Ifans, and scores of models. The Bubble Palace hosts an annual party during the Cannes film festival. The most recent Pierre Cardin fashion show also took place at this iconic location. 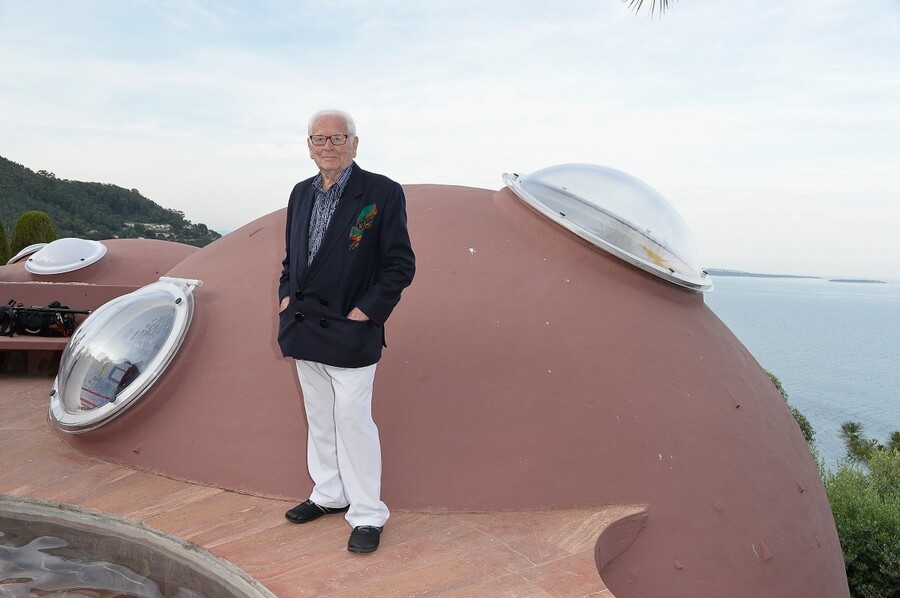 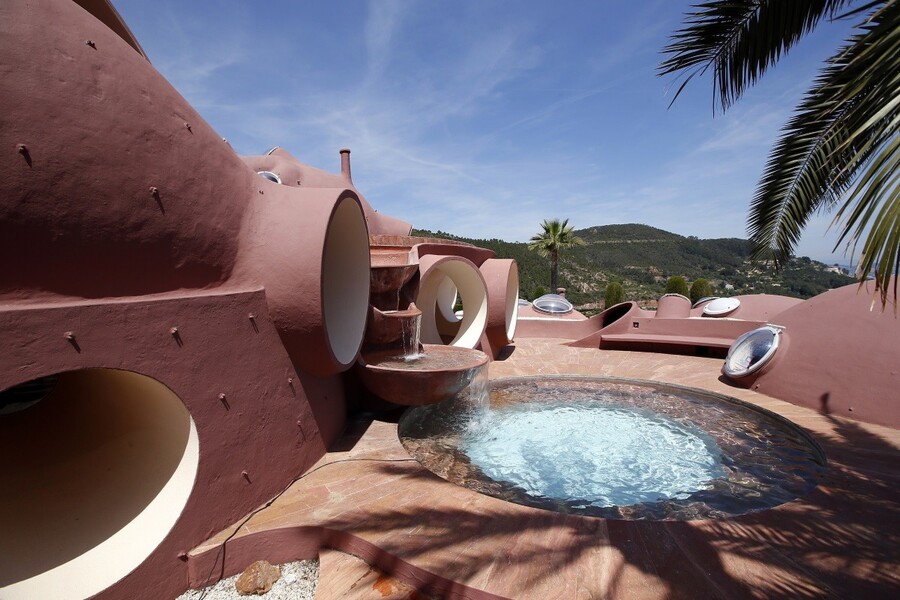 Pierre Cardin was born in Italy in 1922, the youngest of six children. He began working as a clothier's apprentice at the age of 14. He moved to Paris in 1945 to study architecture and work at the fashion house of Paquin. After a period of time working for Elsa Schiaparelli, he became the head designer for Christian Dior's label in 1947. Cardin first rose to fame in the 1940s and 1950s for his avant-garde style and space age designs. He founded his own fashion house in 1950, where he showcased his preference for geometric shapes. Cardin introduced the bubble dress in 1954, long before he bought the eccentric house in the 1990s. Cardin was one of the first designers to use his name to make more money. He licensed his famous name, putting it on everything from pantyhose to perfume to pots and pans.

The mansion was started in 1975 and completed in 1989 by Hungarian architect Antti Lovag. Lovag is well known for his aversion to straight lines and angles, hence the bubble-shaped rooms. The home's design was inspired by caves. The mansion is built over six levels of a rocky outcrop on the volcanic mountain range known for its red hued rock.

Cardin rents the bubble palace out for $1,000 per person per night. The entire complex can be rented for $13,276 per day.

Apparently, selling has been on the 93-year old designer's mind for quite some time. Over the past six years, Cardin has been selling off bits of his empire. He sold his textile business in China, he put his famous Parisian restaurant Maxim up for sale, and he's spoken of wanting to sell his global fashion label for more than $1 billion. Cardin has no children to whom he can leave his fortune and he wants the brand he created to live on once he is gone. Pierre Cardin has a net worth of $800 million.

The Bubble Palace is not the only bizarre property in Cardin's real estate portfolio. He also owns the chateau that formerly housed the Marquis de Sade.

One thing is for sure; the Bubble Palace will attract buyers with a taste for the unusual and eccentric.